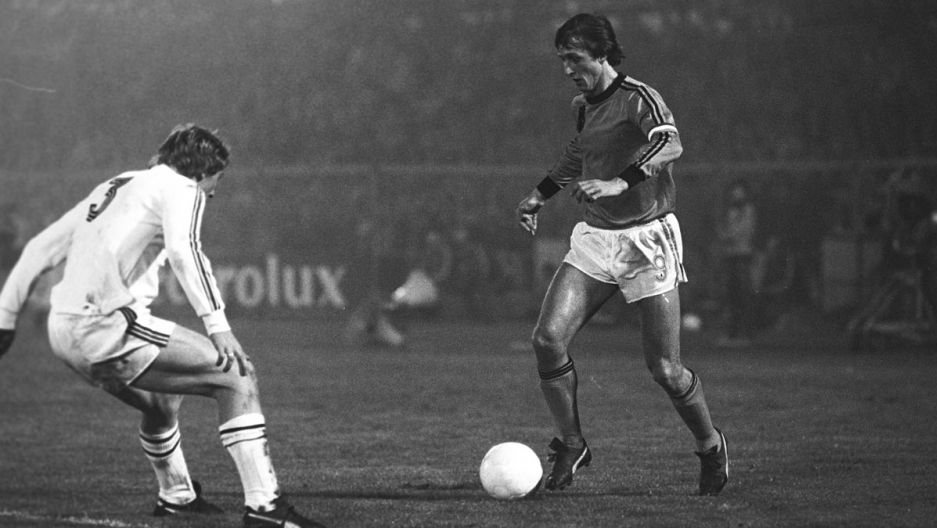 Dutch soccer legend Johan Cruyff was one of the best ever in the sport, and a pleasure to watch on the field.

He died Thursday at the age of 68, after a battle with cancer.

I was 9 when I first saw Cruyff play. I was in Italy watching the games of the 1974 World Cup on a small black-and-white TV. Color wasn’t yet a thing on Italian television.

But even without color, what I saw on that small screen was soccer being revolutionized. The way that Dutch team played was nothing like the soccer I knew.

The traditional way to play soccer up to that point was pretty straightforward: A goal keeper, a line of four defenders, a line of four midfielders and a final line of two forwards. The objective was to pass the ball forward from line to line so the forwards (also called strikers) could kick it into the goal.

But what Cruyff and the Dutch invented in the 1970s blew all that out of the water. Their system became known as Total Football, and I would describe it as organized chaos. The main characteristics are that any player can move into another’s position, confusing opponents, and that any player could defend, create or score goals. Cruyff himself said: “In my teams, the goalie is the first attacker, and the striker the first defender.” 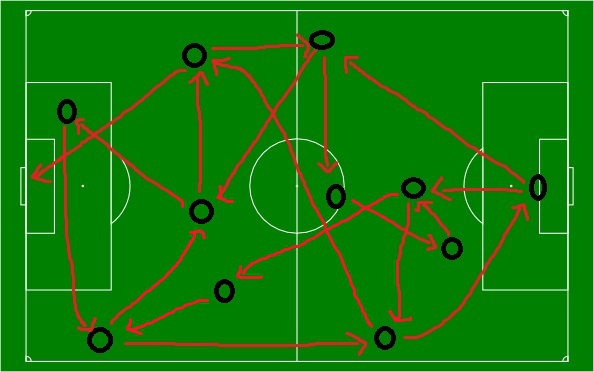 But Total Football would never have become a revolutionary movement without the perfect player to implement it and inspire his teammates to do the same. And that perfect player was Cruyff. He was super skilled with the ball at his feet, as demonstrated here:

I'm still trying to master this move. Cruyff was SO ahead of his time. #RIPJohanCruyff pic.twitter.com/sRpI9Sg337

That move, by the way, was his invention. It’s now called the Cruyff turn, and kids today still struggle to learn it. Heck, I’ve been trying to master it myself for decades with only modest success.

But Cruyff also pioneered something that is central to Total Football: movement into space. Instead of waiting for the ball to come to him in a pre-determined area of the field, Cruyff moved to wherever the other players were not. He himself was supposedly a striker, but if the space was away from goal, near the middle of the pitch, he’d go there and get the ball.

“There’s only one ball,” goes another famous quote of his, “so you need to have it.”

Of course, Cruyff also knew what to do with the ball once he got it. He was a master dribbler, had a vision for the perfect pass and could score goals at will. Others on the Dutch team were good at some of those things as well. But only Cruyff was the whole package.

He wasn’t easy to work with, though. Everywhere he went, there were stories about Cruyff butting heads with coaches and the powers that be. During the 1974 World Cup, Cruyff was the only player on the Dutch team who refused to wear the official team jersey, supplied by the German brand Adidas. Cruyff had a contract with another supplier. So while all of his teammates wore orange shirts with the three Adidas stripes down their sleeves, Cruyff demanded special shirts made just for him, with only two stripes. I’m not sure anyone else has ever gotten away with that.

As far as Cruyff’s legacy goes, look no further than FC Barcelona, universally considered one of the best soccer clubs (if not THE best) on the planet. Cruyff played there after leaving the Netherlands. And after his career was over, he coached there too.

He brought with him a philosophy that you can still see every time Barcelona’s superstars take to the field. “Playing football is very simple,” he once said. “But playing simple football is the hardest thing there is.”

It was also his idea that Barcelona develop a youth academy to develop future talent. And that the academy’s curriculum incorporate the best of Total Football.

That academy, La Masia, is still around. And it boasts several generations now of amazing players, many of whom have played a role in bringing a cascade of trophies to Barcelona and Spain.

La Masia is also the place that forged Argentina’s Lionel Messi into arguably the best soccer player ever. And we can thank Johan Cruyff for that, too.  Rest in peace, Johan.