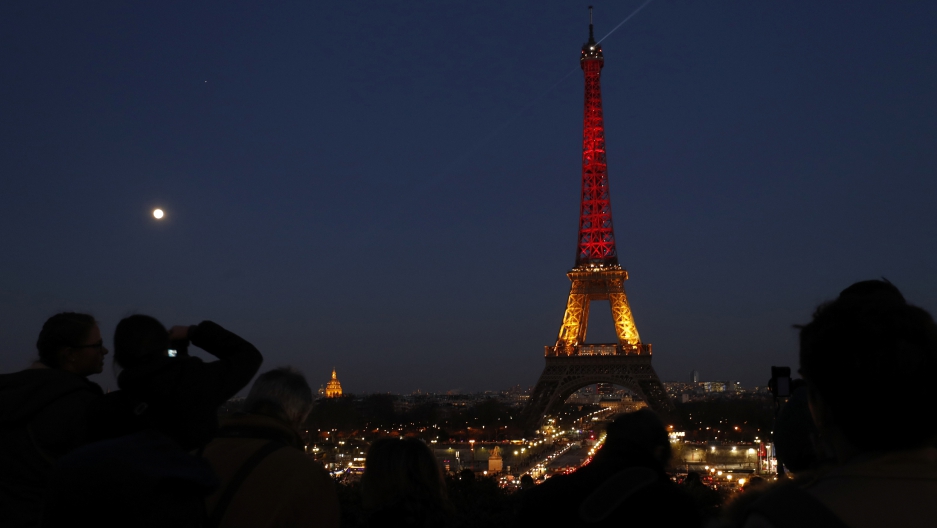 The Eiffel Tower is seen with the black, yellow and red colors of the Belgian flag in tribute to the victims of Tuesday's Brussels bomb attacks, in Paris, France, March 22, 2016.

The terrorist attack Tuesday morning in Brussels has prompted an outpouring of support from around the world.

With memorials, remembrances and even musical performances, people sought to make sense of the deadly violence. 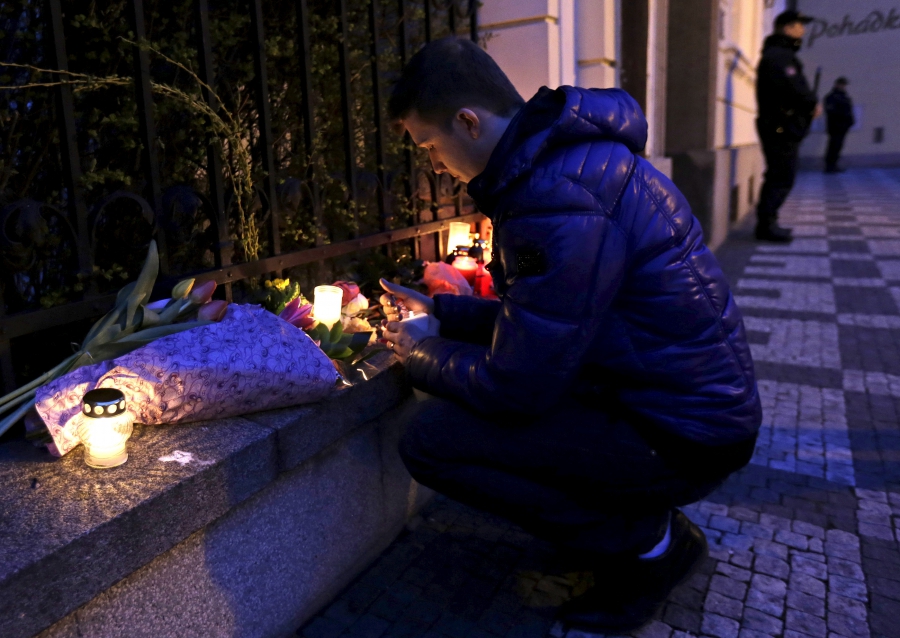 A man lights a candle in front of the Belgian embassy in Prague, Czech Republic, in memory of the those killed in Brussels.

People display a solidarity banner on the steps of the old stock exchange building in Brussels following the bomb attacks. The banner reads "I am Brussels" in French and in Flemish. 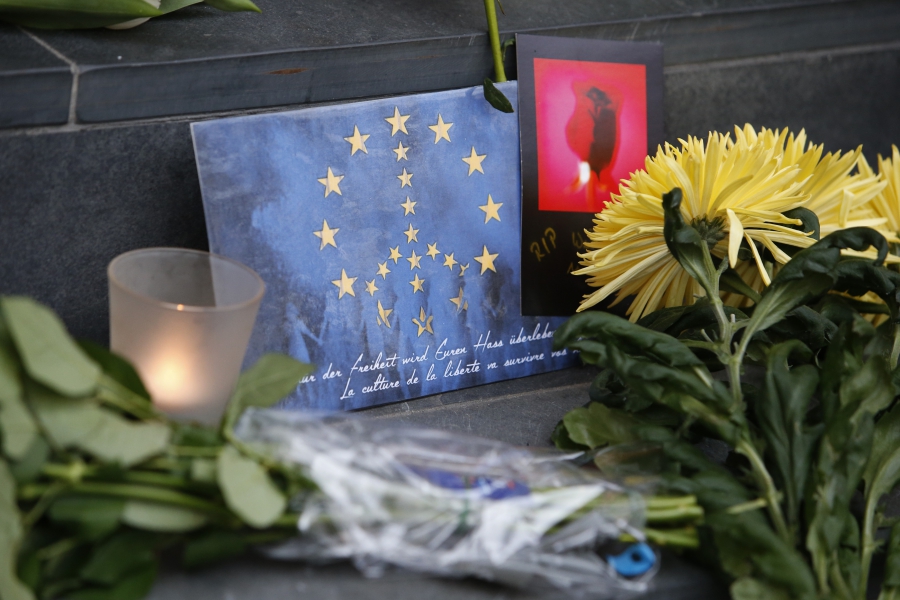 Flowers and a candle for the victims are placed on the steps of the Belgian embassy in Berlin, Germany. 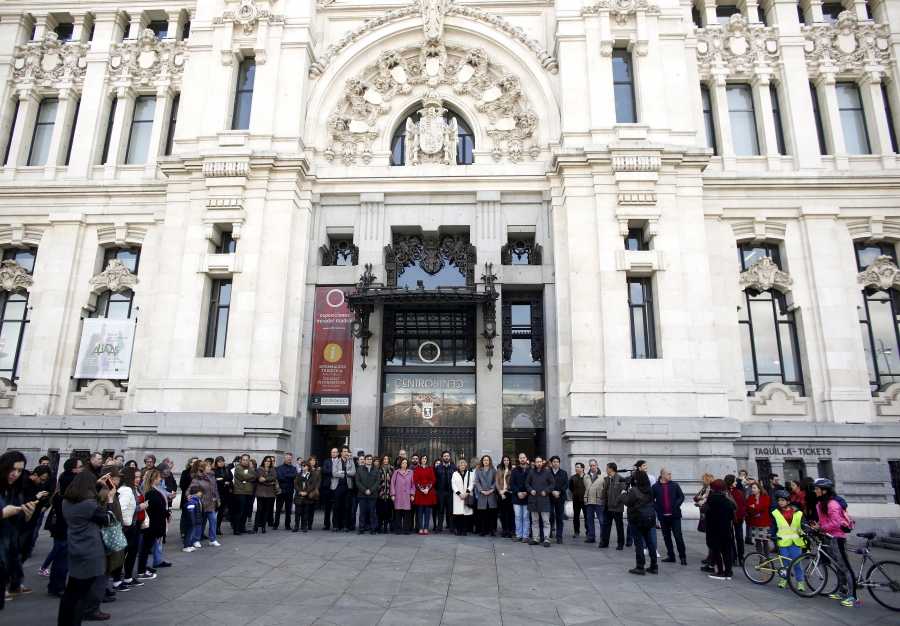 Madrid Mayor Manuela Carmena stands with other politicians, including Podemos ("We Can") party leader Pablo Iglesias, in front of city hall in Madrid, Spain, on Tuesday and observe a minute of silence for the victims of the attacks. 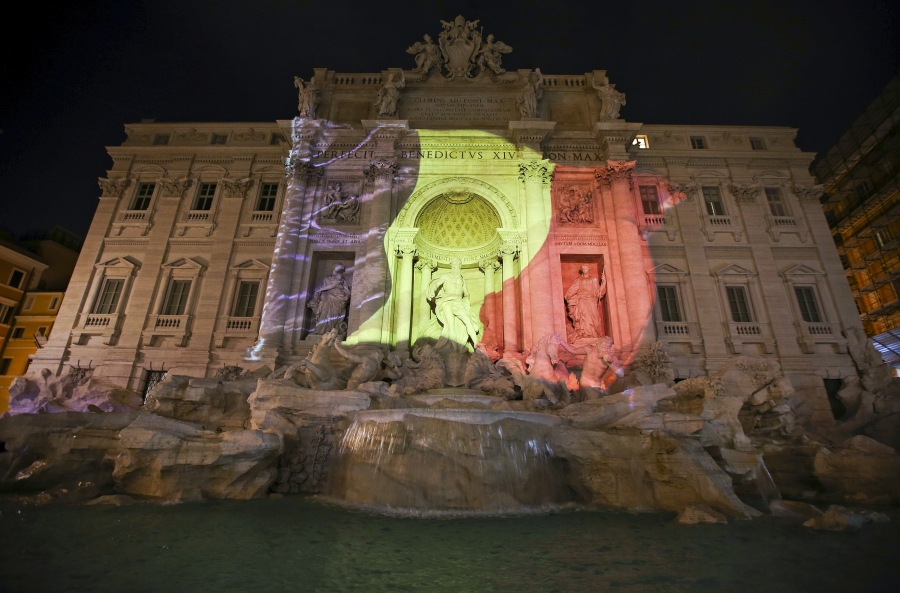 The black, yellow, and red colors of the Belgian flag are projected on the Trevi fountain in Rome, Italy, in tribute to the victims of the Brussels bomb attacks. 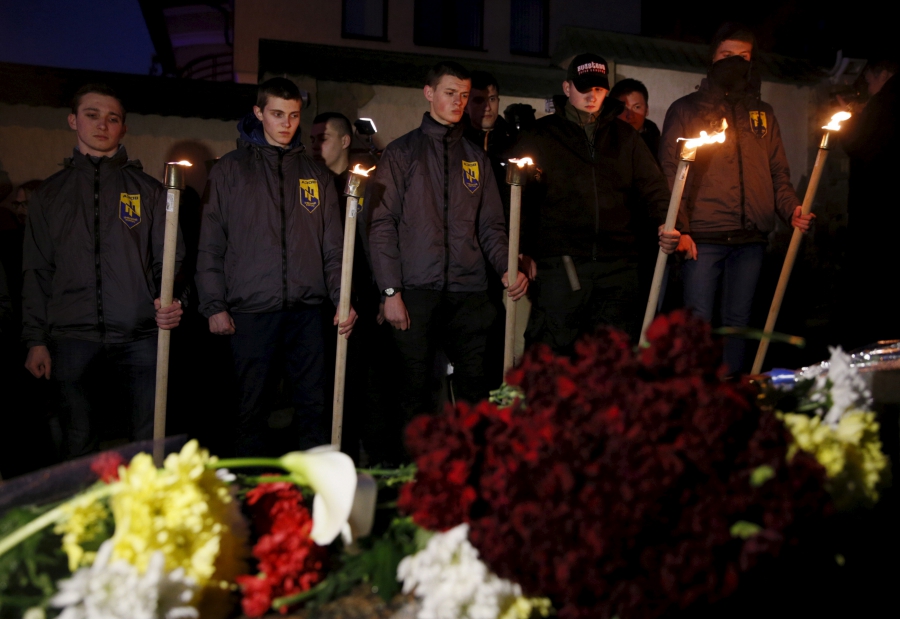 Activists of the Azov civil corp commemorate the victims near the Belgian embassy in Kiev, Ukraine.

A woman places flowers for the victims of the Brussels attacks in front of the Belgian embassy in Moscow, Russia, on Tuesday. 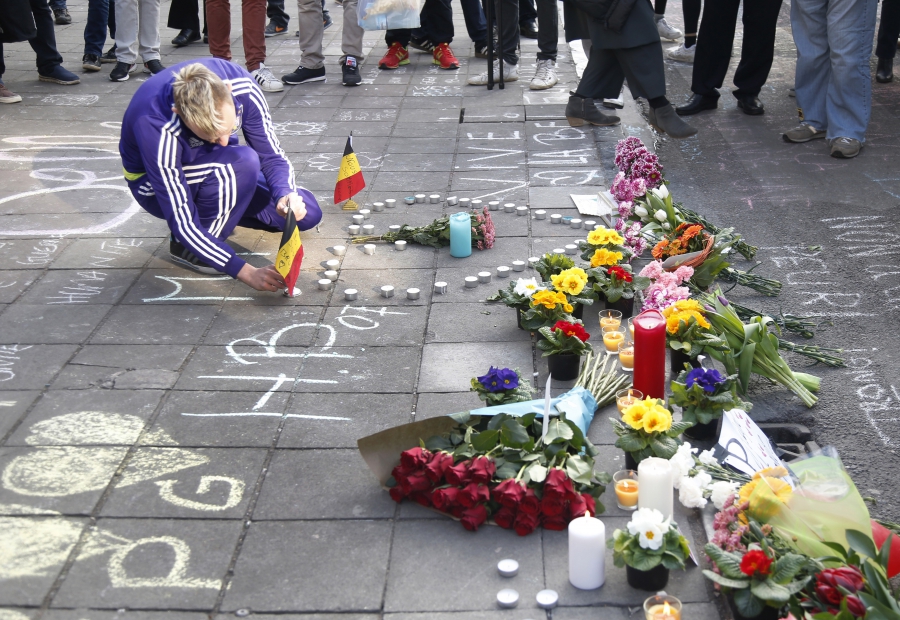 A man places a Belgian flag on a memorial in Brussels following the bomb attacks.