It's women's history month, and your favorite radical feminist avengers want you to go ape. The Guerrilla Girls have been making noise about gender and racial inequality in the art world since 1985. Fighting discrimination with a sense of humor and their signature faux fur, these masked feminists continue to challenge major museums to spotlight more women and artists of color. 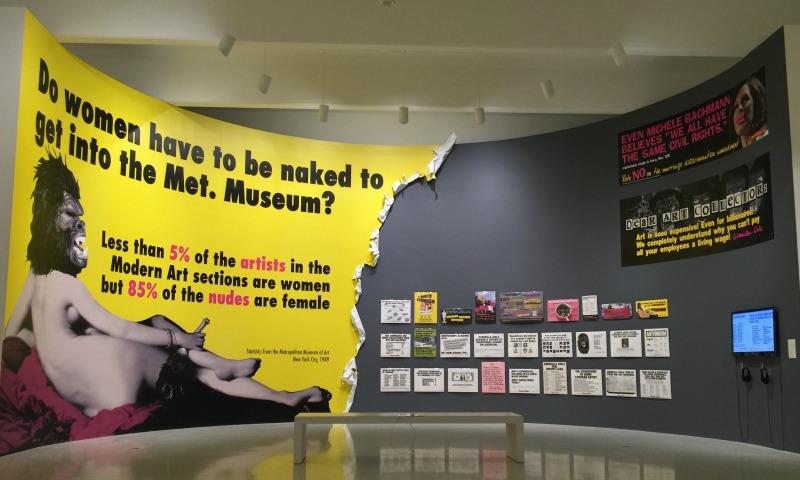 The Guerrilla Girls formed after a 1984 exhibition titled "An International Survey of Recent Painting and Sculpture" ran at the Museum of Modern Art. Although the show purported to be an update on the most significant contemporary art in the world, it featured 156 men, 13 women, and no artists of color. Outraged by this imbalance, the founding members of the Guerrilla Girls got together and did some research. They found that this kind of lopsided representation was disturbingly common among galleries and museums. They started issuing report cards and progress reports for art world institutions, bringing attention to the problem.

Now, 30 years later, the Guerrilla Girls are still raising flags about the fact that not much has changed. Their side by side 1985-2015 posters point out the slim improvements museums have made in showcasing women artists. And their 2002 "anatomically correct Oscar" billboard came up again during this year's media firestorm. Some posters they've revamped to suit 21st-century trends, like the legendary "Do women have to be naked to get into the Met. Museum?"--- with "The Met" scribbled out and replaced with "music videos." 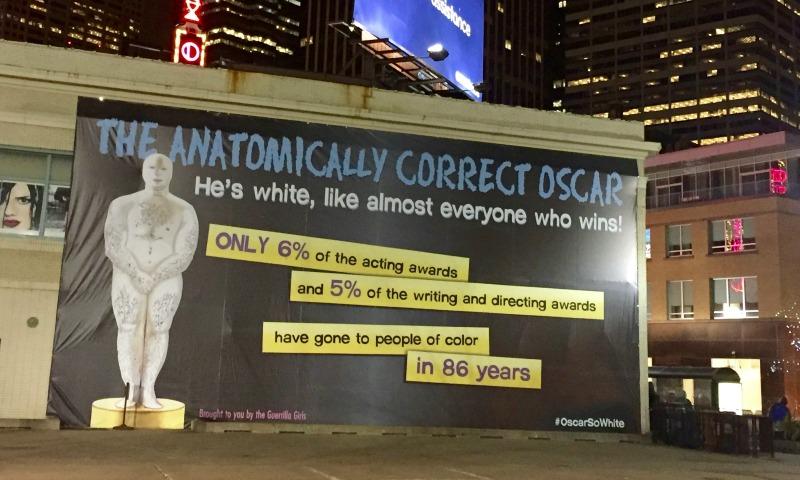 Through the end of this month, pop-up art shows from over 20 arts and cultural organizations in Minneapolis and St. Paul are teaming up with The Guerrilla Girls. Inspired by the group's mission, the venues are tackling stereotypes and highlighting underrepresented artists.

Though their own art has long since entered the mainstream --- appearing at the Venice Biennale and entering the collection of the Whitney --- the Guerrilla Girls won't be able to retire anytime soon. Of the top 100 auction sales in 2015, only one went to a piece of art by a woman (one of Louise Bourgeois' "Spider" sculptures). That's actually an improvement --- in 2013, no women made the top 100. So discrimination in the art world is very much alive. Until museums and galleries take greater strides to implement change, The Guerrilla Girls still have a lot of work to do.