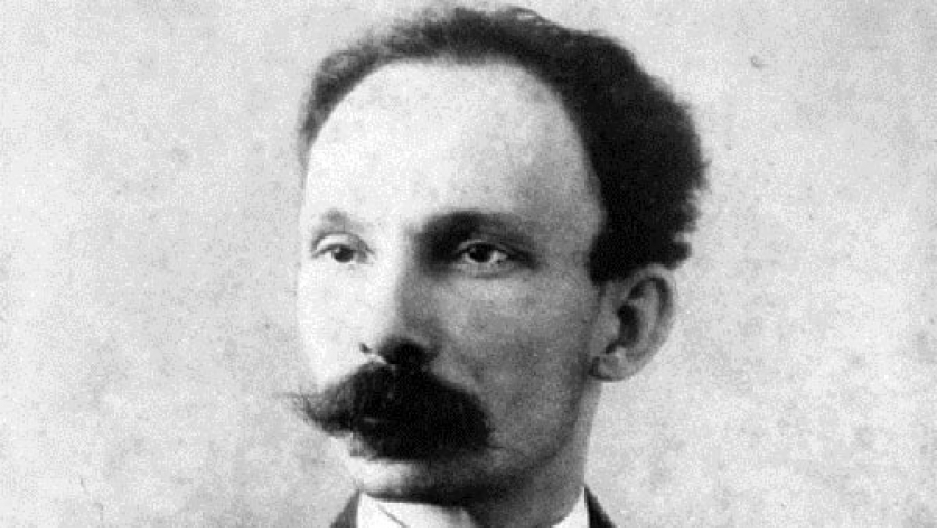 Pretty much every foreign leader who visits Cuba lays a wreath at the tomb of independence hero Jose Marti. President Barack Obama was no exception, when he made his historic visit to communist Cuba. But just who was Jose Marti?

There are monuments to plenty of heroes in Revolution Square, in downtown Havana. Che Guevara is there. But the monument to Jose Marti towers over them all.

Jose Marti is revered by all Cubans as the founding father of independence: something like Thomas Jefferson, Ben Franklin and Thomas Paine rolled into one.

Poet, writer, philosopher. He was in a sense the intellectual architect of independence from the colonial power: Spain. He helped inspire a revolution in 1895 that helped win that freedom.

He had a short life, but his collected writings fill more than 50 volumes. Not only political tracts and journalistic articles and essays, but also poems, novels and even stories for children.

What's really remarkable is that all Cubans revere him still — both the communist Castros and their bitter opponents among the emigres in Miami, who named their propaganda station, Radio Marti, after him.

And Marti is not just a big deal in Cuba. His fame and popularity extends across Latin America. His writings addressed all Latin Americans, and encouraged every country in the continent to find its own unique system of government that was right for its unique people and environment.

But Marti wasn't such a big fan of the United States. He admired the US system, and was grateful for finding sanctuary there during long years in exile. He lived for many years in New York.  But he was also worried the growing American power was so great that it could easily come to dominate Latin America.

Marti warned his fellow Cubans to be wary not to allow US domination to replace that of Spain. He was prescient, as that was pretty much what happened in 1898, when the US went to war with Spain and seized control of not only Cuba, but also Puerto Rico, Guam and the Philippines. In the decades that followed, the US meddled in the affairs of numerous countries across Central America and the Caribbean, often by force.

Marti had a tremendous mind; he was a great thinker and an inspirational writer, but one thing he failed at was soldiering.

In 1895 he sailed to Cuba to join the revolution that he inspired against Spain. He was accompanied by experienced military men who directed the fighting. Marti felt they looked down on him, for his lack of military abilities.

So one day when one of these experienced soldiers ordered a retreat, Marti decided to attack, apparently to prove his courage. Marti made a perfect target, being well-dressed and mounted on white horse, and was quickly shot down by Spanish soldiers. He was just 42.