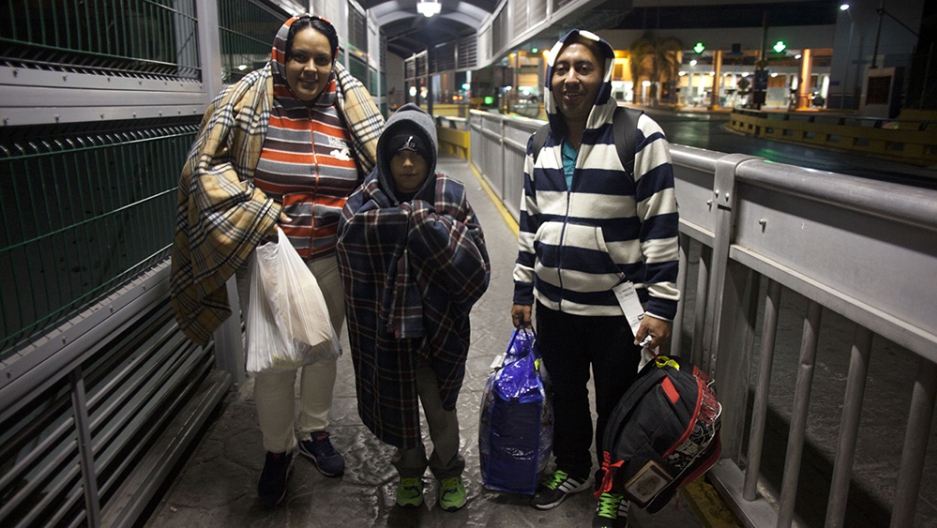 In January, when photographer Mónica González arrived in La Cruz, Costa Rica, to document the rising number of Cuban migrants passing through there, en route to seek asylum in the US, one group stuck out: the González family.

“The father, Yosmany, had already tried to leave Cuba twice. He made rafts for the trips and was detained at sea both times and sent back,” González says. “This was his third try and I was struck by his determination, and how his family was with him this time.”

Why did Yosmany want to leave? “He drove trucks, trailer trucks, and said that he had wanted for a long time to leave because the salary was so low and that his family lived week to week,” says González. “It was also about the future of his kid. He didn’t want to see him survive off the food rations they’ve lived off for so many years.”

González, who is based in Mexico City and collaborates with Periodistas de a Pie, also met other Cubans, doctors and lawyers with college degrees, who wanted to practice their professions for more pay elsewhere.

A desire to make better pay and provide for a family is what drives many migrants to leave their homes, says González, who has followed the story of migrants from elsewhere in Latin America — Mexicans, Central Americans — for years. “So much has to do with how much money you have,” she says.

But with Cuban migrants, González saw just how different their US-bound movement was, compared to Central Americans and Mexicans. “The Cubans had shelters — food, somewhere to sleep. It was organized. They didn’t have to worry about getting deported along the way.”

But she is quick to point out that no trip over land for thousands of miles is easy for anyone. “There is still no way around having to pay people off along the way to make things easier,” González says. “It might be the person getting you on the boat, on a bus, what night. No matter what, people will find a way to make money off migrants. And then there is something all migrants have in common — leaving their homes. That’s not easy for anyone.”

Want to know more about US policy toward Cuban migrants? See our quiz.