Yvette Barrera and Stephanie Madrigal are both in their first year at colleges in Portland, Oregon. They're thrilled.

"I love the University of Portland," Madrigal gushes, reflecting on several months at the private religious college. "It is a phenomenal institution and I don't think I could've made a better choice than to attend UP."

"I am currently in my second term of attending Portland Community College and I am loving the school," says Barrera, who is balancing time on the soccer team with a job, all while managing a 4.0 GPA. 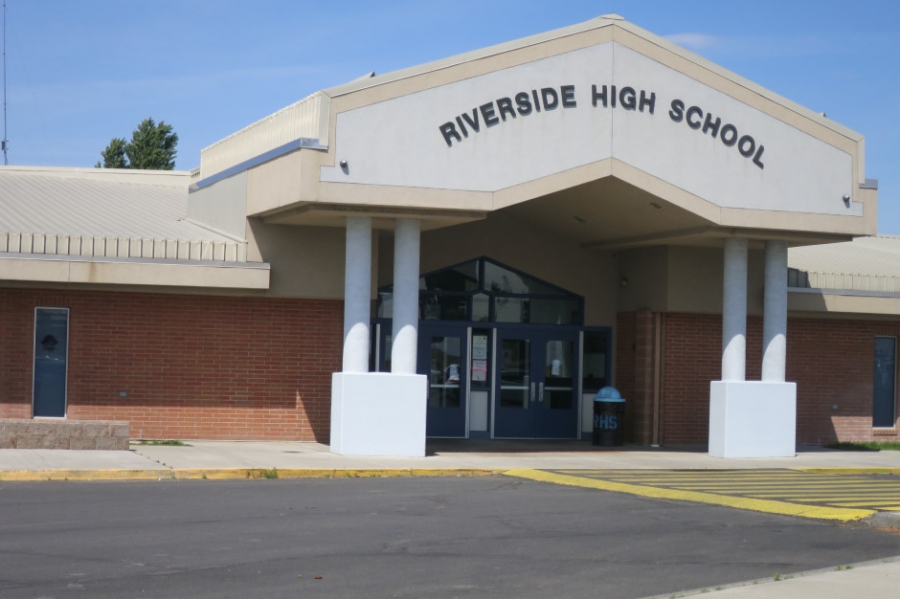 Riverside High School in Boardman, Oregon is more than 80 percent Latino. It's one of more than forty high schools in the Eastern Promise program.

Their experience provides insight into what can help and what is a continuing challenge for children of immigrant families.

The Riverside classmates started out on very similar paths, but the transition has been a little different for each of them.

Barrera and Madrigal got a big head start on college thanks to a program developed by high school and college leaders in eastern Oregon. Eastern Promise makes it easier and less expensive for students to earn college credits, by attaching credit to high school courses taught by traditional high school teachers.

“Let’s say, Mrs. Brown on one side of the hall is able to offer Biology 101,” Mulvihill says.  “And let’s say across the hall, Mr. Smith teaches bio, but not for college credit."

“In the past, few families would have known about college credits available in Mrs. Brown’s class,” Mulvihill says. “They were hidden gems. Schools actually had to keep those opportunities — those college-going opportunities — kind of a secret.”

They were kept a secret because there simply wouldn't have been room in the college credit class, if all students found out.

And the families who were the least likely to know about the college-going opportunities were immigrant families — one of eastern Oregon's fastest-growing demographic groups.

At the same time, eastern Oregon schools were seeing a troubling dynamic: while graduation rates were higher than Oregon's average and improving, the rates of those graduates going on to college were not.

What kind of students have the lowest graduation rates?
How does ethnicity, identity, financial background or language ability affect graduation rates in public high schools?
Take the quiz.

When Eastern Promise started out a few years ago, it was a patchwork of programs that attracted mostly white students. That changed as administrators focused on getting students credit for language.

One afternoon last spring, as Barrera and Madrigal were checking their transcripts with administrators, they ran into three younger Latino students in the counseling office.

The three younger students sat down to take Spanish language exams — a written one and an oral one — to earn 12 college credits, in an afternoon.

Those 12 credits were also the beginnings of the lengthy college transcript that Yvette Barrera and Stephanie Madrigal compiled while at Riverside High.

Barrera earned enough credits to finish a two-year degree — with credits earned at Riverside and at a summer program at Eastern Oregon University, more than an hour and a half away in the city of La Grande.

She says cobbling together credits as administrators were still figuring the program out was hard.

"I think it's better that there is more creidts and they're advertising it more," Barrera says. "It makes it so much easier."

Madrigal was also working hard to earn an Associate's degree through Eastern Promise. She padded her credit total with online classes.

"I'm taking three online courses," she says — in addition to a full set of classes in the high school. "In all, I'm taking eight. They told me it was unethical, but I'm doing it, and I'm doing pretty good."

Madrigal jumped straight to the University of Portland — a four-year private college in the city's upscale Overlook neighborhood.

"I think I am doing well in class," she says. "It was a little rough my first semester, as it was a huge change from high school and I was trying to get accustomed, but I still managed to get As and Bs."

Madrigal says she's adjusting, and feeling more confident this semester. But she had to adjust to the higher demands of a strong liberal arts college.

"Classes were definitely more challenging than I had expected," Madrigal says. "I took some courses at a community college during high school, but they were far easier than the courses here at UP. Classes aren't ridiculously difficult, but being a private school, I image that they must be a little more advanced than what I have previously taken."

The adjustment for Barrera at Portland Community College has been a bit easier.

"Classes are not as challenging as I thought, but there are some moments where I do struggle," Barrera says. "I did get a little practice from taking college classes in high school, so I get better with my time management."

Time is something Barrera is continuing to have to manage: In the fall, she had to fit in time to be part of PCC's soccer team. Now, she's holding down a job.

Both college students say it's a difficult adjustment, too, going from a small town with a large Latino population, to a big city, with people from all over.

"My first few days at UP, I felt a little lost because I looked around and realized that, being a first-generation Hispanic student, there weren't many students like me," Madrigal says. "People that I met always seemed shocked when I told that there had only been 60 students in my graduating class. There are more people here at the University of Portland than in my tiny hometown."

But Madrigal says that she's made friends, gets along well with her roommate, and has started with a group that tutors low-income Hispanic children.

Both Madrigal and Barrera say they visit home when they can. But as they're becoming busy college students, that's not as often as their families might like.