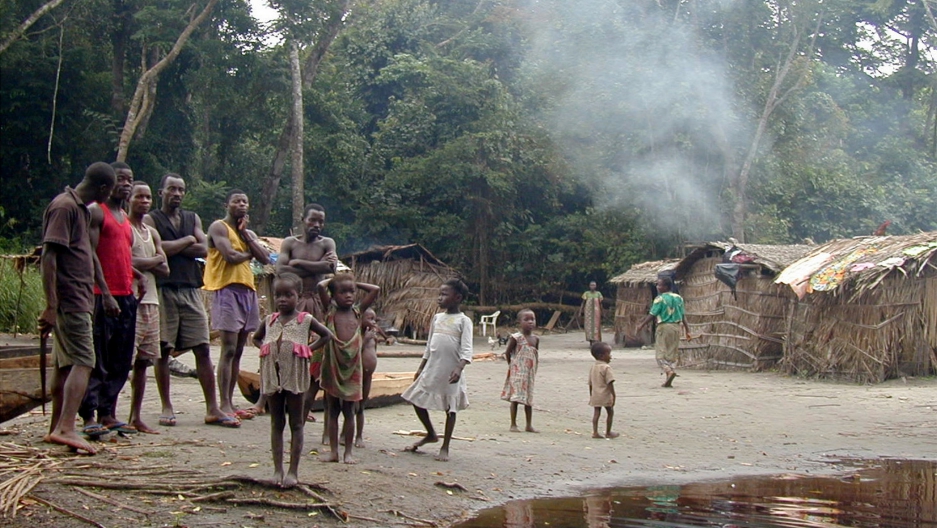 Villagers along the Maringa River in the remote forests of northern Democratic Republic of Congo on Nov. 12, 2002. At the time, conflict consumed their country and spilled over into neighboring Central African Republic.
Credit: Finbarr O'Reilly
Share

On Monday, justice for the victims came at long last. After a four-year trial in The Hague, Bemba was convicted for crimes committed by his troops between late 2002 and early 2003.

Significantly, this was the first time that an International Criminal Court (ICC) prosecution had focused on rape as a weapon of war.

At the start of the trial in 2010, the UN's then-special representative of sexual violence in conflict, Margot Wallstrom, described such crimes as "one of history's greatest silences and the world's least condemned war crime."

Cases at the ICC have been hampered by a shortage of resources and slowed by the logistical challenges of investigating and prosecuting crimes that often occur in remote areas. Sexual violence charges have proved particularly difficult to prosecute.

Bemba is only the third person to be convicted since the ICC was founded in 2002. But his trial, in which prosecutors showed he was responsible because he was in command, sets an important precedent.

Bemba, 53, a rebel leader and former vice-president of the Democratic Republic of Congo (DRC), had led some 1,500 troops into neighboring CAR to put down attempted coups.

There, his troops raped and murdered hundreds of civilians. During his trial the court heard horrific accounts, including of how a man, his wife, daughters and granddaughter were all gang-raped by fighters from Bemba’s Movement for the Liberation of Congo.

There were multiple accounts of young girls raped at gunpoint in front of their families. Victims were left badly injured, traumatized and stigmatized by their communities.

In a unanimous decision, the court found that Bemba had responsibility as their commander. Presiding Judge Sylvia Steiner said he had effective command of his troops and knew about their actions, but did nothing to stop them.

The rapes and murders committed by Bemba's fighters "constituted a course of conduct, and were not merely isolated or random acts," the ICC decision said.

Bemba's lawyers had argued the fighters were no longer under his command after they crossed the border into CAR.

Rights groups say the ICC decision will send a message that high-ranking soldiers and militia leaders are responsible for preventing sexual violence committed by fighters under their command.

Angelina Jolie Pitt, actor and co-founder of the UK government's Preventing Sexual Violence Initiative, said it was "shocking" that Bemba's conviction was the first of its kind.

“My thoughts and my admiration go out to the survivors and witnesses who bravely testified in this case and contributed to this landmark conviction," she said in a statement. "I can only imagine the reaction of victims who in their hearts probably never thought that this day would come."

Carrie Comer, from the International Federation for Human Rights, wrote on Twitter that the verdict was "a historic moment for victims of such unspeakable atrocities."

Bemba, who in a separate trial is accused of bribing witnesses, will remain in custody while awaiting sentencing. He is expected to appeal the verdict.