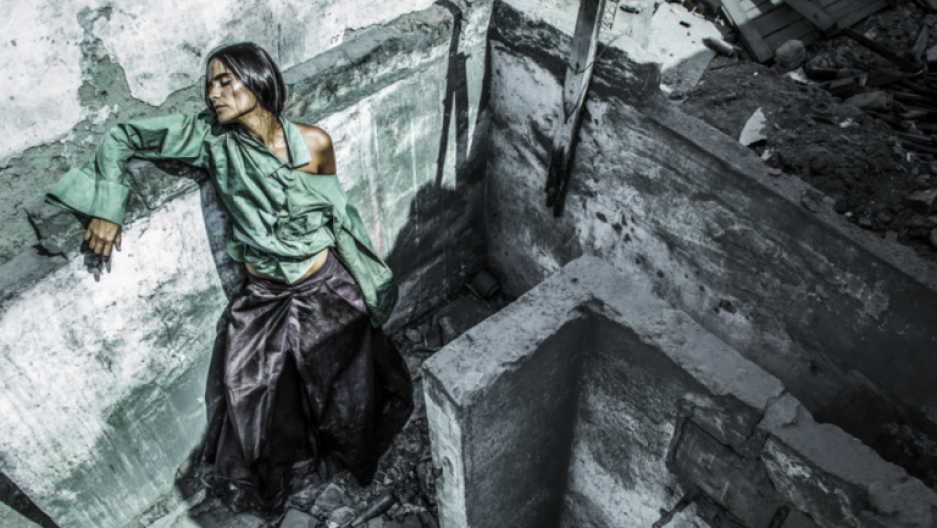 These photos of models in situations that resemble violence from terrorism are raising serious questions.

When it comes to errors in judgment and taste, Peruvian fashion photographer Rodrigo Diaz’s latest creation may be hard to beat.

Apparently oblivious to the still-open wounds he was thrusting a metaphorical knife into, Diaz this week used his Facebook page to unveil his latest shoot “inspired by terrorism.”

Specifically, he was “inspired” by the bloodbath unleashed by the Marxist rebels of the Shining Path, who kicked off a civil war in Peru in the 1980s and 1990s that claimed 69,000 lives.

The Andean nation’s official truth and reconciliation report directly blames Shining Path for 31,333 of those deaths.

Diaz unveiled the photo collection with the words: “Incredible clothes by the designer Valdez Pablo, the beautiful model Giu Weston and the excellent work of Make Up & Hair by Paloma Diaz.”

Here is one of those shots, featuring Weston looking gaunt in front of a ruined building. The setting, and her designer threads, appear to emulate the suffering of the mainly poor, frequently indigenous victims of the Shining Path in remote rural areas of Peru: 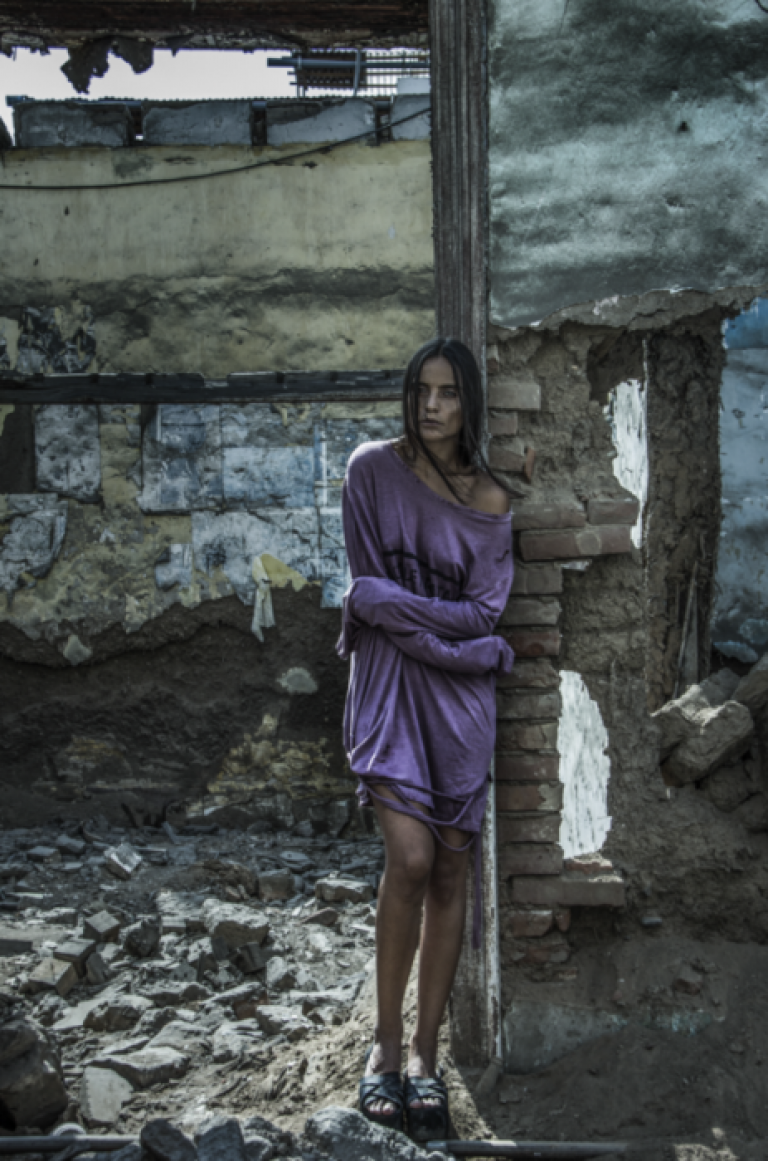 It is left up to the imagination what traumatic terrorist experience the model has endured. Based on Peru’s historical realities, as detailed in the reconciliation commission report, the possibilities include a car bombing, the murder of her baby with an axe or the public dynamiting of a family member’s corpse.

Needless to say, the reaction was swift, with numerous Facebook users attacking the treatment of Peru’s collective trauma.

One posted a link to a database of victims and atrocities at Peru’s Place of Memory, Tolerance and Social Inclusion, a recently inaugurated museum dedicated to the conflict.

He wrote: “That way you can properly inform yourself before trivializing and banalizing such a painful and traumatic experience for our country. Regrettably, your project has been, to say the least, an insult to the tens of thousands of victims of the two decades of violence and the very historical memory of Peru, which is costing so much effort to preserve.” 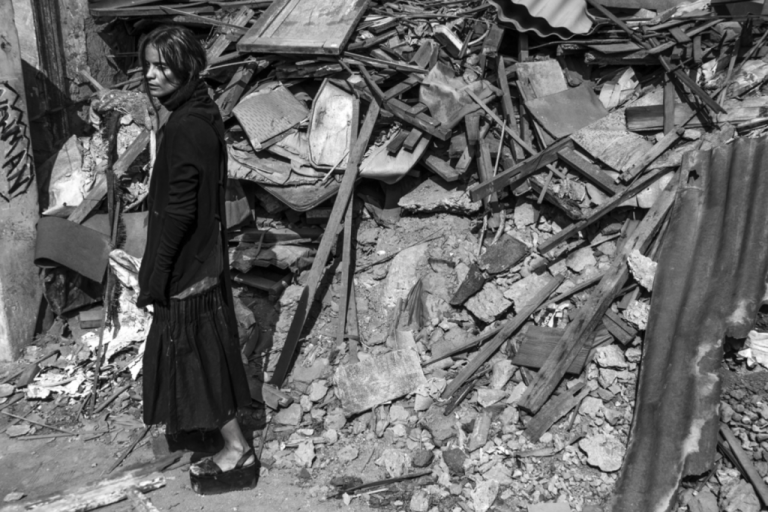 And the Pamphlet, Peru’s equivalent of the Onion, used satire to make a deadly serious point about the deep racial divisions that plague Peru.

It ran this tongue-in-cheek article headlined “They launch ‘TerrorChic,’ a clothing line inspired by the era of terrorism but without cholos.”

“Cholo,” a Spanish term with many layers of meaning, can be summed up as referring to a dark-skinned person of indigenous descent.

Diaz did not respond to requests for comment, but he did pull the original Facebook post, and replace it with a long apology and explanation. In that, he blamed his own clumsy introduction for causing offense and said that instead of saying the shoot was “inspired by terrorism” he should have noted its name: “Scars,” although the original post included an image with the slogan “I don’t forget, nor forgive.” 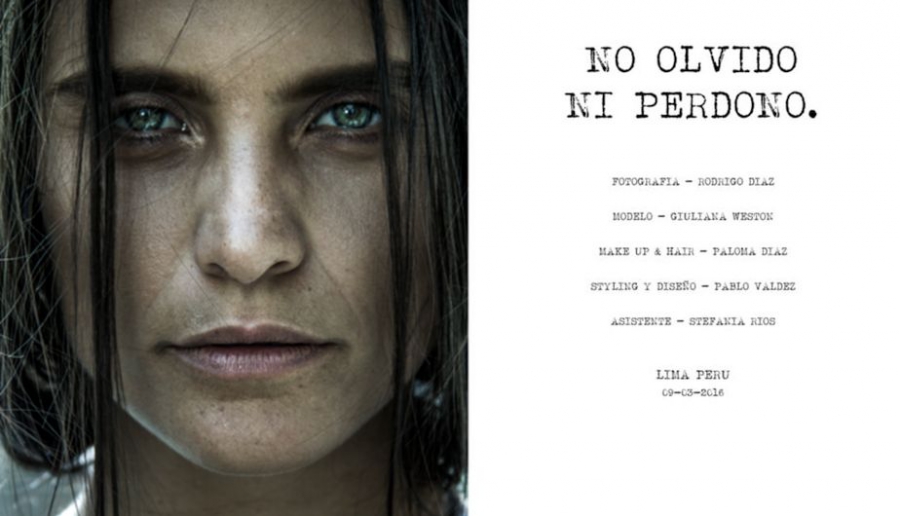 That might go some way to soothing the raw feelings. But even when well-intentioned, is a fashion shoot ever an appropriate vehicle for creative expression about such terrible events?

The furor could hardly be timelier.

The Shining Path was eventually crushed by the 1990-2000 administration of President Alberto Fujimori. But the tactics used remain controversial, including illegal death squads targeting terror suspects, some of whom turned out to be unconnected to the armed rebels.

Fujimori is now serving a 25-year jail term for ordering those killings and for massive corruption. But his daughter, Keiko Fujimori, is the frontrunner by almost 20 points in upcoming presidential elections.

For many Peruvians, the misdeeds of the Shining Path and Alberto Fujimori go hand in hand, and the renewed debate about that controversial decade is stirring up more painful memories.

This story was first published by GlobalPost.