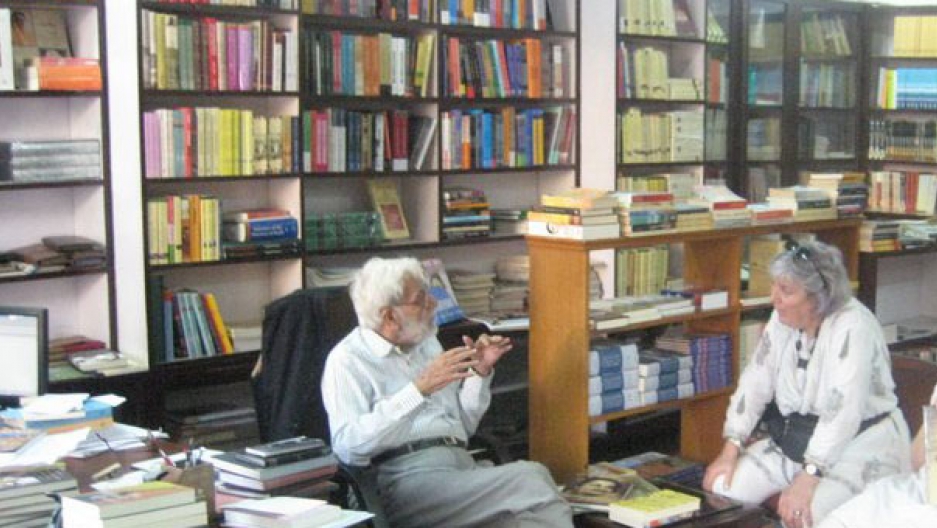 Ram Advani in his bookshop, Ram Advani Booksellers. He ran it for more than a half century.

Every year when I go back to Lucknow to visit my family, one of the people I look forward to seeing is Mr. Ram Advani. Having a conversation with him over a cup of chai in his decades-old bookshop, Ram Advani Booksellers, has always been a highlight of my trip to India.

But this year, I visited him in his house. He was sick and was lying on his bed. I knew — although I was in denial — that was the last time I would see him.

Last week, the 96-year-old bookseller died in Lucknow. I had known Ram Advani for most my life and we’d been good friends for the past 20 years. Lucknow is mourning him. But it goes far beyond my hometown. He had been selling books for more than six decades and had guided hundreds of scholars who came to him from around the world. I was fortunate to know him. He was one of the last things that hadn’t changed in Lucknow since 2003, the year I left India for the United States.

His bookstore was in one of the oldest buildings in downtown Lucknow. In the middle of the city hustle and bustle, he could be seen through the tall windows and glass doors chatting with a scholar or two.

If you wanted to mail him a letter, you didn’t need the street address of his bookstore — his name was enough.

I don’t know what it will be like the next time I go to India. For me his death means more than the loss of a beloved bookshop and a wonderful man. It’s the death of conversation in Lucknow.