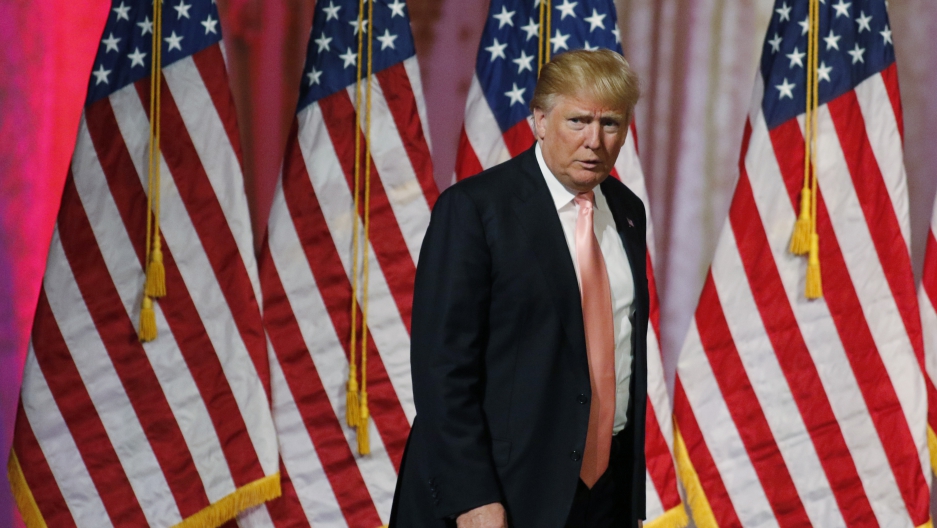 In the days before and immediately after Donald Trump declared his candidacy for the Republican presidential nomination, I refused to talk about him on the air.

Ahead of his run, Trump had spent several years as the public face of the "Birther" movement. Despite available evidence, he openly questioned President Obama's place of birth, his citizenship and religion, and ultimately his legitimacy. This cynical sop to racists guaranteed that Trump stayed on TV and in the news as he built a constituency for what was then his special brand of carnival-style conspiratorial politics.

I evaluated Trump then as a walking infomercial for BS who could only benefit from outraged coverage. I didn't want to be part of what I saw him doing. Since reliable evidence had done nothing to dissuade Trump from playing to hungry fringes, refuting birtherism with facts seemed a pointless merry-go-round exercise.

What I missed, along with many (or most) political journalists, was Trump's ability to unbind the Republican primary from normal GOP orthodoxies.

Trump cannot and should not be ignored now. So we've covered his campaign with a wide range of analysts, supporters, detractors and reporters.

And that last group has been asking itself a lot of questions about how to cover Trump. Even before Trump came on the scene, political journalism had been having an internal argument. Our profession's standards honor objectivity, or if you hate that word, fairness. But more and more of us have been calling into question the "cult of objectivity." That is to say, the rigid devotion to balance that unbiased political coverage is supposed to require.

Some, like The Intercept's Glenn Greenwald, argue that the cult of objectivity is an artifact of a corporate-controlled media. That "on-the-one-hand, on-the-other-hand" reporting has the effect of regressing coverage to a mean that is compatible with the bottom line. Greenwald is far from alone.

When it comes to Trump, the argument, in my view, takes on an entirely new dimension. What does it mean to be fair to a candidate who advocates banning entire religious groups, or incites violence at rallies? I argue that calling that behavior "racist" and "xenophobic," and calling incitement by its name, is completely fair. The actions earn the label. One need not be an advocate against a candidate or for his or her opponent to refuse to countenance inhumane actions.

This is thorny territory, I know. Anti-abortion advocates could apply this standard to their preferred terminologies. They could insist that a fair journalist call Bernie Sanders or Hillary Clinton (or, formerly Donald Trump, for that matter) "pro-killing fetuses."

Related: Thousands rush to complete their citizenship to vote against Trump

Calling a candidate's action by critical names can come at a price, but not as heavy a price, in my view, as refusing to do so. Several key features of Trump's populist rise are depressed wages, disappearing jobs, and the sense of being ignored by elites while the chance to get ahead evaporates. "Economic anxiety" is a phrase reporters have gravitated toward to capture the phenomenon. It's also become a euphemism.

I saw a respected colleague on cable TV the other night who was asked about Trump's incitement of violence against protesters. Unwilling to criticize an action that cries out for criticism (I'd like to punch him in the face!), this reporter hurried to a safe harbor, saying Trump rally-goers enjoyed this incitement because of "economic anxiety."

I must assume this reporter believes inciting violence is wrong. But instead of saying that, he resorted to an unfair, non-critical euphemism to avoid controversy, and, I'm sure, to avoid burning his relationship with the Trump campaign. Viewers were not served by his successful bid to avoid confrontation and stay neutral.

Inciting violence in a political campaign is not a policy issue, nor a defensible action. Nor is racism. Some political reporters ask themselves, and more should: "How would I have covered a lunch counter in North Carolina that refused to serve blacks?" Would they say, on air, "These black people want the right to eat lunch at this restaurant. These white residents have another view, informed by their sense of states' rights?"

You could say that, and completely miss the story.

It should be noted that Columbia Journalism School Professor Samuel Freedman discussed this topic earlier this week. He disagreed with me on some of these points, and agreed on others. Many other journalists and editors disagree with me here, while many others support this view.

There are plenty of self-avowed advocacy journalists around, and probably too many advocacy reporters masquerading as neutral observers. But lots of journalists are asking themselves not only how they missed the Trump phenomenon, but also if they've enabled his rise by refusing to call his actions what they are.

Readers, what do you think about this commentary? Let us know in our comments section.

Todd Zwillich is the Washington correspondent with The Takeaway, a public radio program that invites you to be part of the American conversation. A version of this story was cross-posted on its site.