In Tijuana, structures are often built out of discarded, recycled American products. These parts of garage doors have been repurposed in Mexico.

Ingrid Hernández grew up in a house in Tijuana. But — like several on her block at the time — the house itself came from across the border in California.

It was cheaper — and still can be — to buy a small, unwanted home in the US and haul it here. Hernandez’ home has a characteristic 1980s feel. It reminds me of when I was young, too.

Ingrid Hernándezs stands in front of her house in Tijuana.

This kind of stucco house is like my house, where I grew up in California — we had this ceiling.

But houses aren’t the only thing from the US that make their way to Mexico. In fact, a lot of used American material winds up finding a new life.

And that stuff is what inspires Hernández’s work today — documenting neighborhoods in Tijuana, including one piece on the side of a freeway. It’s called New Hope — a bit of a stretch. It’s in a rough area just a few miles from the border that showcases American trash totally reinvented.

Homes and small shops are cobbled together from second-hand pieces of houses from the US.

Passing through the neighborhood, she stops in front of one house and points out its door. 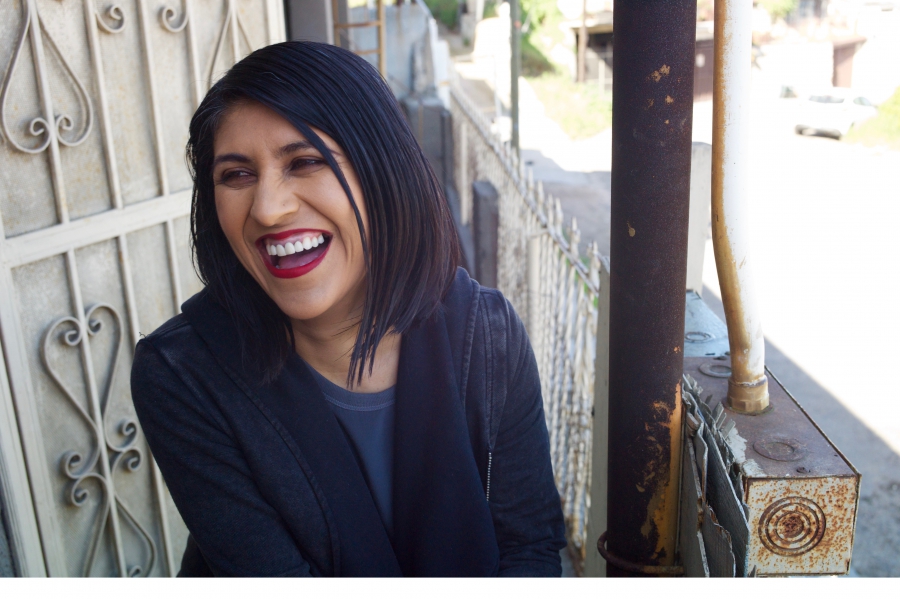 “This door is made out of particle board, but it’s sort of got two materials going on here,” she explains. “Half of it is made from particle board and the other half is made from fiberglass. This was probably found in a dump and then used to create this door.”

It obviously wasn’t meant to be a door originally.

We meet Marcelino, a young guy who lives here. He’s building a small mechanic shop next to his home. He’ll use old wooden beams from the US and sheets of plywood. They’re stamped with “Made in Canada.”

He says he bought the material at a nearby shop that sells discarded goods like this for cheap. The plywood was supposedly rejected because it had some defects and ended up here.

Before we leave, Hernández, the artist, points out one last thing — a tiny house made from US-style garage doors.

“The doors are from the US and sold in Tijuana as walls,” Hernandez says. “Some still have their latches, locks and handles on them — a reminder of something that lived one way in the US — and another here in Mexico.” 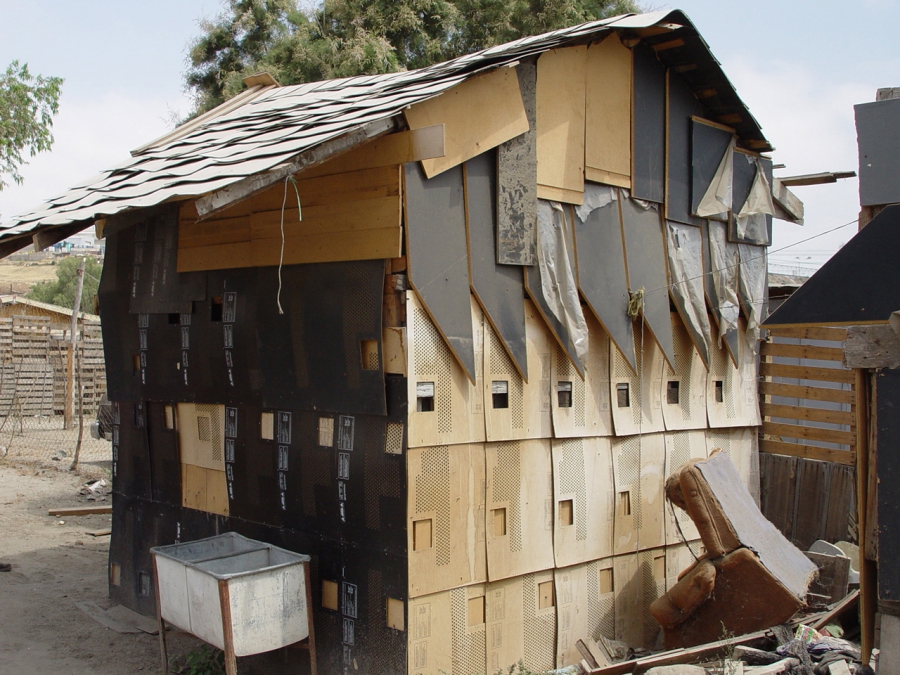 US construction materials find new and novel uses in Tijuana. 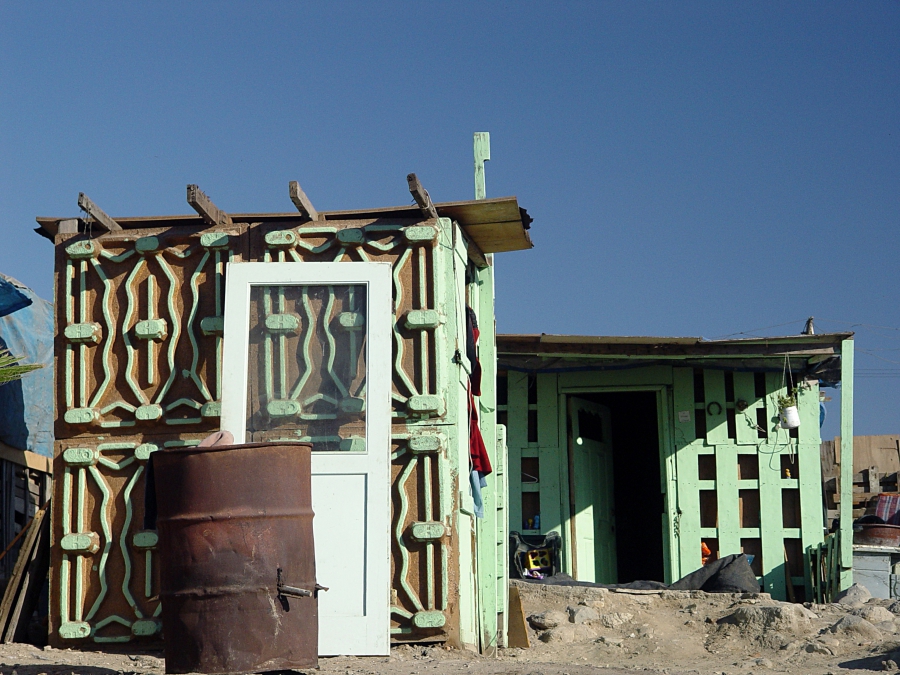 A lot of used American material winds up finding new life in Tijuana.