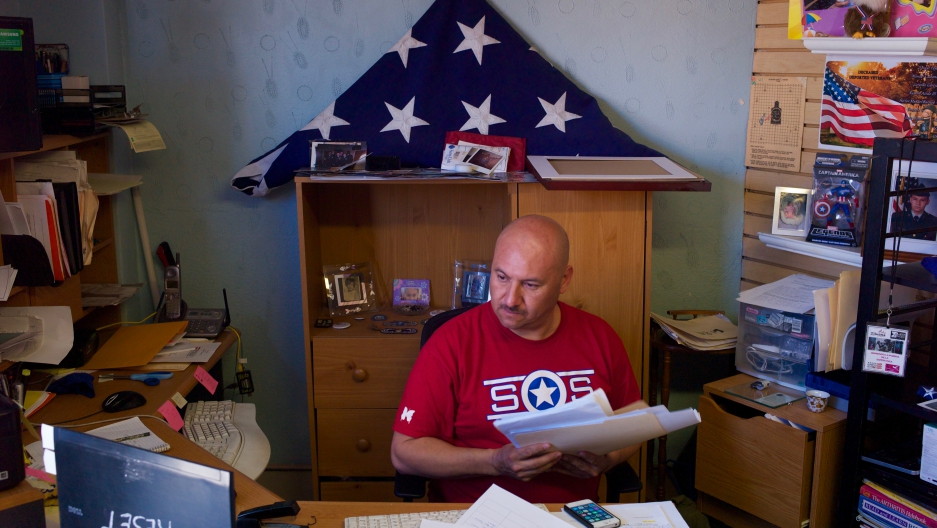 Hector Barajas runs The Bunker in Tijuana. It's a shelter and service center for US military veterans who have been deported. Barajas himself was deported in 2004. “We’ve got to take care of our people, our family while we’re here," he says.

Not far from the southern limits of the US, and the very busy San Ysidro border crossing into Mexico, a small group of men, ages 30 to 70, have made a home. They have family in the US. They fought in the US military. Some were injured in battle. Some have PTSD.

They have all been deported to Mexico and want to return to their homes in the US.

For now, though, home is a place called The Bunker, a Tijuana support house for US military veterans who have nowhere else to go when they land back in Mexico. It was founded by Hector Barajas, who himself served in the US Army and was deported in 2004.

Among the group today is Antonio Romo Reyes, 47. He was living in Los Angeles when he enlisted at age 19. He remembers when he decided to become an army reservist.

“The only guy I seen there was this Marines recruiter. He was looking good — nice looking uniform,” Reyes recalls. “Before, I’d heard that Marines had the best training and I saw that movie — what do you call it? — Full Metal Jacket. Inspirational movie, for me that is.”

He enlisted in May 1989 and was deployed to Iraq during Operation Desert Storm in 1990.

Antonio Romo Reyes, 47, was deployed to Iraq in 1990. After serving in the US military, he had nightmares about violence and was went to prison on drug-related charges. Then he was deported.

“I was young, I was scared but I said, I’m not going to die,” says Reyes. “In the last phone call I made to my parents I said, ‘I’m going over there,’ and my dad just said, ‘Don’t let yourself get killed.’”

He remembers being part of some bloody missions. He says when he came back from Iraq he suffered from nightmares. He felt haunted by the men he had killed.

“You get there, you smell burnt bodies. We did kill a lot of them. We did. So coming back — I was not myself. I came back and, I don’t know, this kid just stayed back there.”

The US Department of Veterans Affairs chronicles a myriad of illnesses common among veterans of the Gulf War. This includes a plethora of medically unexplained illnesses, commonly know as “Gulf War Syndrome.” They say that about 12 percent of Gulf War veterans suffer from post-traumatic stress disorder.

What is clear to Reyes now is that, when he returned from war, he should have been in therapy.

“I would see their faces. I would see the way they would look at me when they were dying,” says Reyes. Instead of working through these memories, his life went off the rails. He became a drug addict. He became homeless. His wife left him. He ended up serving seven years in federal prison on drug-related charges.

On his release, he was deported to Mexico.

“I love the US, I love it. And I love the Marine Corps. It’s a dream job,” he says. “But I know I went wrong. I was wrong in committing the criminal acts that I did. I was wrong doing drugs. I should have gotten help. But I can’t set time back.”

Reyes hangs out at The Bunker with the other deported veterans. He works two, sometimes three jobs, so he doesn’t have much time to socialize. His knows that his drug conviction means he will likely never be allowed back into the US.

Bardis Vakili is a lawyer with the task force at the American Civil Liberties Union (ACLU) working on the cases of some American veterans who've been deported and are now living in Mexico. He is trying to get them what he calls "a fair shake in the immigration system." Many of these deported veterans are separated from their families, and in some cases, are without access to medical treatment for health problems possibly related to their military service.

“Most of these men have begun to turn their lives around,” says Vakili. “They recognize the need for services that weren’t available to them when they first got out of the military in the first place. With the growing recognition in this country of the needs of veterans upon their return to United States, we're hopeful that those services will be available.” But that is contingent on them being allowed back in the country.

But veterans are subject to the same laws as everyone else when it comes to immigration — anyone with a green card can be deported when they commit crimes. "Because they served the United States they do generate some sympathy from points of view that may not be generally pro-immigrant. But the fact is, the law is very much stacked against them. It's a very heavy-handed immigrant law that we live under," says Vakili.

Daniel Torres, though, still has hope. He was born in Tijuana and lived in Salt Lake City before he served in the Marines for three years. He too served in Iraq.

He came to the US as a child and his father overstayed an employment visa. When Torres turned 18, he was stuck. He couldn’t work legally but he didn’t want to move back to Tijuana. He wanted to enlist. The problem was that Torres, now 30, didn’t have a birth certificate.

So he got a fake birth certificate.

After serving in Iraq, he was ready for his next tour in Afghanistan. The turning point, though, was when he lost his wallet. When he tried to get his ID replaced, the military found out that he wasn’t a US citizen. Which put both Torres and the military in a tricky spot.

“If they requested my citizenship, they had to file charges [against me] for fraudulent enlistment, which is four years in jail,” Torres says. “Because I had a good record and I had letters of recommendation from all of my peers and all of my chain of command, everyone was like, ‘No, we don’t want to screw you over.’”

The military did not press charges. They gave him an honorable discharge and left him to maneuver through the system as a civilian, with no legal way to work, in the US.

He had the idea that he could join the foreign legion. Through a comedy of errors, he ended up stuck in France and got deported — not back to the US — but to Mexico. He has been south of the border for almost five years. In that time, he’s been pursuing a law degree.

And Torres may some day be practicing law in the US because he may be the first deported veteran to be given US citizenship. You don't have to be a citizen to enlist, just a lawful permanent resident. While people who have served in the US military are eligible for expedited US citizenship — more than 100,000 servicemembers have been naturalized since 2002 — the process has not yet been used for anyone who has been deported.

But Torres says, “It looks good. My lawyer and everyone has been telling me that I have really high chances of getting citizenship, American citizenship." He credits Barajas, who runs The Bunker, for helping make it happen. 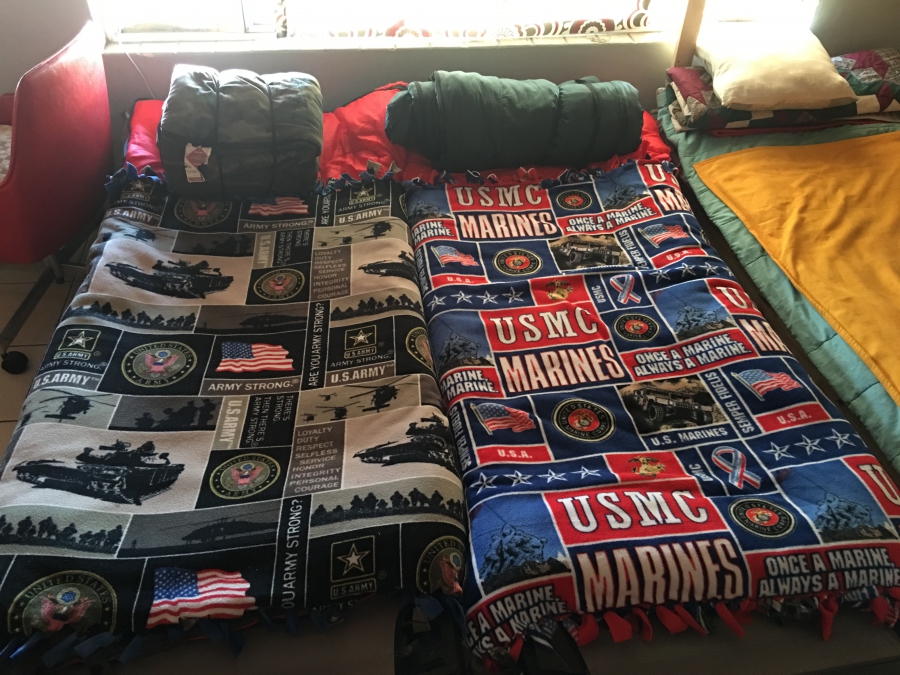 Beds for deported US veterans at a support house in Tijuana. Hector Barajas, who founded The Bunker, tries to add structure to the lives of the veterans who stay there.

“I decided that I was going to make everything just as structured as it was in the military,” says Barajas. “8 o’clock, everybody has to do chores, lights out at 10 o’clock. We get visitors, people have to sign in. Everything’s got to be structured,” he says. And that includes bringing in counselors who help with legal issues and veteran benefits.

Barajas is optimistic that he too might eventually get US citizenship. But he worries that for so many, change will come too late.

Last month was the 25th anniversary of the Gulf War. The occasion went unmarked by the Pentagon.