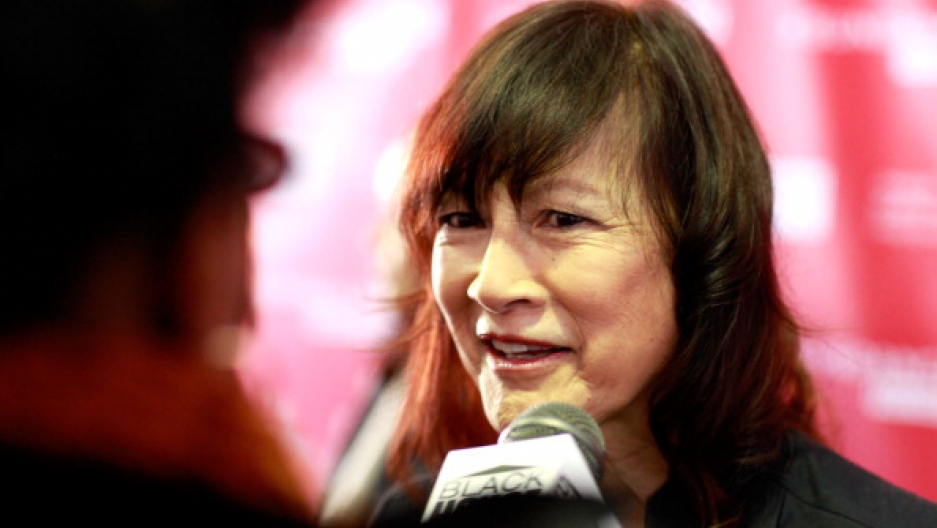 Filmmaker Freida Lee Mock attends the 'Anita' premiere at The Marc Theatre during the 2013 Sundance Film Festival on January 19, 2013 in Park City, Utah. Mock penned the first draft of a letter to the Academy convincing them to apologize for jokes that stereotyped Asians in the 2016 Oscars.

The heavily circulated letter was signed by 25 members of the Academy of Motion Picture Arts and Sciences, including director Ang Lee, actors Sandra Oh and George Takei. It was a protest of the tone-deaf Asian jokes at this year's Oscars ceremony — but it wasn't meant to be an open letter.

"It was a private message to our friends and our colleagues in the organization," says Freida Lee Mock, the chair of the Academy's Documentary Executive Committee, who penned the first draft.

But none of the signatories seem too bothered that it was leaked to the press, first reported by Variety and then rebounding around the Internet earlier this week. It wasn't until the letter became public that CEO Dawn Hudson issued a swift apology. And it wasn't until George Takei called the apology "patronizing" and "a bland, corporate response" that Hudson scheduled a future meeting with these 25 members to show them that the Academy leaders were serious about these issues.

This was the first time in recent history that a grassroots collaboration like this amongst Asian Americans has happened within the Academy. The organization is divided into branches based on craft — for actors, directors, executives, etc. — and for the most part, members work within their lanes. Long-time Academy members Mock and documentarian Arthur Dong have been involved in numerous campaigns for documentary films. They successfully lobbied for the documentary branch of the Academy and Mock was voted the first governor. Dong joined her in as a fellow governor soon after. In the '90s, when there was an attempt to get rid of the Academy Award for Documentary Short, they helped rally people like Steven Spielberg to get the decision unanimously overturned.

But they've never had to band together by ethnicity, because before this year's Oscars ceremony, there was no need. 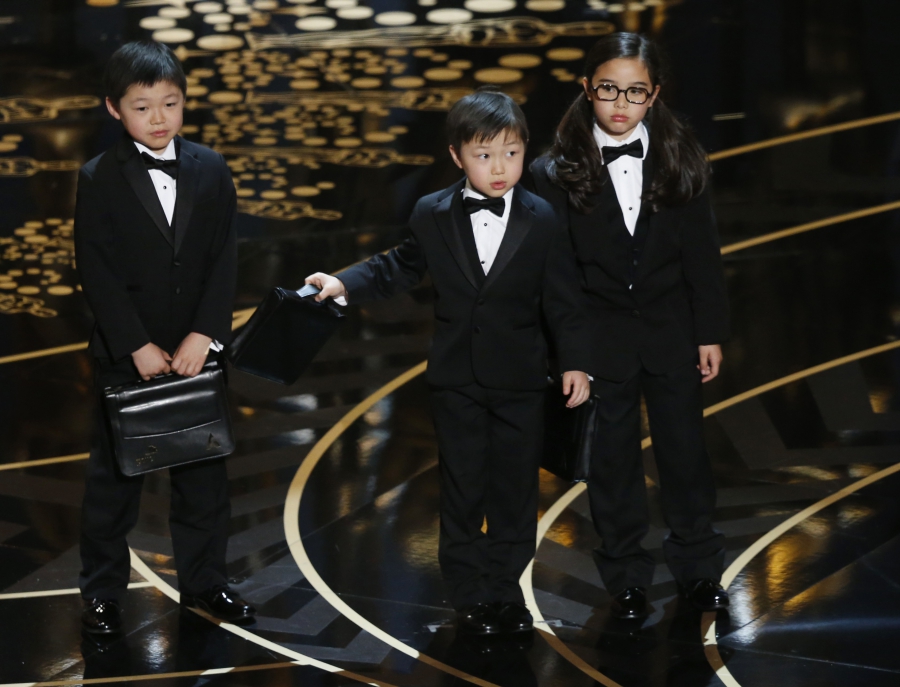 8-year-old Estie Kung (right) was one of the actors cast as "accountants from PricewaterhouseCoopers" to take the stage at the 88th Academy Awards on Sunday. Neither she nor her mother knew that the three were going to become the butt of a joke about Asians, though.

Also: What it's like to be the butt of the joke. One of the kids at the Oscars speaks out.

"It hit me in gut," says Dong, now a film professor at Loyola Marymount University. He was watching the Oscars with his 11-year-old son. "I just thought, 'This is our organization. We understand the process and how decisions are made, so how could this have happened?'"

When the joke first aired, social media erupted with criticism. Constance Wu, Daniel Dae Kim and Jeremy Lin — the all-stars of Asian American entertainment — spoke out. It’s not uncommon, though, for these kinds of outcries to rise and then fade quickly.

But then the Hall-of-Famers came out to play. Mock is one of the most decorated Asian American Academy members with one Oscar win and five nominations. Dong, and public relations powerhouse David Magdael were also planning to write letters individually when they all decided to collaborate. With no official roster of Asian American members, they didn't know where to start, but they enlisted the help of documentarian Renee Tajima-Pena (Who Killed Vincent Chin?), producer Janet Yang (Joy Luck Club), publicity executive Laura Kim (Participant Media) and actress Jodi Long — all with decades in the film industry — to quickly get input and signatures from members, both experienced and new.

When the press got hold of it, Ang Lee became the poster boy. George Takei gave a detailed interview to The Hollywood Reporter demanding an apology. Strand Releasing executive Marcus Hu penned an open letter to the Academy in Indiewire. Yang, Hu and Mock gave interviews to Southern California public radio station KPCC.

"A lot of people say that Chris Rock isn't obligated to represent us," says Magdael. "And they're right. We have to represent ourselves. And it's fine if some people weren't offended by his joke, but for those of us who were, it's our responsibility to speak out. Otherwise everyone will think it's okay to make fun of us." 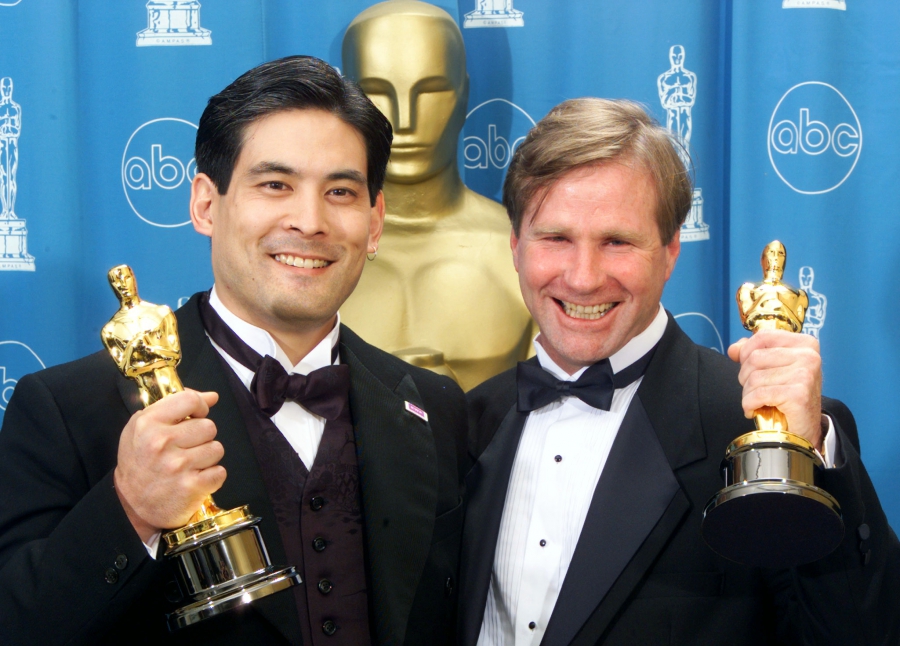 Holding their Oscars for best achievement in a live action short film, Chris Tashima (left) and Chris Donahue celebrate for their work in "Visas And Virtue" at the 1998 Oscars.

Chris Tashima, an actor and director who has been an active leader in the Academy since he won an Oscar for his short film “Visas and Virtues" in 1998, remembers speaking up at a meeting to address diversity when he first joined. He was quickly dismissed, told: "You're just seeing what you want to see."

"As minorities, we've been associated with a racial group since birth and, especially as actors, we're used to dealing with it," says Tashima. "But white people aren't used to being classified as a racial group, so they assume they're being accused. When really, we're just trying to discuss these racial issues, to show that diversity in casting is an inevitable, obvious destination. Otherwise the work we're creating now is going to look outdated very soon."

More: However you feel about Chris Rock's Asian joke, it takes guts to talk openly about race

President Cheryl Boone Isaacs has announced new appointments to the Academy, including Kung Fu Panda 3 director Jennifer Yuh Nelson as a new governor. This is progress but it’s just a start, says Dong.

"It's easy to add some people of color on a board," he says. "It's harder to dig in and have these difficult conversations to address systemic problems in the film industry and question our own values and perceptions." 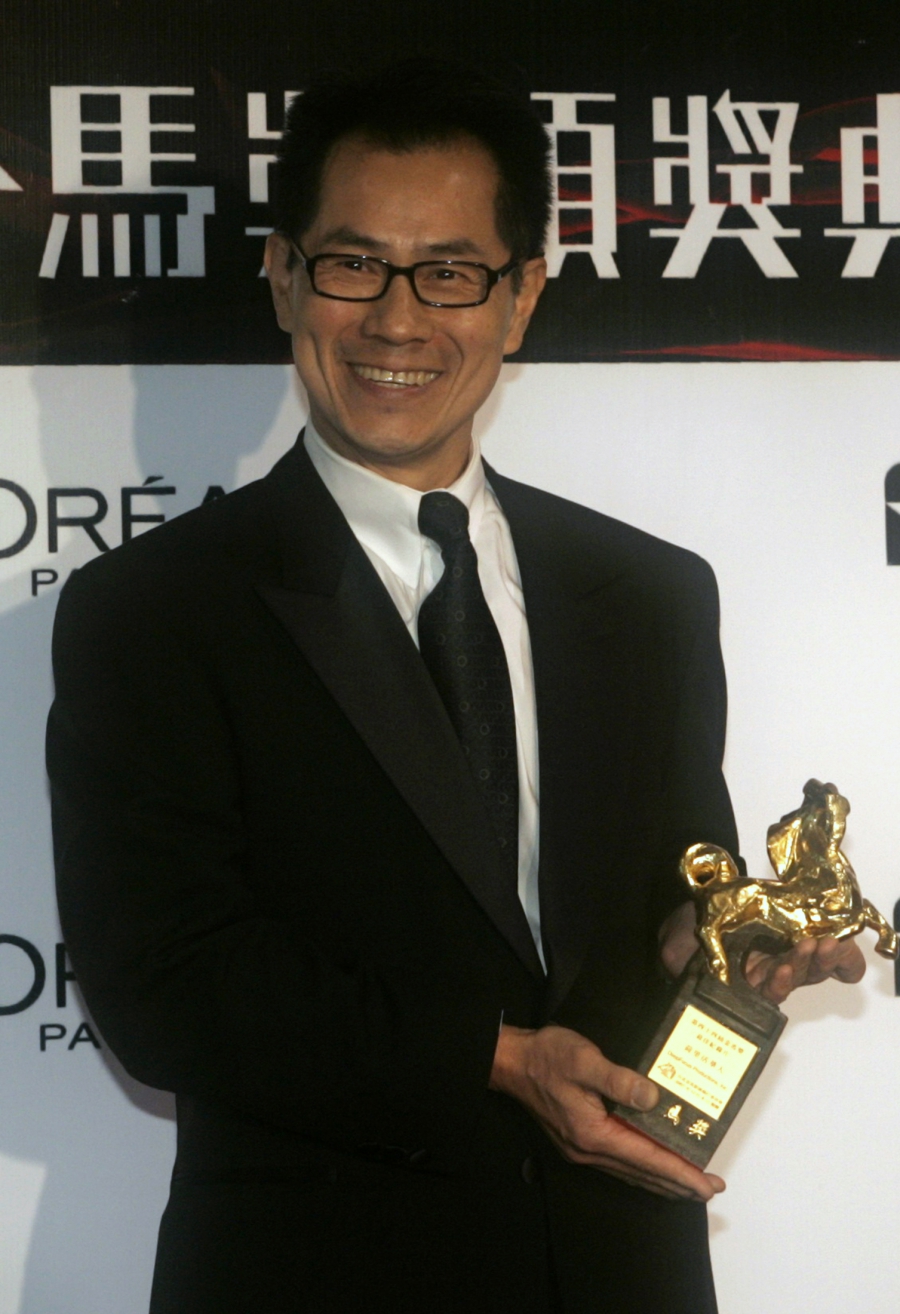 Director Arthur Dong poses with the award after winning Best Documentary for "Hollywood Chinese" at the 44th Golden Horse Awards in Taipei, 2007.

Their letter queried the Academy: "We’d like to know how such tasteless and offensive skits could have happened and what process you have in place to preclude such unconscious or outright bias and racism toward any group in future Oscars telecasts."

But it also said: “We are proud that the Oscars reach several hundred million people around the world of whom 60 percent are Asians and potential moviegoers."

One of the reasons Mock found it shocking that Asians were treated as such an easy target was that Academy not only has a global audience for the Oscars ceremony, but also global investors. In 2013, China's Dalian Wanda Group gave $20 million for the Academy Museum being built in Los Angeles. This is the same conglomerate that bought out AMC Theatres, the second largest movie exhibitor in America.

Dong and Tashima say that the Academy is much more than the awards, even though the Oscars are the highest-profile event and their biggest moneymaker. There's the Academy Film Archive which, with Dong's help, restored The Curse of Quon Gwon, the earliest known Chinese American film and one of earliest films directed by a woman. They have a library that houses 90 years of historical artifacts, including Japanese posters from films that were screened at the historic Linda Lea Theater from the mid 50s through the 70s. They’re home to the Student Academy Awards, which is known for discovering talents like director Spike Lee. They give grants to other non-profit organizations and provide educational outreach.

If the public boycotts the Oscars, these are the programs at stake, says Tashima.

"We've gotten a groundswell of support from our colleagues, both Asian and non-Asian," says Mock, who never expected the letter to go viral. "And it's all been positive. In the end, we were trying to correct some misinformation. And to the credit of the board of governors, they're open and want to do the right thing."

Tashima agrees that there has been a dramatic shift in the last five years. He credits Academy leadership, who have pledged to double the amount of female and minority members in the next five years.

"It's still a battle, but it no longer feels like we're pushing a ball uphill," says Tashima. "It's no longer us saying 'You need to change.' It's them saying 'We know we need to change. Please help us.'"