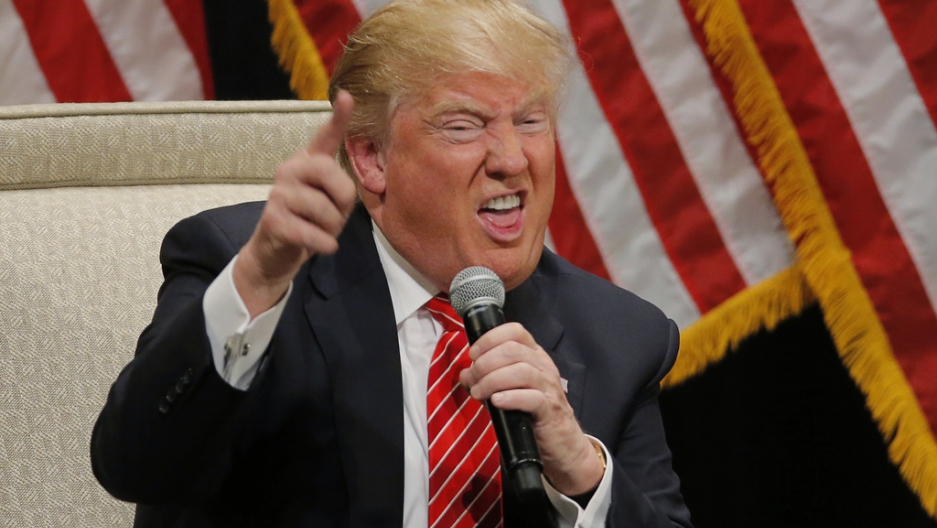 There are few things in the world that are more dangerous than Donald Trump winning the US presidency.

The exact number is five.

That’s according to the Economist Intelligence Unit (EIU), which has just published a list of the top 10 risks facing the world right now.

Trump moving into the White House was given a "risk intensity" score of 12 on a scale of 1 to 25. (The EIU's scoring accounts for both probability and likely impact.) Trump's score put him level with the risk of jihadi terrorism destabilizing the global economy.

The only things potentially more threatening to the world than Trump becoming POTUS are a sharp economic slowdown in China (20), a new “cold war” between Russia and the West (16), an emerging markets debt crisis (16), a fracturing of the European Union (15) and a Greek exit from the euro zone followed by a break-up of the single-currency bloc (15).

A Trump victory, however, would pose a bigger risk than the UK leaving the European Union (8), an arms clash in the South China Sea prompted by China's expansion in the region (8) and an oil price shock triggered by a collapse in energy sector investment (4).

The EIU warned Trump could trigger a trade war, particularly with China, which he's repeatedly labeled a currency manipulator, and with Mexico, which he has accused of sending criminals and drugs across the border. And his election could lead to a collapse of the Trans-Pacific Partnership agreement between the United States and 11 other Pacific Rim countries.

The report also flagged Trump’s “exceptionally right-wing stance on the Middle East” as a risk not only to the region but the entire world.

Trump has advocated killing the families of terrorists, “bombing the shit” out of Islamic State fighters in Syria and Iraq and banning Muslims from traveling to the United States.

“His militaristic tendencies towards the Middle East … would be a potent recruitment tool for jihadi groups, increasing their threat both within the region and beyond,” the EIU said.

Trump would probably rank higher in the EIU's global risk list if it weren’t for Hillary Clinton, whom the EIU considers most likely to win the Democratic nomination and defeat Trump if he becomes the Republican party’s pick for president.

It notes, however, that "a terrorist attack on US soil or a sudden economic downturn" could affect its forecast.

Even if Trump were to make it all the way to the Oval Office, the EIU points out that the “innate hostility within the Republican hierarchy” toward Trump, “combined with the inevitable virulent Democratic opposition, will see many of his more radical policies blocked in Congress.”

But not necessarily all of them.