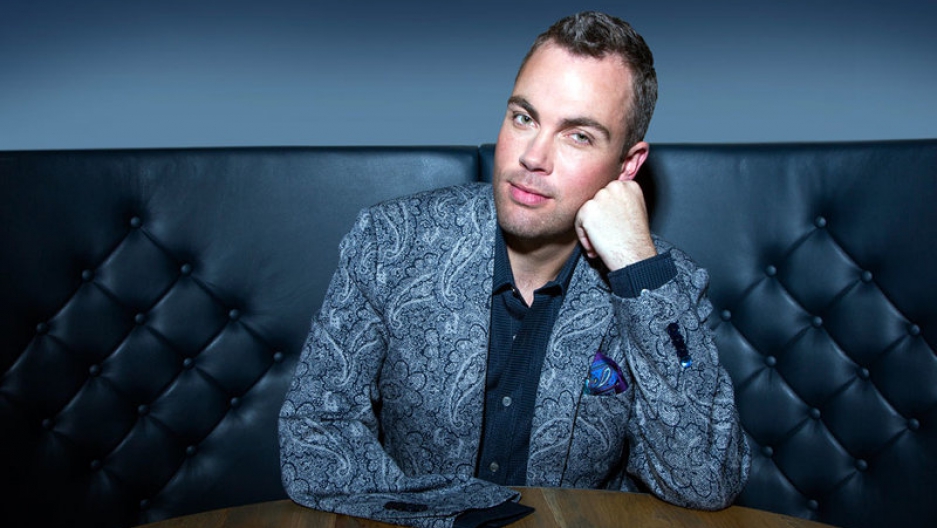 Growing up outside of London, until he was 14, Nicholas McCarthy figured he would grow up to be a chef.

“Then I saw a friend of mine who played a Beethoven piano sonata,” he says. “She was a very good pianist and I just absolutely fell in love.”

McCarthy says that’s when he realized that it was what he wanted to do. At the time he thought “I want to be a concert pianist,” he says, “Not taking into consideration that I only had one hand.”

So despite being born without his right hand, despite not being able to read music, and — at 14 — already years behind for someone with ambitions to play serious classical music, McCarthy set about learning to do just that.

“I pleaded with my mom and day just to get me a cheap keyboard,” he says, which he started to play. “I literally did by ear because I enjoyed it so much you see.”

McCarthy recalls that she said this:

“I can’t teach you anymore because you’re kind of above my level.”

And so a plucky teenage McCarthy called up the headmistress at the music school where he’d seen his friend play that Beethoven sonata, and asked to audition.

McCarthy describes their conversation: “She basically on the phone was like ‘you can’t possibly play the piano you’ve only got one hand.’ I said — ‘well no, I do, I’d like to show you.’ and she was like ‘no, no … I haven’t got time to see you. You can’t even play scales with two hands’ and then she hung up the phone.”

For weeks, he was discouraged — even depressed. And then, he realized:

“Out of millions and millions of people in the world why am I letting one person tell me I can’t, when I know I can.”

So he arranged for an audition at the even more renowned Guildhall School of Music and Drama. Only this time, he mentioned nothing about his unique style.

“I walked in the room and had to say, by the way, I only have one hand.”

He then proceeded to audition — and to his surprise, was offered a place.

For two years there, McCarthy specialized in a type of classical music he never even dreamed existed: Pieces written specifically, and exclusively, for the left hand. McCarthy says he researched the music in-depth and found “an absolute lifetime of work from major composers.”

The likes of Ravel, Prokofiev and Benjamin Britten, to name a few.

“I just fell in love with all that, it kind of felt like my music,” he says.

And it’s not easy. Unlike traditional playing your hand never gets a moment’s rest, and the compositions themselves are notoriously complex.

“The whole thing with left hand repertoire is trying to create the illusion of it being two or three hands playing,” McCarthy says.

He went on to study at the Royal College of Music. In 2012 he graduated as the only left-hand-alone pianist in the prestigious school’s 130-year history.

“It’s taken six years for me to get to this stage,” McCarthy says, “and now is kind of where the hard work begins.”

And it’s paying off. McCarthy is a rising classical star. He’s playing major concert halls around the world, and his major label debut album, "Solo," was released in the US last month.

“People say to me all the time you’re such an inspiration,” he says, “and blah blah blah — I don’t set out to inspire people but if I do that makes me a very happy man.”

Even happier, he says, than he is in the kitchen.