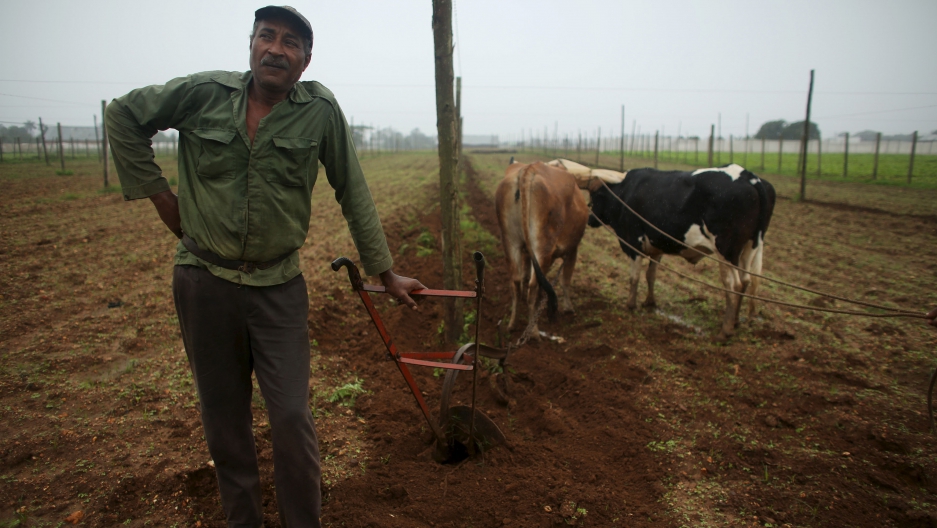 In 2006, the World Wildlife Fund named Cuba the only country in the world to achieve "successful sustainable development," in large part, Greg Watson says, because of the island nation's approach to agriculture.

But this sustainability wasn't part of some large government plan.

“It was out of necessity,” says Watson, the founder and director of the new Cuba-US Agroecology Network and former Massachusetts Commissioner of Agriculture.

When the Soviet bloc collapsed in 1991, Cuba lost most of its imports and its access to petroleum, chemical fertilizers and pesticides.

“To avoid starvation, [farmers] were forced to figure out how they could grow food without the use of those chemical inputs,” Watson says.

Those more traditional farming techniques have largely endured, Watson says, because of a strong network of peasant farmers established in Cuba.

Watson estimates about a quarter of Cuban farms are organic, compared to about .2 percent of the farms in the US.

“They’ve integrated everything they possibly could to create a system that was independent of chemical inputs,” Watson said.

Cuba still imports most of its food, raising the question of just how replicable its sustainable agriculture models are. But Watson says much of what’s imported can’t be grown in Cuba’s climate anyway.

“Most of the things they are capable of producing, they are,” Watson said. “So [sustainability] is a matter of degree and nuance."

Today, many of the fresh fruits and vegetables eaten in Havana are grown near the city, Watson says, because poor transportation infrastructure and the high cost of gas make it expensive to transport foods from the country’s rural agricultural regions to cities.

Now, American agribusinesses are taking a keen interest in Cuba, signaling that an embargo lift may lead to big changes in the country’s agricultural operations.

Watson recently formed the Cuba-US Agroecology Network so farmers in both countries can learn from each other, and will lead a trip in May to kick-start the organization.

He is expecting Cuban farmers to share organic farming techniques with their American counterparts.

Watson noticed while serving as the former commissioner of the Massachusetts Department of Agriculture that this type of knowledge-sharing, often undertaken by extension campuses of state universities, is a challenge across the US.

“Not just the science, but also the organization,” Watson said. “[Cuban farmers] developed a very complex and sophisticated farmer-to-farmer network [after the fall of the Soviet bloc], and the question is, can some of those ideas also be replicated in the United States?”