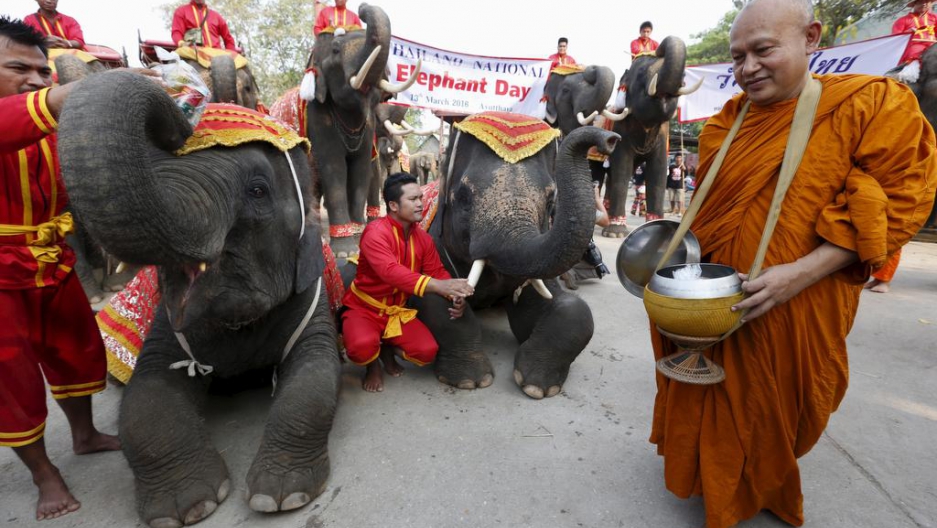 A Buddhist monk walks next to elephants during Thailand's national elephant day celebration in the ancient city of Ayutthaya on March 11, 2016.

Religious offerings of sugary drinks and fatty foods might bring good luck to Buddhist devotees in Thailand, but they’ve created a major health crisis for the monks consuming them.

Nearly half of the country’s 300,000 holy men are believed to be obese and suffering from chronic diseases, a study has found.

Now the revered monastic order is being urged to diet and exercise to shed those excess pounds.

"Obesity in our monks is a ticking time bomb," Dr. Jongjit Angkatavanich, a nutrition and diet expert at Chulalongkorn University in Bangkok, told the Bangkok Post.

More from GlobalPost: Why does Thailand’s top monk own a vintage Mercedes?

Monks typically receive donations of juice, tea and coffee, and dishes laden with fat and sugar from Buddhist faithful hoping for good karma in this life and the next.

But these offerings are having unintended consequences for monks, who literally can't refuse them. 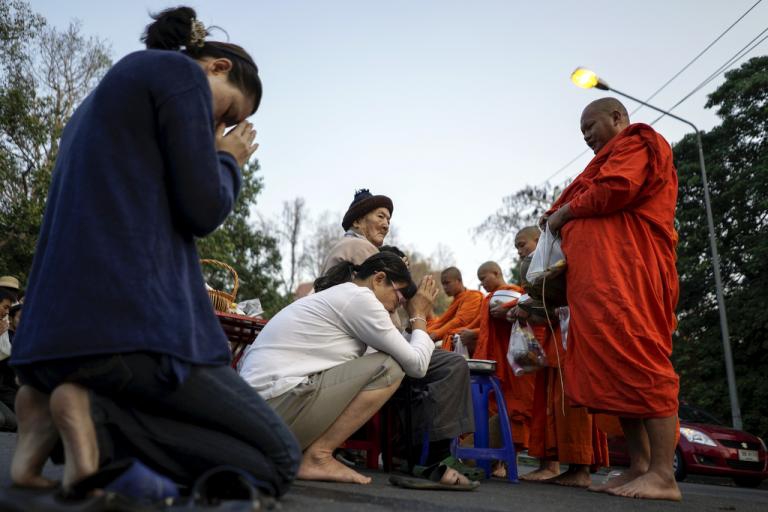 To save money on medical expenses, Chulalongkorn University is spearheading a nationwide campaign aimed at improving the eating and lifestyle habits of Thailand’s monks.

An eight-week program at a monastic college and four temples in Bangkok taught cooks how to prepare healthy meals high in fiber, protein and calcium and encouraged monks to increase their physical activity.

The monks lost an average of 2.2 pounds during the program, cut their waistlines by half an inch and reduced their cholesterol levels.

Those who have trouble with self-discpline are allowed to wear a tight-fitting girdle around their waist to tell them when they have put on weight.

But it’s not just Thailand’s monks who have been packing on the pounds.

In 2012, Sri Lanka’s Health Ministry, responding to the expanding waistlines and associated health problems of that country’s clergy, drew up special menus for Buddhist devotees wanting to donate food.

"Because of their great affinity towards religious observances, most devotees offer food with high cholesterol content and the Buddhist monks have no choice but to partake of these foods all year round," Maithripala Sirisena, then Sri Lanka's then health minister, now president, said at the time.