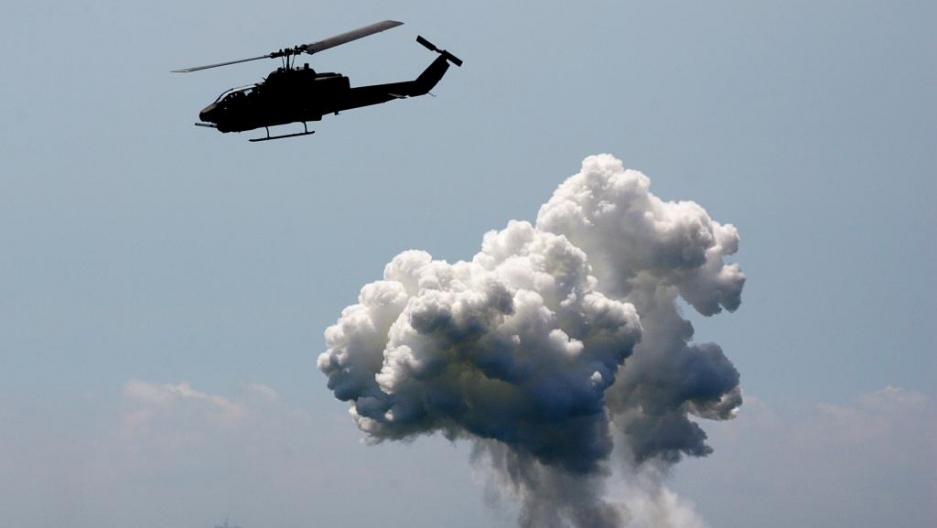 American-made "Hellfire" missiles seem to have a habit of turning up where you don’t expect them.

A “dummy” Hellfire used for training purposes was mistakenly shipped to Havana, Cuba, in 2014, after being used in a NATO exercise. Even though the training model contains no explosives, it took the US two years (and much careful diplomacy) to get it back.

On Saturday, a pair of the same training missiles was pulled from a crate bound for the US on a civilian Air Serbia flight that had flown from Beirut to the Serbian capital, Belgrade.

News of the discovery prompted a brief moment of panic: It appeared that someone might have been trying to smuggle live missiles on a civilian airliner. European aviation officials expressed concern about security at Beirut’s Rafik Hariri airport earlier this year, and British Airways stopped flying cargo from there this month.

"Experts are determining whether the missiles were equipped with live or training warheads," a source at the Serbian prosecutor’s office told Reuters. While the dogs provoked the inspection, officials said the missiles were packed in proper transportation crates and carried the necessary paperwork.

It wasn’t until Monday that the Lebanese army said the missiles were training models that contained no explosives, and were being sent back to the company that manufactured them.

Contrary to initial reports, the missiles were on their way to Portland, Maine, according to a US official familiar with the case, who spoke on condition of anonymity because details of commercial arms deals are confidential.

They were being shipped back to a private US company — Orbital ATK, based in Texas — who provided them to the Lebanese army on a temporary basis as part of a US government program to integrate the Hellfire Missile System into aircraft used by the country's armed forces, the official said.

Aviation experts say the practice of shipping these “inert” missiles on commercial airlines is common. Which means the next time you find yourself squeezed into a middle seat in coach, there’s a chance a couple of these dummy explosives will be riding alongside your checked bags.

But the official insisted the training versions were safe, comparing them to an anatomical model at a doctor's office. “They are completely safe. They have no warhead, no explosive charge, no rocket fuel. Nothing dangerous on them.”

Although dummy missiles are not dangerous, they are still considered controlled items, and subject to stringent checks.

The missiles that turned up over the weekend are part of a proposed $146 million package of military support announced by the US State Department in June 2015. The Lebanese army has faced pitched battles with ISIS militants on its eastern border with Syria.

It’s unclear what may have alerted the bomb-sniffing dog to the crate, but the US official suggested that residue from a training exercise could explain it.

The real-deal Hellfire missile packs a major punch: Most commonly fired from helicopters and other aircraft at ground targets, the anti-armor munition has been used liberally in Pakistan and Yemen, often deployed from Predator drones. Lockheed Martin manufactures it, as well as the “dummy” version known as the "Captive Air Training Missile."

Senior Correspondent Richard Hall is based in Beirut, Lebanon.