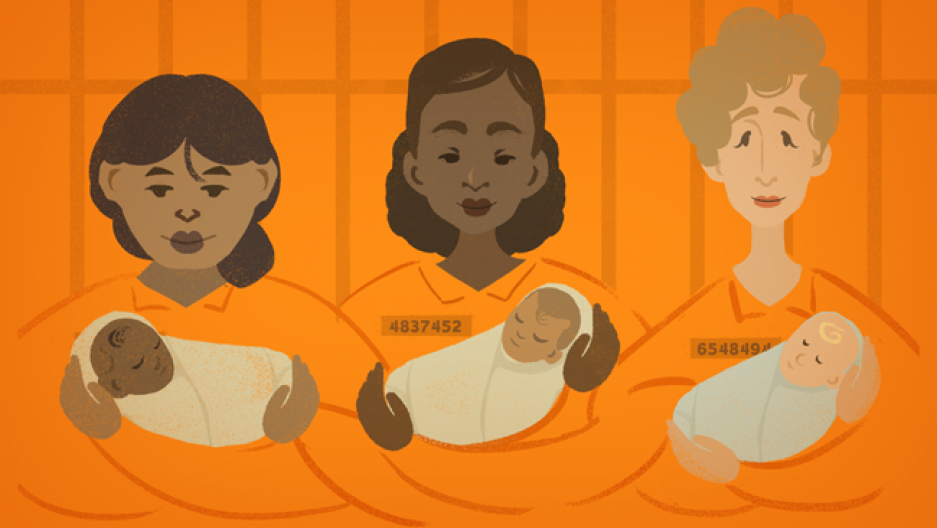 Dianna waited at the bus stop for her children to arrive from school one afternoon 20 years ago. She had planned a party to celebrate her daughter’s sixth birthday.

After calling the school, Dianna, who asked not to be fully named because her record is now sealed, learned that child welfare officials had taken her children to foster care. The reason? Her daughter, after seeing a neighbor with a blunt, had said, “Oh, my mom used to smoke that.” Dianna says this innocuous comment, combined with her criminal record, led to a 10-year battle with the state in family court. Ultimately, she relinquished her parental rights.

For years, Dianna had struggled with addiction. She gave birth to her oldest daughter during the two years she spent in prison. By the time she was standing at the bus stop, though, she had been sober for several years. But losing her children undid all the progress and stability she’d built over the years, spiraling Dianna back into addiction, arrests and incarceration.

“It was the worst I ever relapsed,” she says.

Eighteen years later, a message appeared in her Facebook inbox. “Are you my mom?” It was her son. That December, Dianna spent her first Christmas with her now-adult children. She cooked them Spanish rice, pork chops, salad and some cheesecake for dessert. “They ate my food,” she says, “and they loved my food.”

Now, she works to make sure no other mother loses her kids to the system. Nearly two-thirds of women behind bars are mothers of children under the age of 18. Not all women who are arrested and jailed are sentenced to prison, but even a short stint can cause them to lose their jobs, housing, and children. For some, like Dianna, a past checkered with arrests and jail time is enough to rip apart their families. Formerly incarcerated mothers who have borne the brunt of the consequences from systemic mass incarceration are leading the fight — and winning — for protections that would not only help mothers rebuild their lives, but also help keep them out of prison in the first place.

When mothers are arrested and jailed, even for a short time, their children are forced into foster care if no family member is able to claim them. But with the 1997 Adoption and Safe Families Act (ASFA), a temporary stay in foster care can now lead to permanent — and irrevocable — separation. Under ASFA, states must begin proceedings to terminate parental rights if a child has spent 15 of the preceding 22 months in foster care. ASFA hit incarcerated mothers especially hard. In New York, for instance, 17 percent of incarcerated mothers lost custody in 2010 compared to 10 percent of incarcerated fathers.

Only Nebraska and New Mexico originally included exceptions for parental incarceration in their legislation. But advocates, including formerly incarcerated mothers, have been pushing for policies that pause the timeline. In some states, they’ve succeeded.

New York state amended ASFA to allow foster care agencies to delay termination if a parent is in prison or residential drug treatment. But the ASFA Expanded Discretion Act was passed only after years of organizing by currently and formerly incarcerated mothers and advocates.

In Washington state, Alise Hegle, who nearly lost her daughter while battling drug-related charges, helped advocate for the Children of Incarcerated Parents Bill, which allows courts to delay terminating parental rights if incarceration plays a significant role in the child’s foster care placement. In 2013, just days before Mother’s Day, the governor signed the bill into law.

Repeated cuts to social services have made survival even more difficult for families. “There needs to be a more significant social safety net,” Hegle says.

The federal RISE Out of Poverty Act would provide more support for struggling families. Introduced in September 2015, the bill requires Temporary Aid to Needy Families (TANF) to meet a family’s basic economic needs. It would also end the ban on benefits for people with drug convictions and require a state to guarantee child-care services to TANF recipients who are working or in a training program.

This is exactly the kind of aid that helped Hegle turn her life around.

Seventeen months after her daughter was born — and immediately placed in foster care — Hegle gained custody and began parenting full time. She received TANF, Medicaid and subsidized child care, all of which provided her daughter the continuity she needed while Hegle worked to establish a solid foundation.

“Even this small amount ensured I was not going hungry and had some of my basic needs met,” she wrote in an email. “If I did not receive this, I would have struggled with making significant changes in my life if I was hungry, had no bus tickets, etc.”

Across the country, formerly incarcerated people are working to Ban the Box, or end the practice of asking about previous convictions on an initial job application. More than 100 cities and counties have already banned the box. The federal government is now delaying asking about conviction history in its hiring process.

Hegle has been blessed that her experiences haven’t excluded her from job opportunities. In advocacy, where she works, her history hasn’t been an obstacle, but other fields in her home state of Washington are less open to hiring people with records like hers. More than 90 professions, ranging from commercial fishers to barbers, remain closed to applicants with a felony record.

Hegle is part of a coalition working to remove this restriction. While the state’s Certificate of Restoration of Opportunities Act (CROP) doesn’t expunge or seal a record, it does allow a person to apply for a certificate demonstrating that a required amount of time has passed, that they have had no new arrests, and that they meet or are meeting the terms of their sentence. With the certificate, a person’s past record will no longer be a barrier to obtaining an occupational license. The bill is now heading to the governor’s desk for his signature.

In Washington, a court can send a person facing nonviolent drug charges to residential treatment rather than prison under its drug offender sentencing alternative (DOSA). Through DOSA, Hegle traded seven years in prison for five months in drug treatment. This shorter sentence also enabled her to retain her parental rights.

In 2010, the same year Hegle gained custody of her daughter, Washington passed the Family and Offender Sentencing Alternative (FOSA), similar to DOSA except that it exclusively applies to parents charged with nonviolent offenses who have children under 18. Still, the state offers the alternative sparingly. During its first year, 57 parents (46 women and 11 men) were diverted to alternatives that allowed them to continue parenting. During its fifth year, only 41 parents were diverted.

“No law, however good, will be implemented fully if people do not believe people in prison deserve to parent and that prison doesn’t need to be the primary form of holding people accountable,” says Lillian Hewko, an attorney with the Incarcerated Mothers Advocacy Project (IMAP).

In addition, both alternatives exclude people with violent convictions, but IMAP is fighting to widen FOSA eligibility so that parents with violent convictions aren’t automatically excluded. “There are so many ways the stigma against people convicted of violent crimes affects the stigmatized, their families and children, and ultimately the rest of society,” wrote Minna Long, a mother currently incarcerated for robbery and burglary, in a letter to IMAP.

In Massachusetts, Families for Justice as Healing, an organization of formerly incarcerated women, is spearheading HB 1382. The bill would push criminal court judges to offer community-based alternatives to people convicted of nonviolent crimes if they are also primary caregivers to a minor. “There are programs that can — and do — provide alternatives when utilized,” says Andrea James, co-founder and executive director of Families for Justice as Healing. “But there aren’t enough.” The programs that exist, such as drug treatment, are not specifically used as alternatives, James says.

On Oct. 14, 2015, Dianna, the mother who lost her children to this system, traveled to the Massachusetts State House to remind legislators of these alternatives. She shared her story before politicians for the first time. None of that changed the 20 years she spent away from her own children, but she hopes it’ll save other families.

Jail won’t stop someone from returning to the same bad situation, Dianna explained to them. She finally accessed a support program to help her overcome her addiction and seal her record, but it was offered only after incarceration.

“It would have been better for my whole family,” she said, “if I could have received that kind of support before or instead of being locked up.”