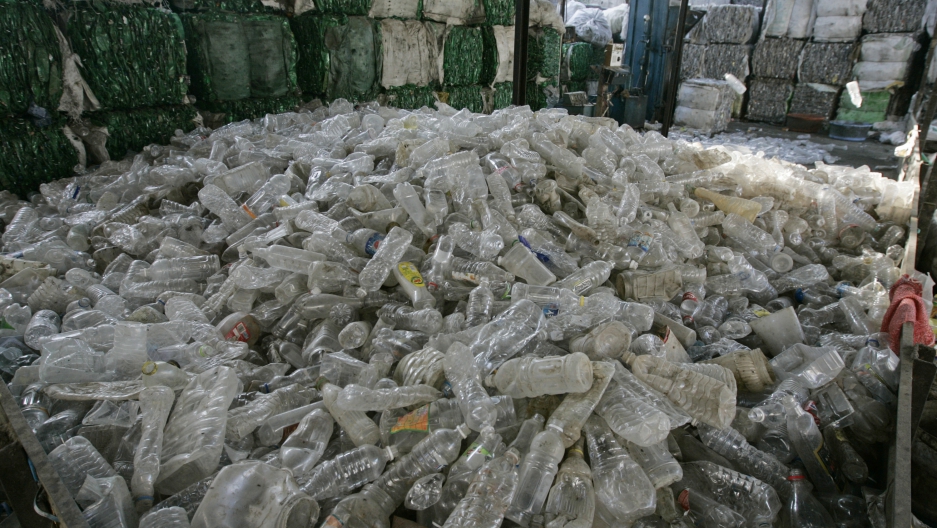 MONTREAL, Canada — This city is gearing up for a fight against one of the most tasteless beverages money can buy. Montreal's mayor wants to fully ban plastic-bottled water — potentially making this the first metropolis to do so.

Mayor Denis Coderre made the surprise announcement in February: after Montreal’s ban on disposable plastic bags goes into effect in 2018, the water bottle will be next.

“I raised the subject of plastic water bottles because it’s an environmental nuisance — more than 700 million of these single-use bottles end up in Quebec’s landfills every year,” Coderre explained in an email. “In Montreal, we are lucky to have excellent tap water, which is tested several times per day. We tend to forget that our water is of such good quality, that some companies even bottle it directly and then people find themselves paying for it.”

Very few cities in the world have banned plastic water bottles. A small town in Australia called Bundanoon (population under 3,000) was the first in the world to prohibit them in 2009. Concord, Massachusetts, legislated a ban in 2013 — now water there is sold in paper cartons. More recently, San Francisco and Hamburg, Germany, barred the sale of plastic water bottles but only in city buildings.

If Montreal’s ban goes through, the city of more than 1.5 million people could become the largest urban area to ban the bottle entirely.

The Quebec Bottled Water Association was quick to speak out against the proposal.

“Water isn’t the only thing in plastic bottles — juice and carbonated drinks are also in plastic bottles. Drinking water is healthy. Why ban just the water bottles?” asked Dimitri Fraeys, the association’s vice president of innovation and economic affairs. “If I put myself in the shoes of tourists who come to Montreal and there are no water bottles — what will they drink?”

Rather than banning water bottles outright, he said, the city should consider alternatives like increasing recycling.

But Nicolas Montpetit, the director of local environmental advocacy organization Regroupement des Eco-Quartiers, said that the ban is a good idea.

“I was very pleasantly surprised [by the mayor’s announcement]. It’s definitely a step in the right direction,” he said.

Montpetit said tests have shown that tap water is often healthier than bottled water “because you don’t know how long the water was sitting" in the bottle before you bought it.

If you are concerned about chlorine in tap water, all you need to do is leave it in a pitcher in the refrigerator overnight to let the chlorine evaporate, he said.

Despite the groundbreaking proposal, Manon Masse, a member of the provincial parliament from the left-wing Quebec Solidaire party, said the mayor’s idea doesn’t go far enough.

It would be better to implement a measure that would address the disposal of all plastic bottles — even if they have drinks like Gatorade or Pepsi still in them, she said. One idea might be to launch a bottle-return program that reimburses consumers not only for metal cans, but also for plastic bottles, she said.

It will probably be a few years before the city’s water bottle ban goes into effect if it is approved, said Geneviève Dubé, a city spokesperson.