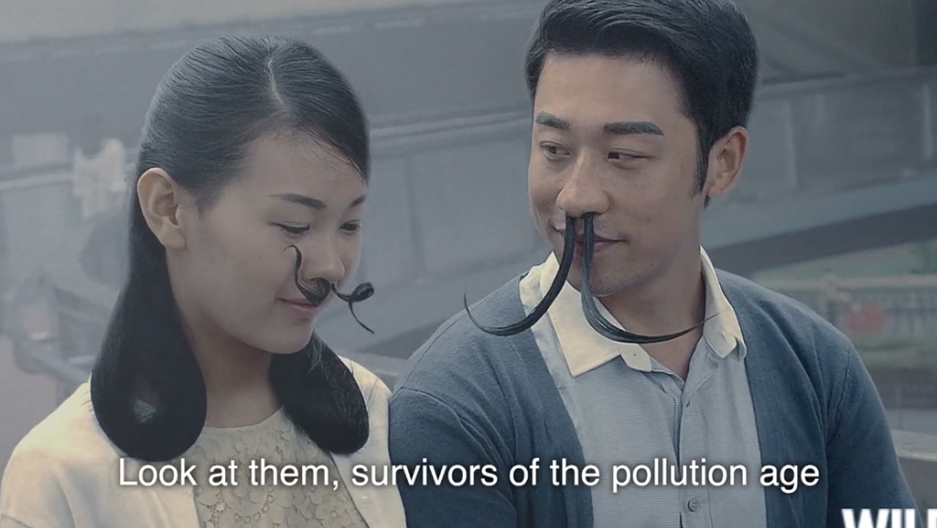 How do you feel when you encounter someone with extremely long nose hairs? Uncomfortable? Grossed out? Just another day at grandpa's?

What if everyone had really long nose hairs — not by choice, mind you, but because we as the human race had evolved in adaptation to climate change and higher levels of air pollution?

More from GlobalPost: China probably doesn't want you looking at these photos

This may seem improbable to you — indeed it may be improbable — but a new PSA from conservation group WildAid asks us to consider this potential reality.

Check out the video, dubbed "highly bizarre" by VICE news, for yourself:

The video might be cheeky, but its message is anything but.

Air pollution kills more than 5.5 million people every year. In 2013, 1.3 million of those people were in China.

Burning coal is the biggest contributor to poor air quality in China, and was found to have been the cause of 366,000 deaths in 2013.

On Friday, the environment minister said China is doing a better job of tackling air pollution than other nations at a similar level of development.

While November and December saw record highs in terms of air pollution, Minister Chen Jining argued that the beginning of 2016 has already seen much improvement.

He brushed off a suggestion that the improvement was due to higher winds. Historically, times of worse pollution in China have coincided with periods of low wind.