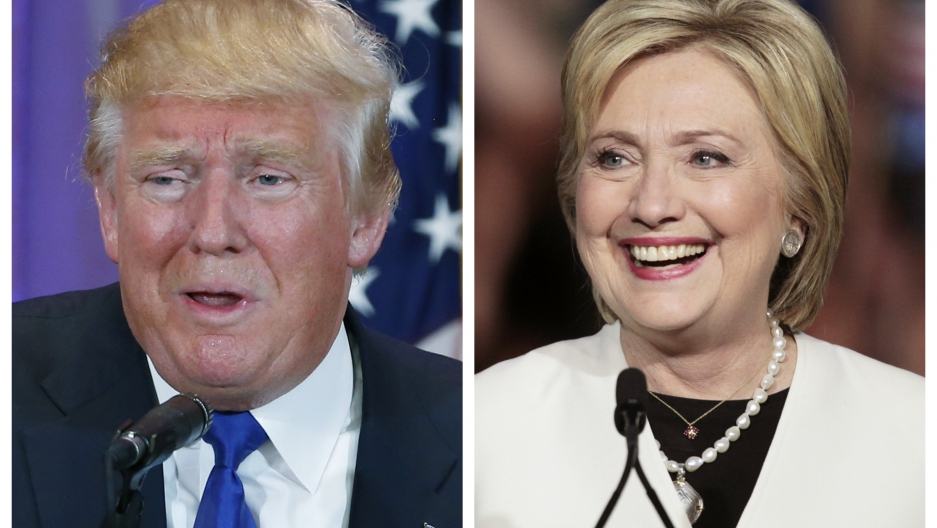 As Donald Trump continues to rack up delegates, Republican establishment and moderate GOP voters are struggling to stomach the presidential front-runner's rhetoric.

“I think Islam hates us," Trump said this week to CNN's Anderson Cooper. "There's a tremendous hatred. We've got to get to the bottom of it.”

For some Republicans like John William Schiffbauer, enough is enough.

Schiffbauer is a self-described "establishment Republican" who used to be deputy communications director of the New York State Republican Party. But after Super Tuesday and a series of Trump victories, Schiffbauer, 31, resigned on principle.

“I was in charge of running the NYGOP social media account, and I was also in charge of helping to draft copy and speeches and press releases for our chairman, and I knew if Trump was going to be the nominee, we were going to have to support him, one way or another,” says Schiffbauer. “There was no way I was going to write copy or do social media in support of Donald Trump.”

In some ways, Schiffbauer’s stance is unusual. Many people who work in politics might not agree with their party’s figurehead, but they don’t quit their jobs over it.

Evan Oxman, a Republican voter in Chicago, is also ready to throw in the towel and abandon the Grand Old Party.

“The rhetoric, first of all, is just inflammatory and vulgar, and in addition to just being awful it doesn’t seem to be winnable in the future,” he says. “I’m a proud free trader, and this rhetoric of attaching 30 percent tariff [hike] I think is a disastrous.”

Oxman, 33, says that Trump is playing “a dangerous game” with race and religion.

“In addition to being immoral, I just think it’s tactically silly,” he says. “The demographics are only going to make it harder for Republicans in the future to just win by appealing to the same old white male that’s traditionally supported the party.”

On Tuesday, voters in Oxman’s home state of Illinois will head to the polls to cast their ballots in the Republican and Democratic primary contests. Though he’s still unsure of who he’ll vote for, he knows it won’t be Trump.

“I think I’m going to wake up Tuesday and see who’s in second place and vote for that person,” he says. “At this point, anything I can do to stop Trump is what I’ll be doing.”

Oxman isn’t a fan of Ted Cruz, either, but the junior senator from Texas is running right behind Trump. If Hillary Clinton maintains her lead in the delegate count, it’s very possible that she’ll face off against Cruz or Trump in November. If that’s the case, Oxman says he’ll do something that he previously unthinkable.

“If you had told me six months ago what I’m about to tell you, I would tell you you’re crazy, but I would proudly vote for Hillary in those two scenarios,” he says. “But I still hold out some hope that the Republican Party will come to its senses.”

Oxam says Clinton is more “tolerable” than Trump or Cruz, and he even says the former secretary of state is more conservative than Donald Trump on certain issues.

Schiffbauer was hoping Michael Bloomberg would throw his hat into the ring, but the former New York City mayor squashed those rumors earlier this week.

“I’m definitely on board with Hillary at this point if it’s Donald Trump or Ted Cruz at the top of the ticket,” Schiffbauer says.

For Schiffbauer, Hillary Clinton is “likable enough,” and he believes that Republicans in Congress will be able to come to terms and work out policy deals “with a second Clinton White House.”

“I think the smart thing would’ve been to nominate Marco Rubio, but that is looking increasingly unlikely,” he says. “Ted Cruz is, best case scenario, he’s Barry Goldwater, and either way we’re ‘gonna lose.”

As Trump marches towards the Republican National Convention in Ohio this summer, both Oxam and Schiffbauer are feeling like political orphans.

“I’m hoping there’s a large smoke-filled room in Cleveland somewhere that can put an end to this madness, but realistically, it doesn’t seem there’s much that can be done,” says Oxam. “I’m hoping Tuesday is a bad day for Trump, but again, it looks increasingly unlikely.”

Though Oxam is holding out hope, Schiffbauer isn’t holding his breath.

“Having worked inside a party structure — I didn’t work for the RNC but I worked for the NYGOP — I can tell you that there is not going to be a smoke-filled room in Cleveland,” Schiffbauer says. “If there were a smoke-filled room in Cleveland, I think the grassroots would rebel, and I think Trump would, either way, he would come out on top because the party establishment is just so reviled at the grassroots level, and it has been effectively neutered on the national level.”

“I don’t know which is worse,” Oxam adds.