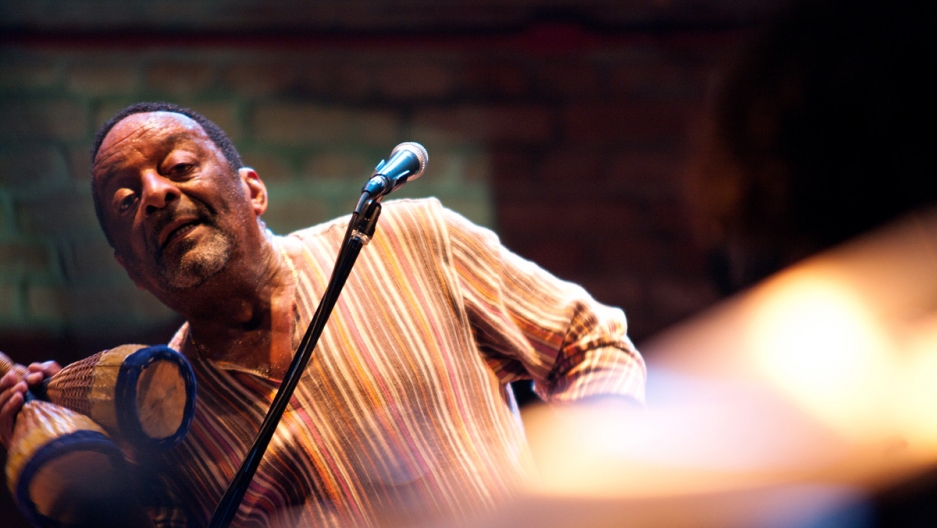 Acclaimed Brazilian percussionist Nana Vasconcelos, who died on Wednesday at the age of 71.

You’ve probably heard the music of acclaimed Brazilian percussionist Naná Vasconcelos, you just didn’t know it was him. Or, perhaps even that it was a human being.

He died of lung cancer on Wednesday at the age of 71 in Recife, a northeastern city of Brazil.

He was an eight-time Grammy Award winner, and worked for decades with well-known musicians like Milton Nascimento. He also was the master of a single-string instrument known, in his native Portuguese, as the berimbau.

“He basically took any percussion instruments, even just objects and he would create these amazing soundscapes that were so touching, and so moving,” says reporter Betto Arcos. “He was like no other percussionist in the world.”

For eight years straight, Vasconcelos was named percussionist of the year by DownBeat, an American jazz magazine.

He grew up in a poor neighborhood, Arcos says, but rose to be the world's most important percussionist.

The instrument he's known best for — the berimbau — is often used in capoeira, the practice of Afro-Brazilian martial arts. Vasconcelos incorporated it into his music.

"It's an instrument that, interestingly, has humble origins," Arcos says. "It was created out of the metal that people would pull out of tires."

After you watch this video of him, it's pretty hard to disagree:

An earlier version of the story misspelled the world Brazilian. We regret this error.