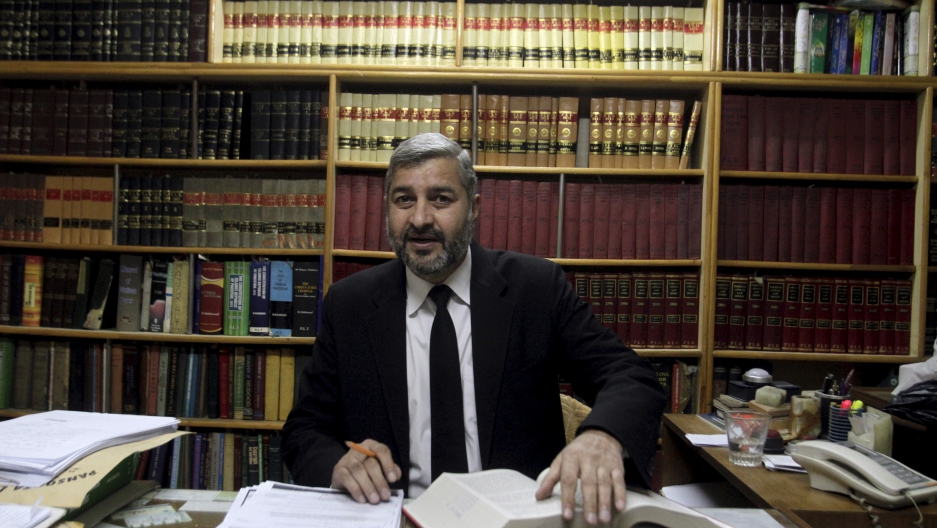 Ghulam Mustafa Chaudhry, the leader of the lawyers' pressure group, offers his services for free to those who accuse others of blasphemy.  He believes that only death is a suitable punishment for blaspheming against the Prophet Muhammed.

In Pakistan, an accusation of blasphemy can be fatal. The official legal punishment for defiling the name of the Prophet Muḥammad, even indirectly, is “death and nothing else”.

Even when a death sentence isn't officially carried out, defendants are sometimes murdered or lynched by people who believe they are protecting Islam. Family members frequently have to go into hiding.

Recently, it has emerged that much of the pressure to promote and prosecute blasphemy cases has come from a surprising source: Pakistan’s legal profession.

A group of highly educated lawyers known as “The Movement for the Finality of the Prophethood” has devoted itself to ensuring that as many cases as possible reach court and result in a guilty verdict.

The organization claims to have 700 members in the province of Punjab alone, where hundreds of cases have been filed in recent years.

According to the BBC’s Mobeen Azhar, lawyers from the group offer their services for free, and often pack courtrooms with clerics and supporters to ensure a guilty verdict. And rather than relying on arguments about evidence, the lawyers will frame the case as decision where the honor of Islam is at stake.

The group is led by Ghulam Mustafa Chaudhry, a lawyer who has made his name prosecuting blasphemy cases, and defending people who have murdered alleged blasphemers. According to Azhar, meeting Chaudhry is a memorable experience.

“You walk into his plush office, and he’s quite presidential. He’s always got a cigar in his hand. He’s very polite, offers you tea and biscuits. And then you get down to business. He said to me: “there is only one punishment for blasphemy, and only one punishment for insulting the Prophet Muḥammad, and that is death. There is no alternative.”

This month, one of Chaudhry’s most famous cases returned to the headline. Chaudhry had been the defense lawyer for Mumtaz Qadri, a man who murdered the governor of Punjab Province, after the governor spoke out in favor of reform of the blasphemy laws.

In court, Ghulam Mustafa Chaudhry’s defence of Qadri was based on the argument that the murder was justified because to question the blasphemy laws is in fact to commit blasphemy. His argument was formally rejected, but Qadri has become a hero to many Pakistanis.

According to Azhar, there is little prospect of reform of the blasphemy laws given the current climate. “It will take a very brave set of people to move forward and even get that discussion going. There isn’t a critical mass."