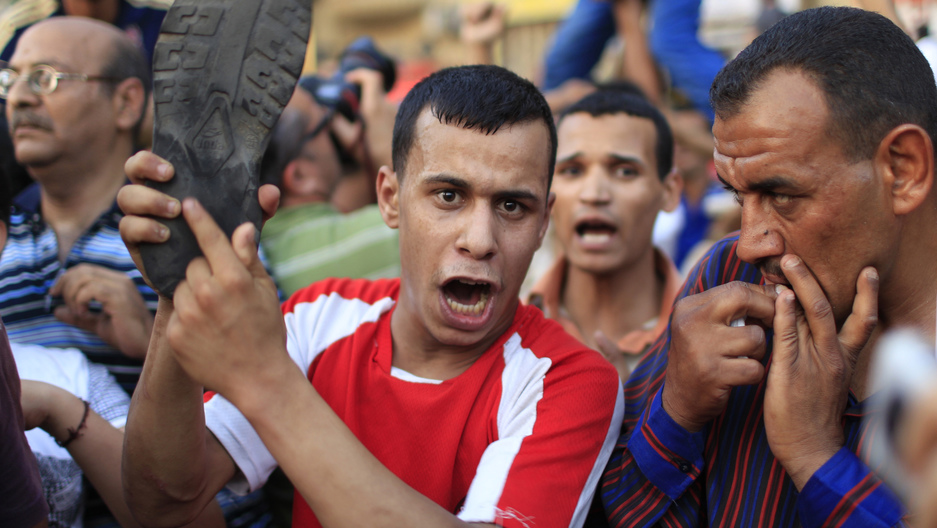 A protester points at a shoe during a demonstration at Tahrir square in Cairo June 14, 2012.

Glance at headlines, and it’s easy to get gloomy about the state of democracy around the world. In China and Russia, the Middle East, Turkey and Thailand, South Korea and South Africa and beyond, authoritarian states seem to be more authoritarian, and some democracies are getting wobbly. 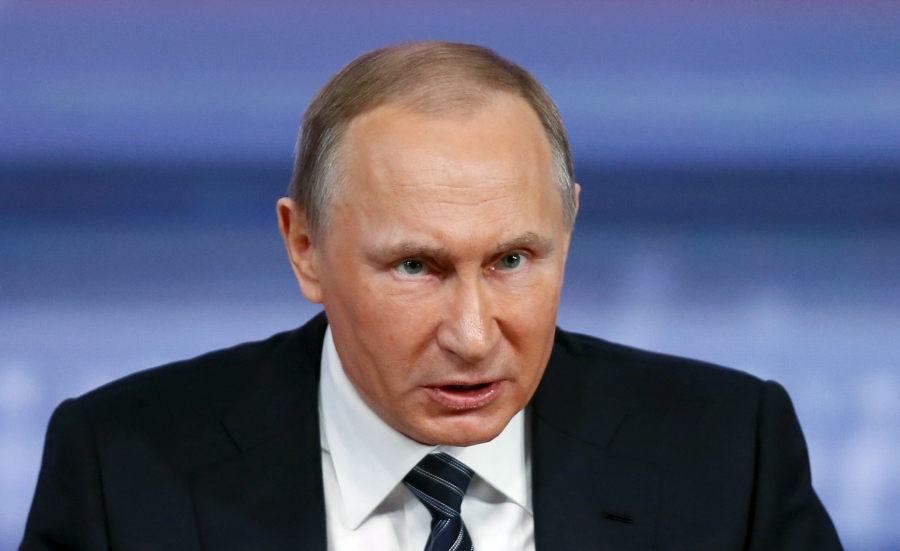 But a robust case could also be made for democratic resilience. As some democracies have become wobbly, others have strengthened, or even moved to the democratic camp. The number of democratic states in the world has held steady for a decade at 89, by some counts, even as some have left the list and others have joined. (Here's Freedom House's count. The Economist Intelligence Unit's annual Democracy Index breaks the numbers down slightly differently.)

“But I do not see in Asia, or anywhere, a pattern towards a systematic erosion of civil liberties.” Indeed, he says, many African states have moved over the past couple of decades, if not to real democracy, at least to allowing more rights, and some opposition. 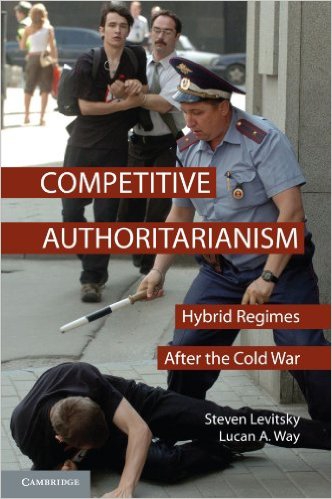 Still, that there isn’t a broader pattern may be cold comfort to Thais being hauled in by the military government for an “attitude adjustment” if they criticize the regime, or South Korean legislators who just set a record in February for longest filibuster — seven straight days — in protest against what they said was a repressive state security law that President Park Geun-hye trying to push through. While the legislators were filibustering, protesters in Seoul got creative when police refused to give them a protester permit, and projected holographic protesters instead — ghostly apparitions outside the Presidential palace, calling for the right to protest.

And then there’s China, which was never a democracy, but where for a decade or so, there was a loosening of restrictions on free expression, including online, and including calling foul on bad behavior by local government officials. That all changed once Xi Jinping came to power in 2012, silenced critics online, and told Chinese journalists that their role is to serve and promote the Communist Party.

Expectations of a rising middle class notwithstanding, the Party doesn’t want to encourage any move toward vocal pluralism at a time of slowing economic growth and mounting challenges. 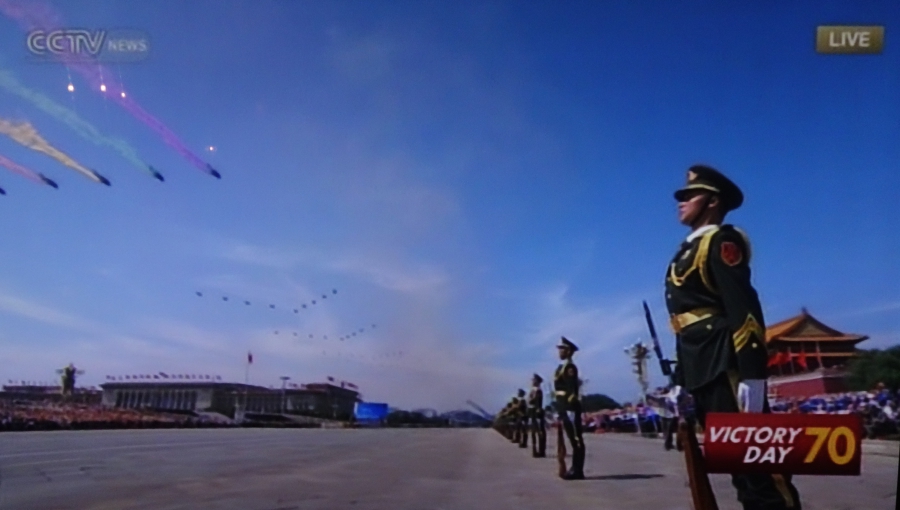 “The Chinese Communist Party certainly does not want to give up power, nor does it envision a future in which it can retain power while radically changing the political system,” says Bill Hurst, an associate professor of political science at Northwestern University. “That is, Xi Jinping and others in power in China want to keep the status quo, as far as the basic system is concerned. They’re very, very concerned to be able to do that effectively, not necessarily to be able to do that in a pleasant way, but in an effective way.”

That’s a time-honored tradition among authoritarian states, says Levitsky, and not a sign of democracy in decline. He says Americans, especially in policymaking circles, have long been too optimistic that when things start to change in an authoritarian state, it necessarily means a move toward democracy. 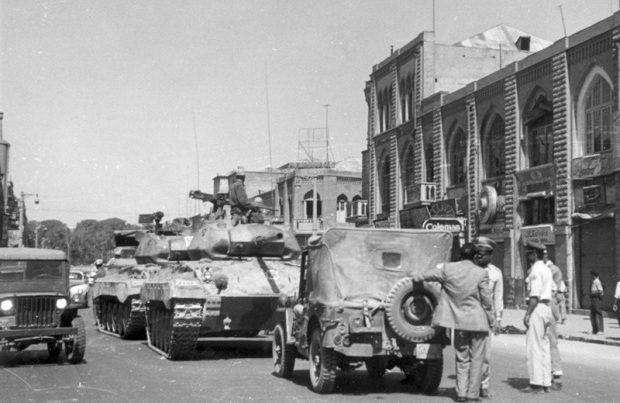 Tanks on the streets of Teheran during the 1953 coup. (Photo: National Security Archive, GWU)

The long-standing American desire to "make the world safe for democracy" stretches back to Woodrow Wilson, using the phrase in his speech to Congress in 1917, asking the US to join World War I. But Levitsky says, US attempts to use military intervention to promote democracy don’t have a great track record. In Germany and Japan, yes. In Central America, Iraq and Libya, not so much.

“Many folks in the [Obama] Administration were optimistic that toppling Gaddafi could lead to some kind of democracy, or some sort of stable regime, when it was even clearer in Libya than in Iraq that if you topple Gaddafi that, for better or worse, the state apparatus is going to come down, and you’re going to get some form of anarchy that was even more predictable than in Iraq.”

A couple of assumptions about democracy and authoritarianism that both Levitsky and Hurst think Americans would do well to reconsider are that the natural state of things, once people get any kind of choice, is to move toward democracy, and that American activist intervention, military or otherwise, can turn the tide.

In China and Russia, for instance, intellectuals and dissidents rightly feel oppressed, sometimes even endangered, but many people support their populist leaders.

“We can look at a lot of countries that have had long-term authoritarian governments, without any clear signs of disruption,” says Hurst. And so, moments of transition away from authoritarianism should be treated, I think, as surprises rather than inevitable outcomes. “

And it’s not necessarily true that democratization, when it comes, comes in waves, as happened in Eastern Europe in 1989 and after, and was anticipated in the Arab Spring.

“Eastern Europe sort of spoiled us, because it was a full domino effect,” Levitsky says. “Every regime in the region fell, within a couple of years. And almost all of them fully democratized. And so we in the US kind of put that lens on and expected it in the Middle East, and were collectively disappointed.”

But there are reasons why a move to democracy was always going to be hard in the Middle East, Levitsky says. Many of its authoritarian regimes have been backed and armed by the US and other Western powers, and have strong coercive abilities that have kept civil society weak and potential rivals disempowered. And when Islamist opposition voices become louder, the liberal middle class tacks right and gets in line behind the military, as it did in Egypt.

So what’s a democratic superpower to do, if it wants a more democratic 21st century, or at least not a more authoritarian one? Here are a few: lead by example (ahem), have realistic expectations about which states have a decent shot of becoming democratic and offer resources and access to leaders and future leaders.

“Countries that have very, very strong ties to the West — extensive ties, cultural ties, social ties, technocratic ties, meaning their elite all vacation in the United States or Western Europe, they all get educated there, they all hope to get a scholarship at Harvard or Oxford when they leave office — those countries are the easiest to influence,” he says.

Oh. And, if you are going to send your military into a country, like Iraq or Libya, with the goal of promoting democracy, don’t knock out the entire state apparatus. Something needs to continue to function in the interim, and in many places, Hurst says, even when there have been democratic upheavals leading to regime change — the Philippines in ‘86, and Indonesia in ’98 to name a couple, the elites don’t go away, they just work out how to reconfigure themselves to preserve their privilege. The result can still be a better system that benefits more people; it’s just not a clean break with what came before.

All that said, it’s not at all clear that this century will play out the way the last one did, a bilateral tug-of-war between democratic and undemocratic forces.

“What I think is likely is that the relative position of both the United States and China, compared to other parts of the world, is not likely to become stronger,” Hurst says. “In other words these are two countries that, one of which sees itself as a superpower the other would like to be seen as a superpower. But neither one is likely to remain as much of a superpower as it is today, in the decades ahead. Does that mean that there are other countries that are going to replace them? I don't think so. I don't I don't think suddenly that India or Russia is going to become a bigger power than China or the United States.”

Instead we seem headed toward a multi-polar world.

“And for the US most effectively to promote its values or its agenda, or for world stability and peace., the best thing the US could do would be to learn to work collaboratively in a multi-polar setting, which I think will be very hard for the US to do, but not impossible,” Hurst says. “The real question is not whether the US can do that, but whether it wants to.”

There’s also the question of whether US politicians will want to move to end the current era of polarization, obstruction and sometimes outright animosity that, along with xenophobic populism like Donald Trump’s, has been known to corrode democracies. 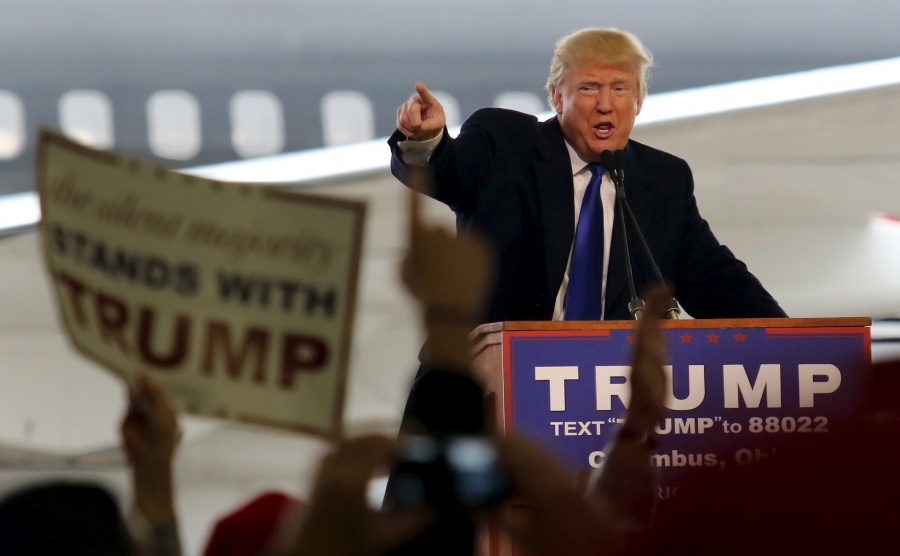 “When you study democratization in Latin America, you focus a lot on, or you learn to focus a lot on, the informal rules of the game that make democracy work,” Levitsky says. “It's not just about the rules that you write down — the constitution — but the informal rules by which the elites play, in which one side accepts the other as a legitimate opponent. Winners don't overly abuse their power. Losers accept that winners win, and are able to govern. There are basic norms, essentially, of the democratic game that are necessary to make democracy work. ... And now, in the last decade in the United States, we see these very norms beginning to be eroded.

"For decades and decades and decades, the Senate allowed presidents to appoint nominees, judiciary and elsewhere. Suddenly that is up for grabs. For many years, the filibuster was something that was used only in exceptional circumstances. Suddenly it became something that was used routinely. There's now talk of blocking of even the possibility of a Supreme Court nominee for a year. But much, much more frightening to me has been, for the first time in my lifetime, a level of violence in the political discourse. And that's something that's been brought on by Donald Trump. ... I hope it's a passing thing. I don't know. I'm not sure anyone knows."