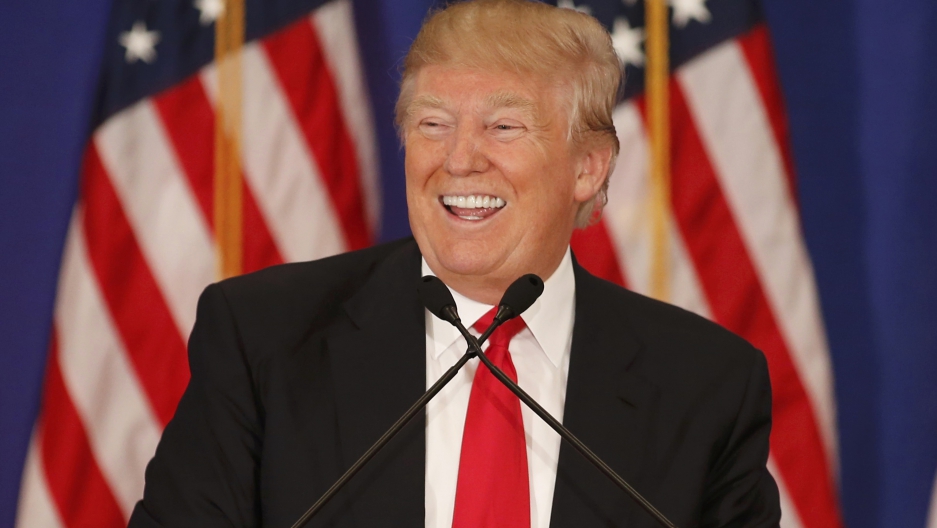 Republican US presidential candidate Donald Trump speaks about the results of the Michigan, Mississippi and other primary elections during a news conference held at his Trump National Golf Club in Jupiter, Florida, March 8, 2016.

Donald Trump’s bombastic style and promise to “make America great again” resonate with many Republican voters in the US. But his campaign also serves as an example of what makes American politics so incomprehensible to the rest of the world.

Here’s a view of Trump and what his campaign says about American politics from five different countries around the globe.

Germany: Why is the US so angry?

Germans have a hard enough time grasping the American political system, even without candidates like Trump rising to popularity, Kolb said.

“I think when it comes to foreign policy, I always try a lot to make my readers understand that there is a huge amount of frustration and anger all over America, but especially from the Republican side — that there are a lot of people who want someone who can shake up Washington, can turn everything around and that foreign policy in general is something that Americans don’t care about and frankly don’t know so much about,” Kolb said.

Even establishment candidates can seem out of the ordinary. “Even someone like Mitt Romney came out so forcefully against Donald Trump,” Kolb said. “He was also like a pretty strange candidate by German standards. We don’t have someone who is a billionaire or someone who was a quarter billionaire like Romney was.”

Mexico: Are you serious about a wall?

“We feel [Trump is] abusing our immigrants,” said Rafael Fernandez de Castro, professor of international relations, and former dean of the department of international studies at Autonomous Technological Institute of Mexico. “He’s telling lies about them, he’s called them rapists and things like that. So it’s something that really infuriates Mexicans.”

Trump has promised to build a wall at the US border with Mexico and said he plans on deporting all illegal immigrants.

The Mexican government recently formally responded to Trump’s proposal that it — and not the US — would pay for a wall to keep Mexican immigrants from entering the country illegally, the Associated Press reported.

"Mexico will under no circumstance pay for the wall that Mr. Trump is proposing,” Mexican Treasury Secretary Luis Videgaray said.

China: Trump signals the malfunctioning of US politics

Another cornerstone of Trump’s campaign is China, which he has accused of unfair trade practices. Trump says he would impose tariffs on China.

“For the Chinese state media ... where they have opined on Trump, it has been a propaganda opportunity,” Quartz reporter Gwynn Guilford said. The Chinese government sees Trump’s rise as a window into the problems of American democracy and the malfunctioning of the American two-party system, Guilford said. “So, they’re making a lot of hay out of that,” Guilford said.

On social media, many in China are already familiar with “The Apprentice,” Trump’s former reality TV show, and are following him purely for the entertainment value. “There’s mostly just people basking in the ridiculousness of some of the things he says,” Guilford adds.

The political circus isn’t exclusive to America, said Briton and management editor for “The Economist” Adrian Wooldridge. “Trump isn’t just an American phenomenon,” Wooldridge said. “You’re seeing all around the world a great deal of disillusionment with establishment politicians and sort of mini-Trumps or variations of Trumpism being played right around Europe, both on the left and the right, so there’s something more general going on here.”

“People are really outraged by what he says. They’re mesmerized by what’s going on in the United States and it confirms to English people, British people, many, many negative impressions they have of the United States. It’s playing into the anti-American sentiment that many people have,” Wooldridge said.

Israel: Mixed reviews on the ground

“For Israelis, it’s quite entertaining, but also quite concerning,” said Israeli consultant and author Yossi Alpher, who said he conducted an informal poll, asking several people in his neighborhood what they thought of the American candidate.

“The butcher said ‘I love him, he’s funny. I’m totally cynical about all politicians, but at least I can enjoy Trump. I would vote for him,’” said Alpher. “The accountant said ‘No he’s going to be an isolationist, cut all military aid to Israel. He’ll finish off what Obama’s already started doing of pulling America out of the Middle East. This will be bad for us. We’re going to lose an ally.’ The guy in the mom-and-pop store said ‘No, he’ll take smart advisors, it’ll be OK.’ So, I didn’t learn anything from that.”

This story first aired as interviews on on To the Point.