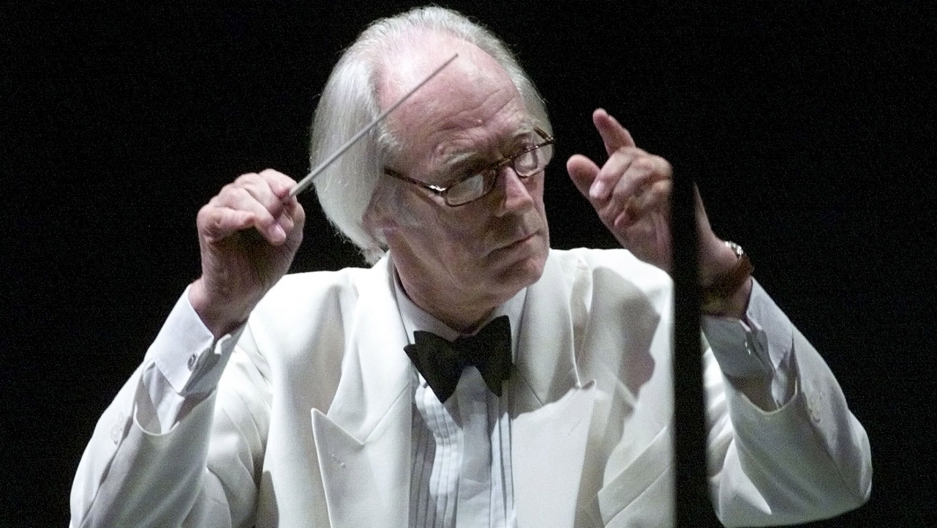 Take a moment today to listen to the final chord of the Beatles, “A Day in the Life.”

Three out of four of the Beatles hit the same major E chord as hard as possible on three different pianos at once.

And then Sir George Martin, often called the fifth Beatle, strikes the same chord on the studio's harmonium.

And in that bit of "A Day in the Life" you can hear a bit of what made Martin the fifth Beatle.

He was classically trained. He had perfect pitch and taught himself piano as a boy. Later he went on to study at the Guildhall School of Music where he played the oboe.

It was Martin who persuaded the Beatles to weave elements of classical composition into their music. He put strings under Yesterday and Eleanor Rigby; he used a marching band on Yellow Submarine. Martin also encouraged the band to experiment with sound — playing tape backward or messing with the speed. This kind of experimentation was a necessity.

Ivo van der Werff was witness to Martin’s inventiveness. He played viola in the Medici Quartet and the group recorded with Martin in the early 90’s.

“One of the things that struck us as soon as we stepped into the studio is that George had a real sense of sound. Sometimes when you’re in a studio you take quite a long time to get a decent quartet sound to get the balance right but with George it happened within minutes,” says van der Werff.

The Medici Quartet recorded with George and his son Giles Martin at AIR studios in central London.  AIR studios was founded by Martin in 1969 after he left EMI. Many, many film and television scores have been recorded there.

Started out as my dad. Ended as my best friend. Love is all you need X pic.twitter.com/SVzuCzKKNM

“It was very special for us to record in his studio with the wonderful acoustic there,” says van der Werff, “The way he worked with us was very meticulous but also very easy. Of course he would tell us things that were incorrect or wrong but the way he did it was so nice and we felt very comfortable working with him.”

While many around the world know George for his contributions to the Beatles and rock 'n’ roll history, many classical musicians, including van der Werff, know Martin through their work recording film and TV scores at AIR studios, says van der Werff.

“So a lot of classical musicians who have taken part in his film sessions know George not just though his recordings but for setting up these wonderful studios and they know his contributions to their livelihoods literally and he has the absolute upmost respect from all classical musicians because he had a classical music background and he understood what we as classical musicians were trying to do but he could also involve that into the more pop culture that he also was involved with.”