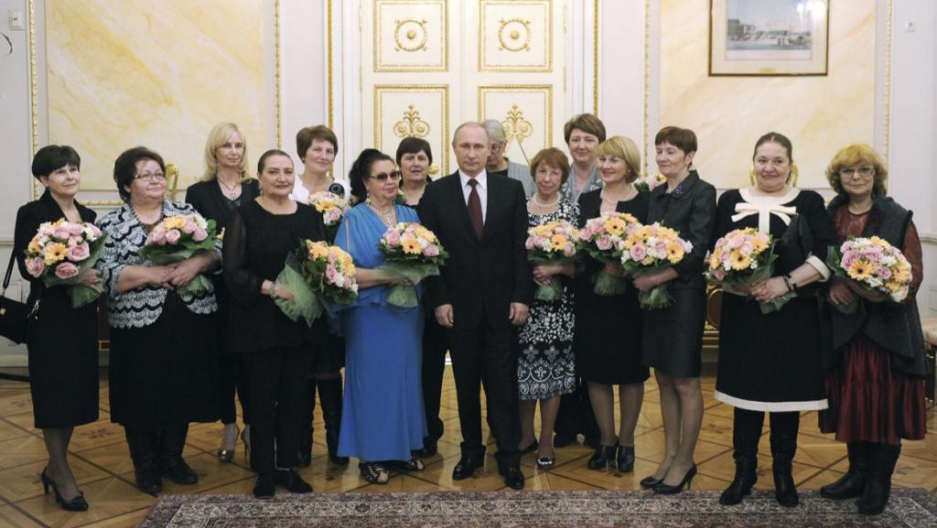 Typically, International Women’s Day is for lavishing ladies with recognition and support.

It’s an especially big deal in Russia. But leading up to the March 8 holiday, some Russian environmentalists have been discouraging consumers from going too crazy with the bouquets. They say that cultivating some of those pretty flowers and transporting them way over to Russia is harmful for the environment.

The Russian branch of the World Wildlife Fund says growing flowers in greenhouses is a drain on water and electricity supplies, adding that a single hothouse flower produces almost six times the amount of carbon dioxide than if it’s grown in the ground. Then there's the energy it takes to ship them.

“If you are still certain that the lady of your heart absolutely needs flowers, just remember — the growing of tulips and daffodils causes less damage to the environment then the production of roses,” Elena Smirnova, a specialist for an environmental consultancy, said in a WWF statement.

Founded as a socialist holiday in the early 20th century, International Women’s Day is still widely celebrated across the former Soviet Union. It’s not unusual for wives, mothers, and even co-workers to be showered with roses and other sentimental gifts.

Greenpeace Russia, for one, is really hoping for the latter. It warns that flowers leave a large ecological footprint thanks to the long, fuel-consuming import routes from countries like Argentina and the Netherlands. Russia gets an estimated 40 percent of its flowers from the Netherlands in trade totaling about $320 million in 2014, according to The New York Times.

“The innocent roses in your hands have most likely crossed the ocean and have already caused serious damage to the environment,” Greenpeace Russia said on its website.

Instead, the group recommends that men consider gifts like reusable lunch boxes, coffee tumblers and bicycles. The WWF also reminds us of the tried-and-true guideline for any holiday: “The best gift,” it says, “is a gift with meaning.”

Meanwhile, officials in Russia and Ukraine are also warning people against buying primroses, a family of rare wildflowers that includes crocuses and snowdrops. Despite administrative fines — the flowers are on an endangered species list in both countries — it’s still common for small-time vendors to sell them in underpasses and on the street after illegally picking them.

Environmental awareness is pretty low in most of the former Soviet Union, where many heavy industries are still energy-inefficient and critics complain that officials don’t take environmental protection seriously enough.

But some of those critics themselves are also threatened.

In Russia, particularly, ecologists have come under government pressure for some of their activities, with authorities cracking down on environmental NGOs and even jailing an outspoken activist during the Winter Olympics in Sochi.