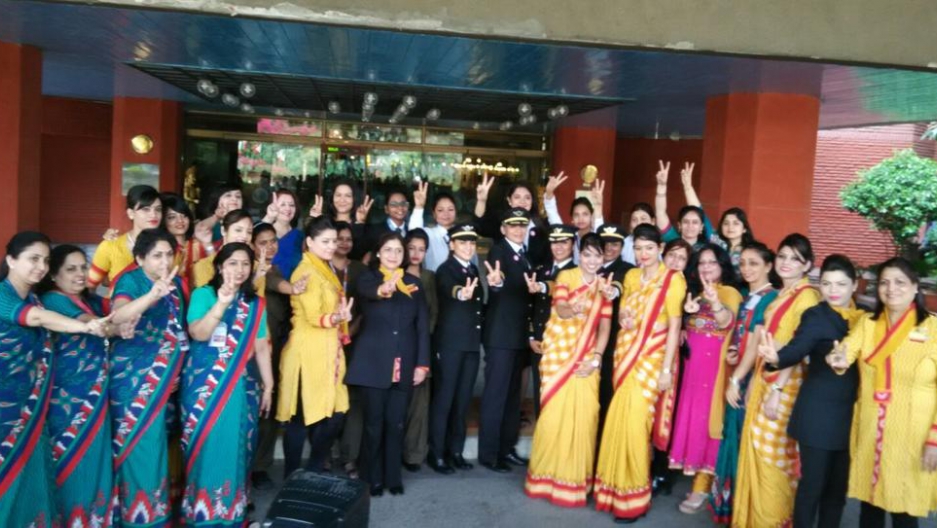 Nothing too unusual in that.

But Air India says this flight was the "world's longest" all-women operated and supported flight, ever.

“What we wanted to do on International Women’s Day is to do a landmark historic event,” says Harpreet De Singh, Air India’s chief of flight safety.

“It's like a record that we are trying to set — where we can display that women can be equally good in any activity which is traditionally male dominated," says Singh. We've tried to have an all-woman show for this longest flight in history.” 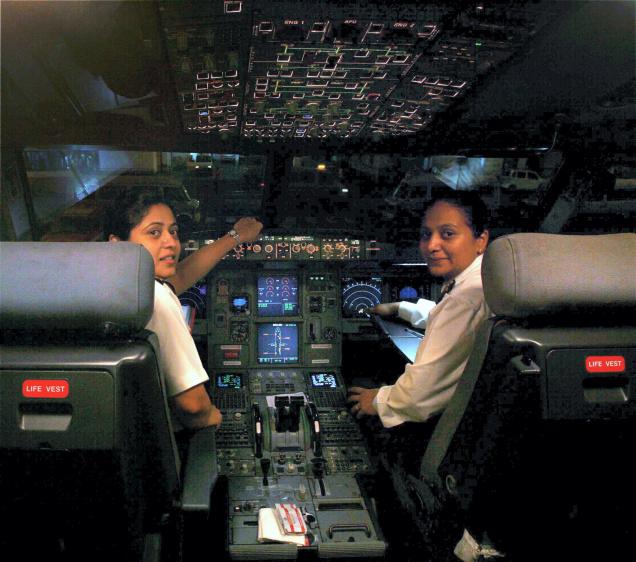 Two teams of Air India pilots are assigned to fly the Boeing 777 aircraft on the 17-hour route from New Delhi to San Francisco. On Monday, it was flown by all women.

That 17-hour flight covered more than 8,000 miles. And it wasn't just an all-female crew in the cockpit. Singh says all the flight operations were managed by women:

“We had a lady dispatcher, we had a lady doctor, we had the radio operator on VHF, we had the ops control people who were ladies, I myself did the safety audit, made sure the ramp checks were done, and, of course, the cabin crew, and the security staff were all ladies.”

Singh says she squeezed in a quick conversation with two of the captains during the flight. "They were all extremely excited, very happy, they said that all the passengers on board applauded after the landing, and they were excited about being part of the historic flight. I told them to keep the flag of Air India high, India’s flag high and to keep the flag of women high,” she says.

Singh hopes the Delhi to San Francisco flight will send a message — especially to young girls in India.

“This entire message is to actually to encourage young girls who have dreams of getting into the skies and they feel it’s too technical or this is something only men do. This flight’s a symbol that every single male-dominated function can be carried out by women safely and efficiently.”

It's a message that seems to be getting some traction.

According to India's aviation agency, the country now has nearly four times more women pilots than the global average.

And Air India says it's scheduled 22 more flights with all-women crews for Tuesday, International Women's Day. As Singh put, "almost every Indian woman pilot will be in the sky."

The longest all women flt #AI173 took off with pride and glory! Women power soars high with #AirIndia. #WorldRecord pic.twitter.com/CcFi8EdrNl