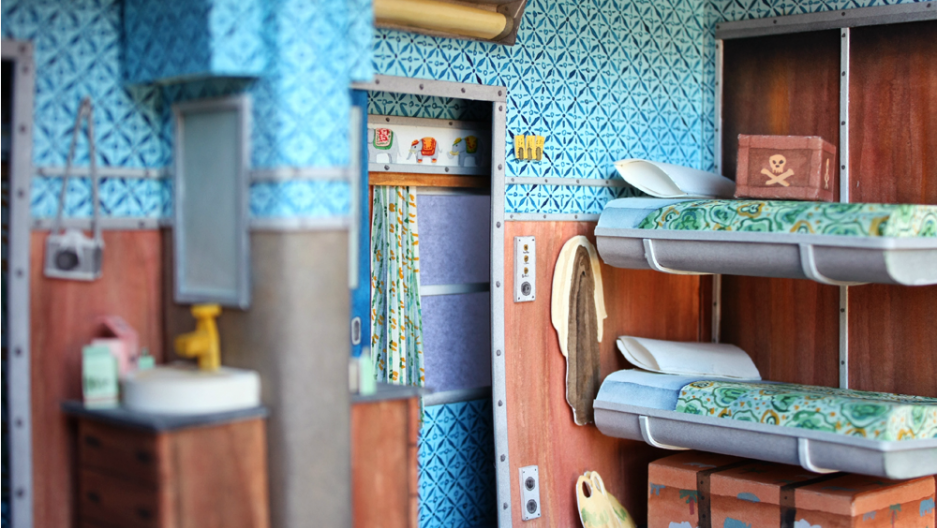 Mar Cerdis an artist who paints watercolor illustrations for Spanish children's booksand guides to Barcelona. While her published work is primarily two-dimensional, in her spare time she likes to make3-D paper dioramas.

A former film student,Cerdhasa special affinity for movies, and in one extraordinary series she's recreated scenes from some of Wes Andersen's most beloved films. Like this scene from "The Royal Tenenbaums":

Margot Tenenbaum in the bath at left, with a seated Etheline Tenenbaum at right.
(Courtesy of Mar Cerd)

The scene is instantly recognizable, and its charm lies in that it's both completely novel and familiar at the same time. The diorama is a perfect recreation of this scene:

Cerd is strict about details, going so far at to match colors, prints, textures and framing of each scene. 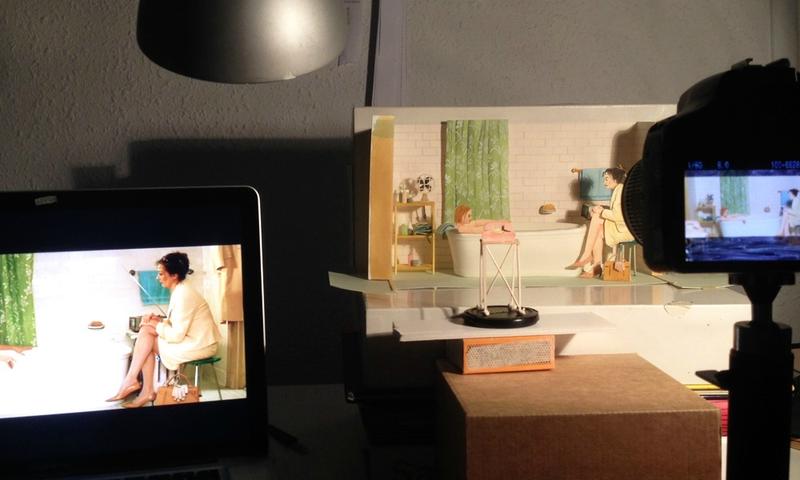 A process shot of Cerd's diorama
(Courtesy of Mar Cerd) 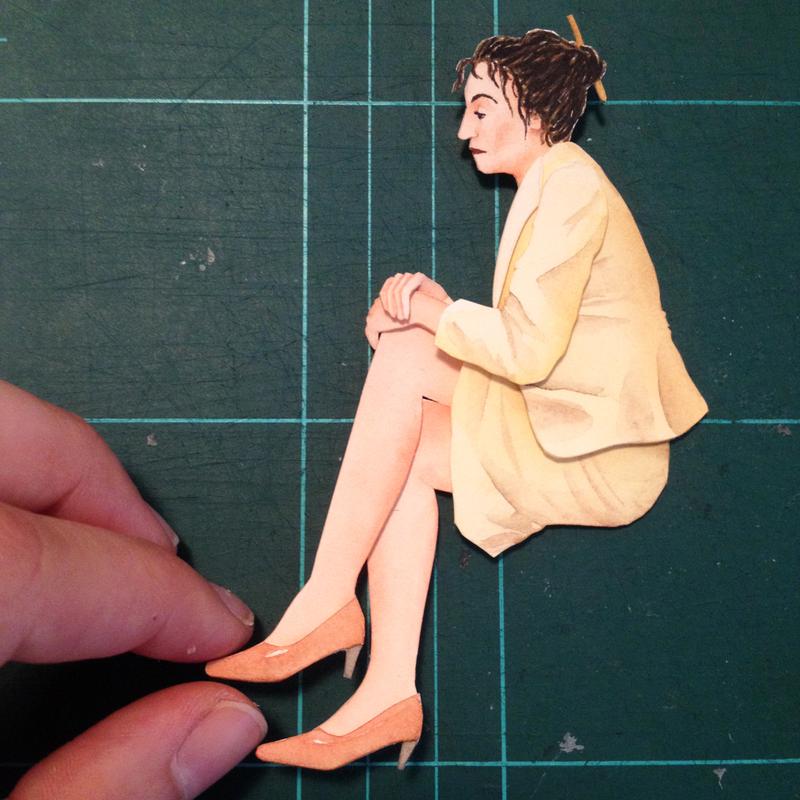 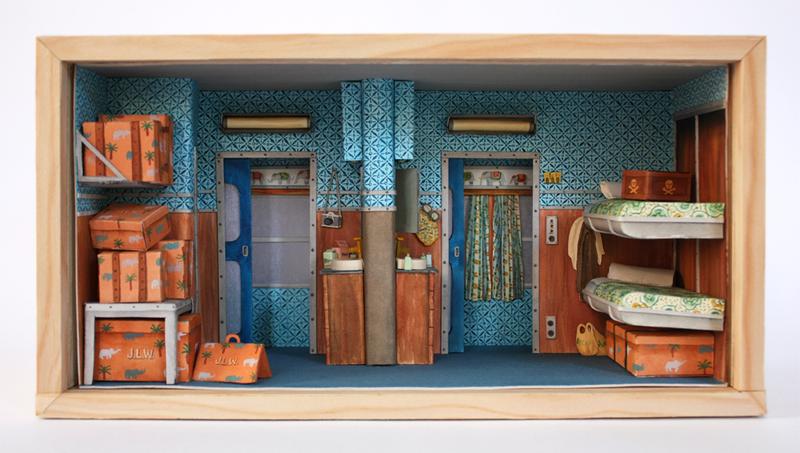 I love that not only the physical spaces are replicated, but so are the set dressing and props (like the goggles below). 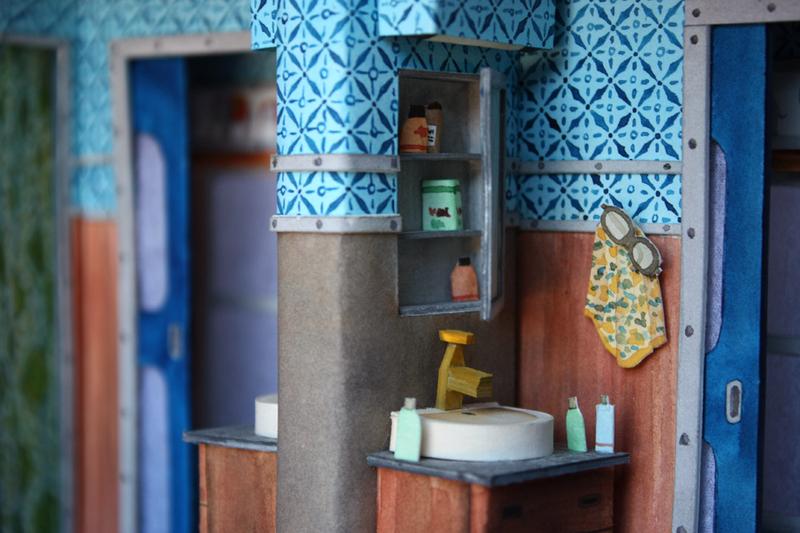 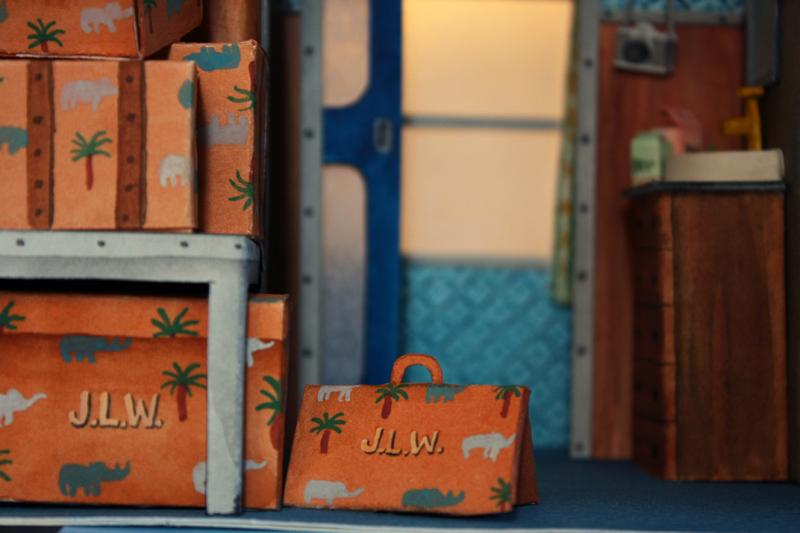 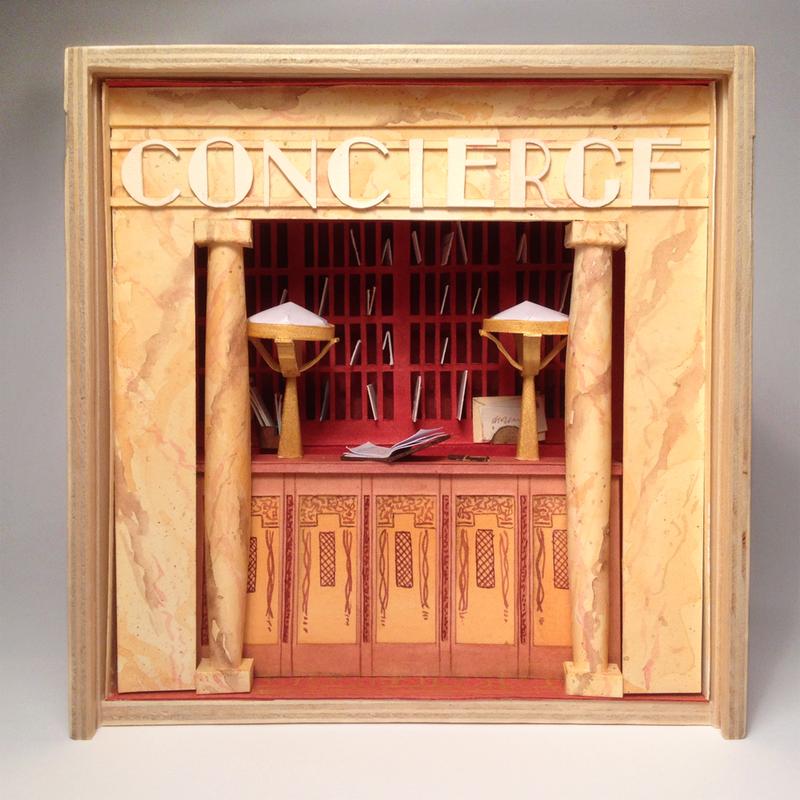 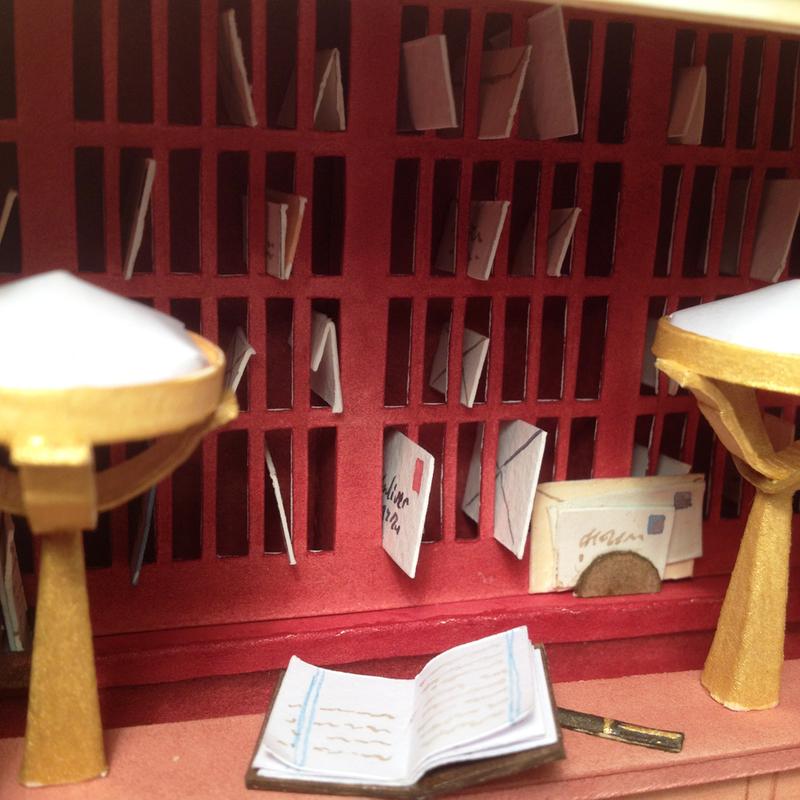 They are all so sweet, I wish I could see them in person. And just in case she's taking requests --- Ms. Cerd, I'm a very big "The Life Aquatic"fan. Just sayin'.

Bonus tip: If you're a Wes Anderson fan, you will likely really really dig this online gallery show called "Bad Dads"from Spoke Art. A few of MarCerd's dioramas are included, along with a lot of very dope fan art.