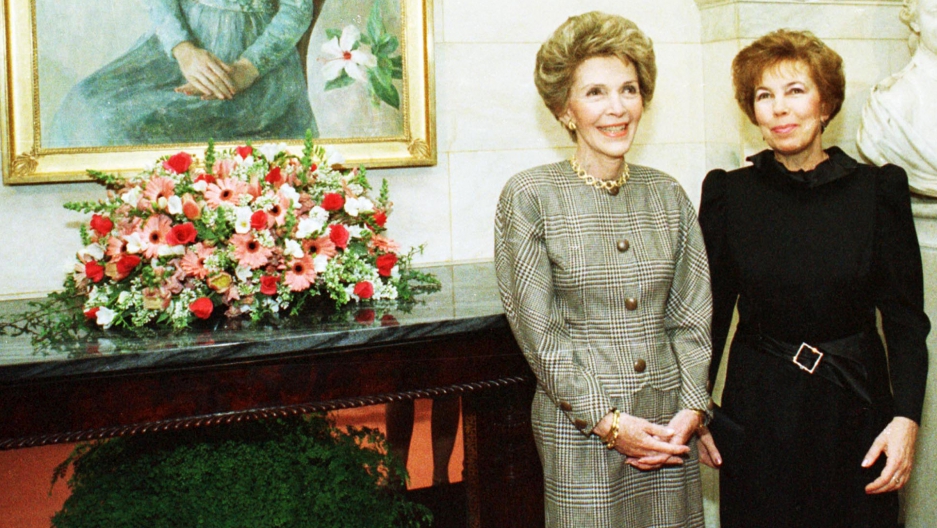 Nancy Reagan and Raisa Gorbachev pause near a portrait of Pat NIxon during a tour of the White House in this file photo from December 9, 1987.

Former first lady Nancy Reagan died over the weekend at the age of 94. Of course anyone who grew up stateside during the Reagan administration will never forget her anti-drug campaign with its catchy slogan, “Just Say No!”

But in Russia news of the death of Nancy Reagan has ignited conversations about the fraught legacy of Mikhail and Raisa Gorbachev, says Moscow-based writer Natalia Antonova.

“People [today in Russia] are feeling really nostalgic for the years when they thought of themselves as the super power. Because Gorbachev presided over the Soviet Union falling apart a lot of people can’t help but transfer their frustrations with the current situation onto him and his wife,” says Antonova.

“Two alpha females in the same room don’t necessarily get along with each other or at least that is the popular view of it,” says Antonova. “Records do suggest that they kind of got along on the surface, but there was always tension.”

For example: That time Raisa Gorbachev insulted the White House. “I would say that humanly speaking, a human being would like to live in a regular house. This is like a museum,” she reportedly said.

In fact she even wrote about the offense in her memoir: "It wasn't a very polite answer, especially from somebody who hadn't even seen the private living quarters!"

“It just perfectly shows how Americans and Russian differ socially, because Americans expect their guests to be polite, whereas Russians feel in a social setting you have to be as honest as you can," Antonova says. "Pretending is pretentious." 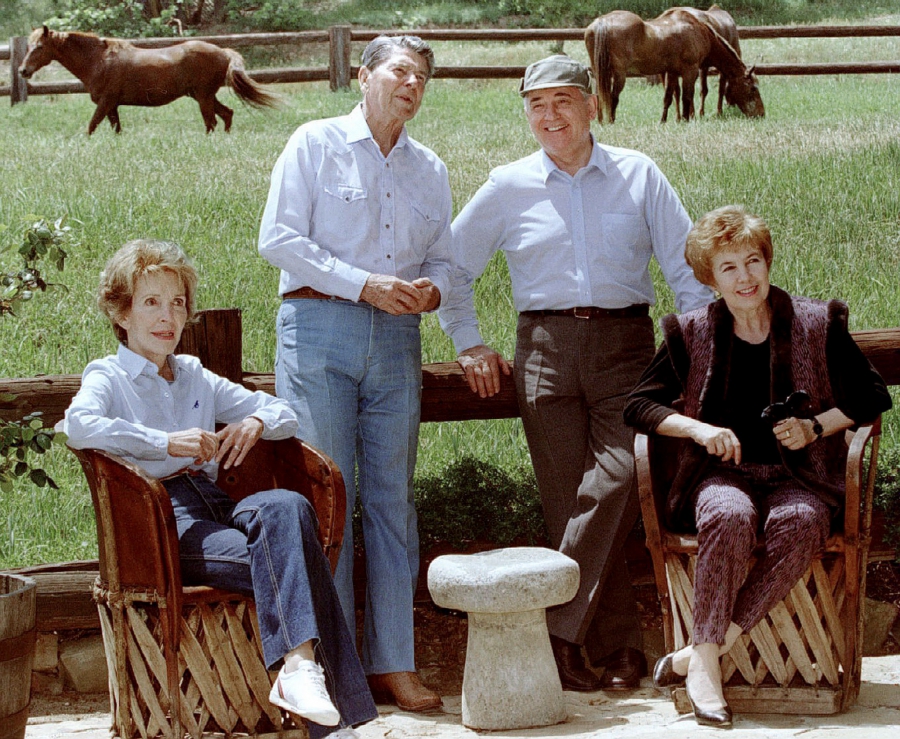 Former Soviet leader Michail Gorbachev and his wife Raisa (R) with former U.S. President Ronald Reagan and his wife Nancy, at the Reagan ranch in the Santa Ynez mountains near Santa Barbara on May 3, 1992.

Though she was an outspoken and very public first lady, Raisa Gorbachev wasn’t exactly loved and admired by her own people, according to Antonova.

“Mikhail Gorbachev was often portrayed by his critics to be this kind of subservient 'beta' male,” says Antonova, “because at the time of course it was unusual for a woman, for a wife to be as active and visible and opinionated as Raisa was, and I think people really used that against her.”

“Years after her death, people still routinely trot out this cliché of Raisa being this incredible, overbearing bossy female and Gorbachev being a wussy guy who was at her beck and call and this is why the Soviet Union collapsed. People actually say that, which is hilarious.”