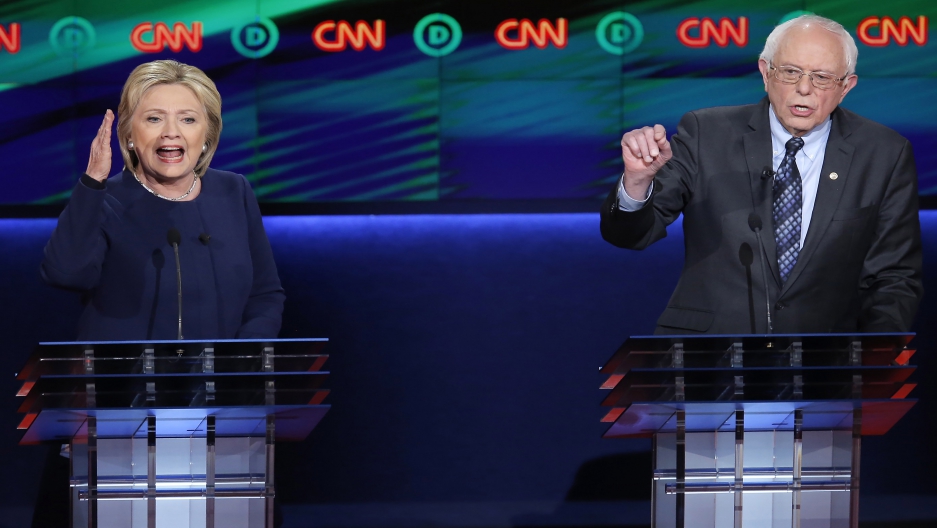 When most mothers endorse presidential candidates, their voices have limited impact. But an endorsement by the mother of Sandra Bland, a black woman who died in police custody? That holds weight.

Geneva Reed-Veal endorsed presidential candidate Hillary Clinton a few weeks ago — and she’s proud. “Hillary has been championing women and families for over a decade.”

She’s not alone: The mothers of Trayvon Martin, Jordan Davis, Dontre Hamilton, and Eric Garner are also supporting Clinton through Mothers of the Movement, a coalition they, along with Reed-Veal, formed. This may have boosted Clinton’s numbers in the South Carolina and Georgia Democratic primaries — she received more than 80 percent of black voters’ support in both states.

Garner’s daughter, Erica Garner, disagrees with her grandmother on who should become our next president. She has endorsed Bernie Sanders.

“He heard us, and I believe he’ll continue to listen,” Erica wrote in op-ed for the Washington Post. “I’m behind anyone who’s going to listen and speak up for us, and I think we need to believe in a leader like Bernie Sanders.”

The Sanders campaign didn’t respond to interview requests, and the Clinton campaign directed YES! to MSNBC, which was streaming live coverage of Mothers of the Movement from South Carolina.

These endorsements may be crucial to the candidates’ chances, as black voters will play a major role this election season. But is it appropriate for candidates to approach mourning mothers? Or is it exploitative?

What does Bland’s mother think? She's offended by the idea that she is being exploited.

“I am over 50, and I understand exploitation and what it is,” she says. “We were all offended that it’s being said that we are being exploited — because we’re not.”

Reed-Veal, is excited to work with Clinton, even if others within the movement find the candidates’ alignment with black victims insulting and disingenuous.

“For these [deaths] to be used as a campaign tool is one of the worst things that can be done. How dare you?” says Los Angeles-based Black Lives Matter organizer Melina Abdullah, who is also the chair of the Pan-African Studies department at Cal State Los Angeles.

Some activists would like to see candidates focus instead on reparations.

“Political engagement with the black community should be like a bank,” says Marissa Johnson, the co-founder of Seattle Black Lives Matter. “If the engagement is not quantifiable or monetizing, it isn’t really engagement.”

The Black Youth Project 100’s (BYP 100) proposed Agenda to Build Black Futures Campaign also mentions reparations. Charlene Carruthers, national director of BYP 100, an activist organization comprised of black millennials dedicated to creating justice and freedom for all black people, says she is more concerned about the candidates’ strategies to win black voters than whom the families of state violence endorse.

In the 1960 presidential race, John F. Kennedy successfully secured 70 percent of the black vote. Kennedy and his brother, Robert, used their political influence to get Martin Luther King Jr. released from jail, where he was being held following peaceful protests. That led to Kennedy’s endorsment by King’s father, Martin Luther King Sr.

That, in conjunction with Lyndon B. Johnson’s support of the Civil Rights Act of 1964 and the Voting Rights Act of 1965, was the beginning of what would become overwhelming black democratic allegiance for the next 50 years. In fact, according to a 2015 Pew report, almost two-thirds of blacks identify as Democrats, with most of the rest identifying as independents. Only 5 percent identify as Republicans.

The 2008 election, when Barack Obama became our first black president, was the most diverse ever, turning out 65 percent of black voters. In 2012, 66 percent showed up at the polls.

Black Americans do more than increase voter turnout. They increase winning margins, too. In 1992, former president Bill Clinton, deemed the “first black president” by novelist Toni Morrison, received 83 percent of the black vote as opposed to only 39 percent of the white vote. Four years later, he won again, receiving 84 percent of the black vote compared to 43 percent of the white vote. Although black Americans did not fare any better under his presidency—his policies, in fact, destroyed and displaced millions of black men and women via mass incarceration—his appearances at black churches and black hubs won him eight years in office and solidified a reputation that even facts can’t dispute.

“Do not judge her based off what Bill did,” she says. “This is not about Bill. This is her time to show to show her abilities, and I’m standing with her because I know she’s capable of getting the job done.”

Hillary Clinton has persuaded enough black voters so far, but Sanders still has a chance at those that remain. Over the last few months we’ve heard both candidates announce that “Black Lives Matter,” but, in the coming weeks, we can expect to see more from them to show us whether black votes matter, too.