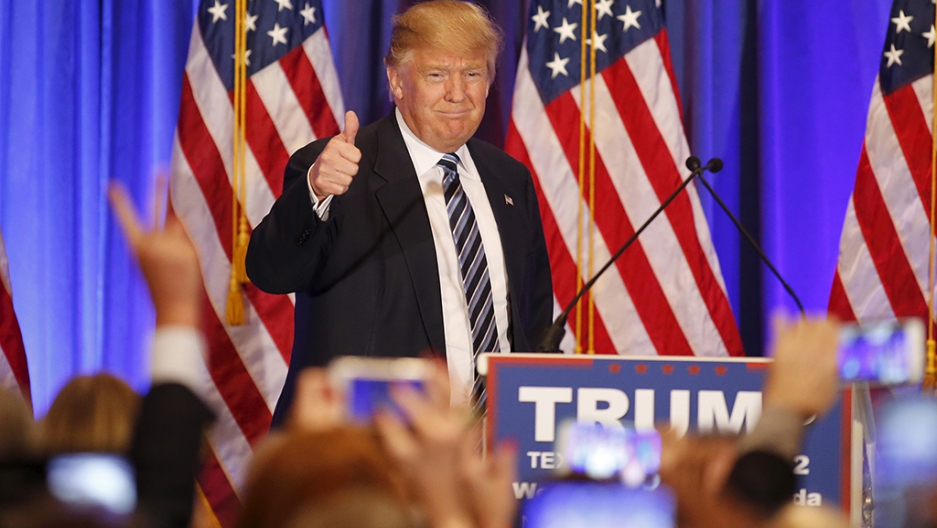 Brace yourself for the following announcement: It was a tight race but, in the end, Trump emerged victorious.

This weekend, as the US primary continues apace, Republican frontrunner and shameless self-promoter Donald Trump clinched his spot at the top of another ballot — this one on the other side of the Atlantic Ocean.

Trump was voted "Islamaphobe of the Year" in a poll held by the Islamic Human Rights Commission (IHRC), a Muslim advocacy group in the UK.

According to the IHRC's website, the Islamophobia Awards is a "satirical event that aims to raise awareness of Islamophobia while poking fun at those who have outrageously displayed their prejudice for all to see over the past year."

Donald Trump was not alone on the ballot. Dutch politician Geert Wilders was right up there with him, as was the entire nation of Tajikistan, which is in the middle of a campaign to eradicate conservative Islam.

But Trump is a winner, no matter the competition. Recall his stunning comments at a rally in South Carolina in December, when he called for a ban on all Muslims entering the US.

“It is bad enough that anyone can come out with such arrogant, unapologetic bigotry and hate speech but I think what is really frightening is that Donald Trump is supported by such a large number of voters in what is the most powerful nation in the world” IHRC’s Chairman Massoud Shadjareh told TIME.

Of course, take the awards for what they are. The IHRC is not without its critics.

Conservative media in the UK says the group is linked to Iran and supports Hezbollah, a militant group in Lebanon which is classified as a terrorist organization by the US.