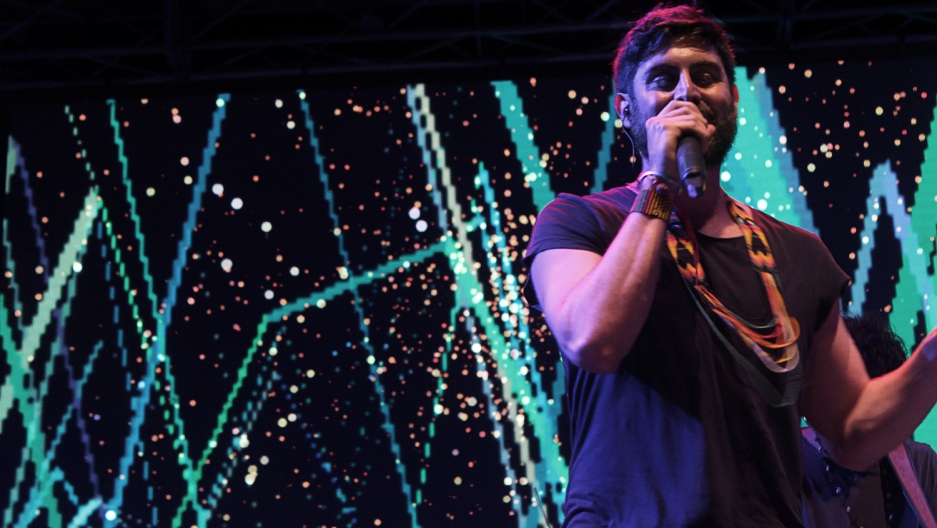 Mateo Kingman is a hip-hop artist who grew up in the Ecuadorean Amazon. But he didn’t know the depth of his connection to the jungle until he moved to the city.

When he was 5 years old, his parents moved the family to a small town deep in the Amazon. They were former leftist guerrillas who went to work with the Shuar indigenous tribe "to help them fight what’s happening there” and create a protected zone, the Condor Mountain Range.

Kingman was home-schooled, and he grew up immersed in the Shuar culture. His daily life was connected to this environment: “Get up, go gather fruits with my brother. In the afternoon, go play in the river with friends, walking and hiking on the Amazon trails.”

Living surrounded by nature led him to athletics, which later led him to music.

Kingman was a runner. He became an accomplished athlete and joined Ecuador’s national track and field team, competing in the Pan-American Games' 110-meter hurdles.

His athletic training came in handy one day when he found himself in an isolated Shuar village in the middle of the jungle. And had to make his way home. Alone. On a trail he didn’t know.

Kingman says he got really lost. He took some turns he should not have taken.

He recounts the experience in the song “Sendero del Monte” or “Jungle Trail.” It’s about how the trails can be beautiful but at the same time scary, magical yet unpredictable.

At that point, running still meant more to him than music. But four years ago, Kingman was competing in the track finals to represent Ecuador in the 2012 Olympics when he encountered a challenger he’d never seen before.

“This guy had an incredible body, he was a giant, I couldn’t believe it, I’d never seen him before. Nobody had beat me in four years in Ecuador.”

He says his music helped him deal with the disappointment. He says music is one way to let go, it’s the mechanism to release all the bad stuff that happens in life.

Kingman was dealing with other changes. He and his family left the Amazon for the capital Quito, and he was in culture shock.

He says it took him a while to get used to the rhythm of the city, the people and the climate. But again, music helped him find the way.

“I think music can take you through any river," he says. "Like a canoe. It doesn’t matter which river, it just takes you along.”

Hear more of Mateo Kingman’s music on his SoundCloud.

This story aired on PRI’s The World and was originally posted at PRI.org.