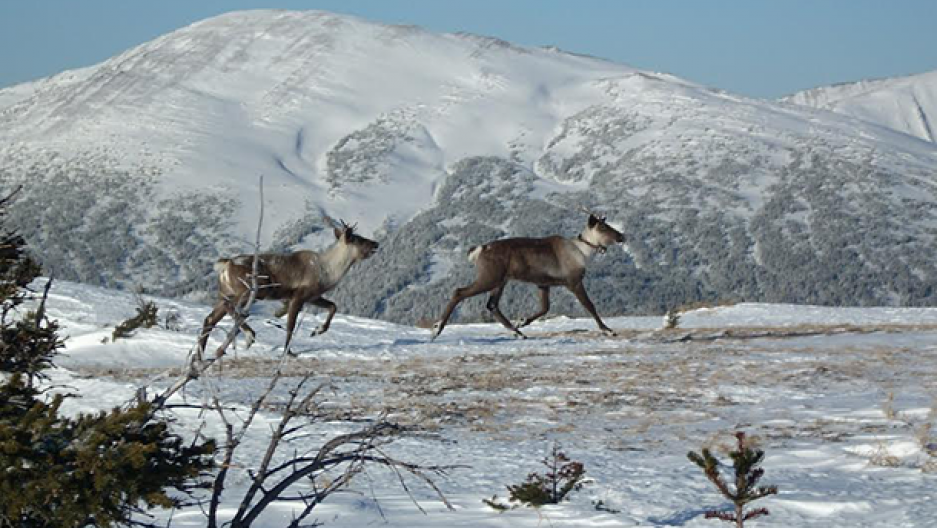 Caribou on the run across a winter landscape in British Columbia

Forest caribou populations in British Columbia are struggling, and in an effort to keep them from disappearing the government is going after its primary predator — wolves.

It's a controversial move, but caribou conservation expert Chris Johnson from Northern British Columbia University says there are few options to help caribou populations pushed to the edge of extinction.

“The data suggests there's a fairly high mortality rate for adults [and] for young, newborn caribou. So the simplest and probably the most effective lever in trying to increase caribou populations is to reduce mortality, and the primary source of mortality is wolves," Johnson explains.

But environmental groups are challenging the government in court, arguing that the science does not justify killing healthy wolves. But Johnson says caribou across Canada are a species at risk — a formal definition that recognizes their need for legal conservation protections.

In the part of British Columbia where the wolf cull is happening, caribou are currently listed as a threatened species. Recently, Canada’s federal minister of environment received a recommendation to change the caribou’s status to endangered.

In the central portion of BC, only about 270 of one evolutionarily distinct group of caribou remain, with perhaps another 100 to 150 in Alberta, Johnson notes — less than 500 animals spread over a very large area.

There isn’t a direct relationship between wolf numbers and caribou numbers, Johnson admits, but in the course of hunting moose and deer, wolves also kill caribou.

“The caribou are incidental kills,” Johnson says. “Wolves don't necessarily go looking for caribou during most of the year, but if they happen to come across a caribou they’re certainly going to hunt them. It’s a very natural response for a wolf.”

But caribou are struggling from other environmental pressures that need to be addressed, says Johnson.

“There are definitely issues with woodland caribou around the impacts of industrial development,” he explains. “Forestry is a big player in British Columbia, and in the central eastern part of the province, where we have only around 270 caribou, there’s also fairly extensive oil and gas development and coal mining, as well.”

Johnson understands why conservation groups oppose the wolf cull. All across Canada, people are discussing the ethics of controlling or killing one species to potentially save another, he says. “Some people feel that as conservation biologists, we should have a sort of ‘do no harm” principle’ — that even if we’ve got an imperiled species like woodland caribou it doesn't justify killing wolves."

Others object to the cull on the grounds that the government isn’t upholding its end of a multipart deal: when the government was looking for support for the wolf cull, they pitched the idea of aggressive habitat conservation and potentially even restoration, Johnson says. So far, that hasn’t materialized.

Despite these objections, Johnson believes the situation requires a multi-pronged approach.

“I think we need to look at the levels of industrial developments that are happening in some of these caribou ranges and ask ourselves, ‘Do we want to conserve caribou and what are we willing to spend to do that?’” he says. “And that's going to result in maybe less natural gas exploration and development, maybe fewer coal mines, maybe fewer [logging] ‘cut blocks.’”

But in the short term, predator removal and predator control remain a valid option, he contends. “The data support this. This will at least keep caribou around. And although no one would argue that this is a long-term strategy — it’s very expensive and it’s not palatable to the majority of the public — it does have some short-term wins relative to maintaining caribou on these landscapes.”