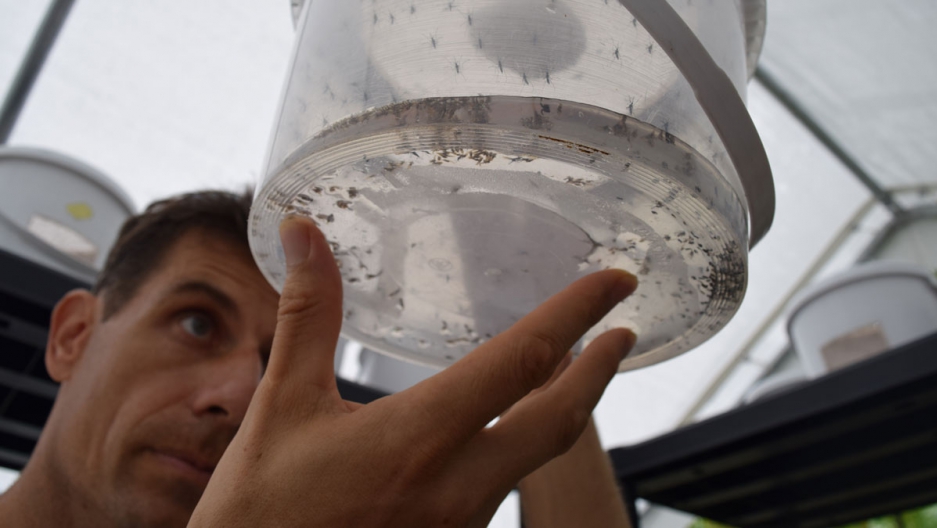 Looking at male mosquitos in Tetiaroa.

Editor’s note: We asked science journalist Karen Weintraub, who has written extensively about the Zika virus, some questions we’ve been hearing from readers.

Q: I’ve got tickets to travel to South America or the Caribbean, but I’m worried about Zika. Should I go? Is it safe to bring my kids?

A: If you’re pregnant or planning to get pregnant, it’s a better idea to stay in the continental US — and remember that spring is almost here. For everyone else, the risk of suffering severe consequences from a Zika infection are low, but not zero.

Q: What are Zika’s symptoms?

Most Zika infections are so mild that victims don’t even notice. Others face a few days of extreme itchiness, bloodshot eyes, fever and malaise. For more than 50 years, Zika had been seen as harmless, because those were its worst symptoms. Now, there are fears of birth defects, and it’s clear that the infection can also trigger Guillain-Barré Syndrome. There are no treatments for Zika or vaccines to prevent it.

See more of our Zika coverage

Our Across Women's Lives team went to Brazil and met the people at the center of the Zika crisis. Read, watch and hear their stories.
Her Planet

Q: What is Guillain-Barré Syndrome and what are the risks?

Guillain-Barré (pronounced gee-own bah-ray), an auto-immune overreaction known to occur after other infections such as food poisoning and the flu, causes paralysis that is usually temporary. In about 20 percent of cases, it can trigger more significant problems, including death when paralysis affects the lungs or heart. It’s still unclear whether Zika triggers the syndrome more often than other causes. But in French Polynesia, 42 people came down with Guillain-Barré during a four-month Zika outbreak in 2013-2014, compared to the usual handful a year. None of the Polynesians died, but 11 spent months in a rehabilitation center and still have lingering weakness and other problems. Those 42 were in the prime of their lives, most ages 30-60, and previously healthy. There’s no way to protect yourself against Guillain-Barré except not getting sick in the first place.

Q: How can I avoid getting Zika? Should I buy mosquito netting? Bug spray?

The mosquito that has spread Zika around the world is called Aedes Aegypti. It’s a daytime-biting mosquito (so bednets won’t help) that favors dark corners in indoor, un-airconditioned spaces. Most fancy resorts will spray to keep down mosquito populations, and offer air conditioning, so you’re less likely to be exposed if you stick to the beach and resorts. Long sleeves, pants and socks also cut down on the risk of bites, as does bug spray. Other recommendations from the US Centers for Disease Control and Prevention are here.