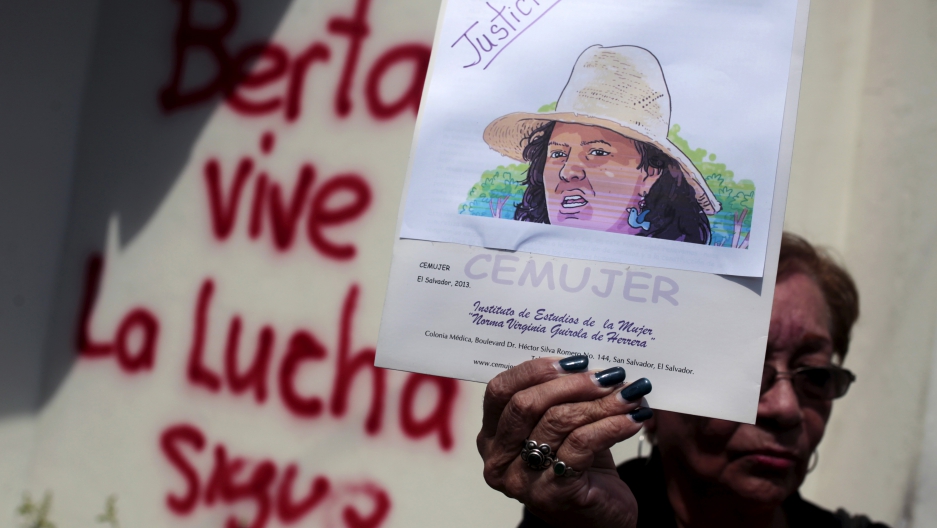 She loved the Gualcarque River and led a movement that stalled a hydroelectric dam on it in Honduras.

On Thursday, Berta Cáceres, a 44-year-old mother of four and one of the Central American nation’s most prominent environmental defenders, was murdered in her home in western Honduras. The slaying followed years of death threats in the human rights group Global Witness calls the most dangerous nation in the world for environmental activists.

Local police say the killing occurred during an attempted robbery, but her family and supporters call her death by two armed men an “assassination.”

The United Nations special rapporteur on the rights of indigenous peoples, Victoria Tauli-Corpuz, said today that "it is highly probable that her assassination is linked with her work in protecting the human rights of the Lenca indigenous peoples to their lands and territories."

Since 2009, Cáceres had been given special protection by the Inter-American Commission on Human Rights because of the death threats. In 2013, Cáceres led a yearlong protest of the Agua Zarca hydroelectric dam on the Gualcarque River that scared off foreign investment and stalled the project.

“The Gualcarque River is very important, it is a sacred river for the Lenca people,” Cáceres told journalist Jenni Monet in January.

Monet conducted one of the last interviews with Cáceres before her death.

“In a word, Berta was amazing,” Monet says. “She had a loyal circle of followers, and people who just believed in the kind of indigenous nation-building that she was doing.”

Monet says Cáceres was very aware of the danger she was in while fighting to protect indigenous lands, but the 44-year-old mother of four continued her activism.

“Much of the strength that my mother has to do this work comes from my grandmother,” Caceres’s daughter, Bertita Cáceres, said in January.

“[My grandmother] was a social activist in the 80s during the time of the dictatorships,” Bertita Cáceres said, “and so she very well understands the risks that my mother faces and would never think my mom should not do what she does because of fear.”

According to the AP, the US ambassador to Honduras on Friday called on the country to "quickly and comprehensively" clarify the circumstances surrounding Cáceres’ murder.

"We call for a rapid and thorough investigation so that the weight of the law will be applied to those responsible,” said ambassador James Nealon.

Since 2010, more than 100 environmental activists have been killed in Honduras. Global Witness, the human rights group, says an average of two people are killed every week defending their land, forests and waterways against agriculture, logging or energy projects.