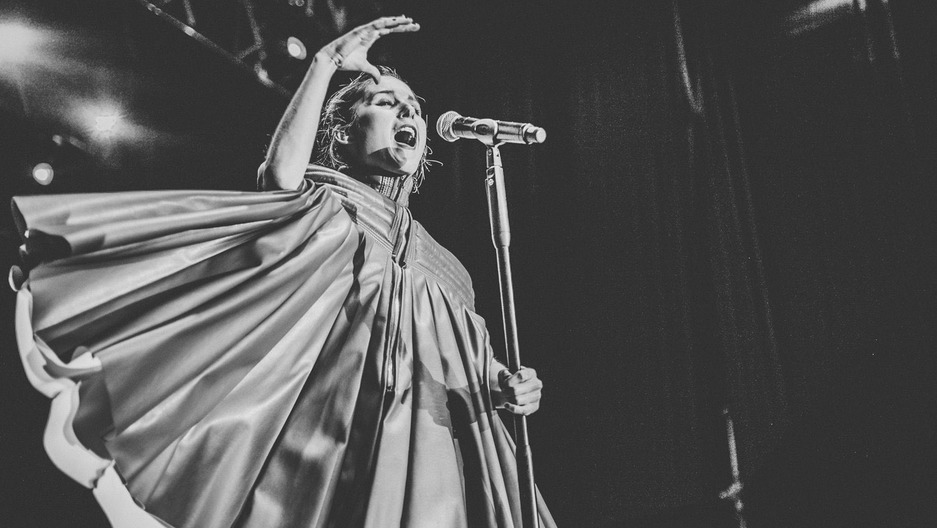 At this year's Viña del Mar festival, in Chile last month, the festival queen took a dive into a pool, covered only in rose petals, surrounded by fans and photographers.

Singer Francisca Valenzuela performed at Viña this year too — just a week before her own, more revolutionary festival was set to start.

Valenzuela is the driving force behind Ruidosa, a day-long, all-female musical event that will promote diversity in the music industry in Chile. In a country where women often appear as props to male performers, or as beautiful hosts in sparkling evening gowns — like at Viña, one of Latin America's largest cultural events — the timing couldn't be better. 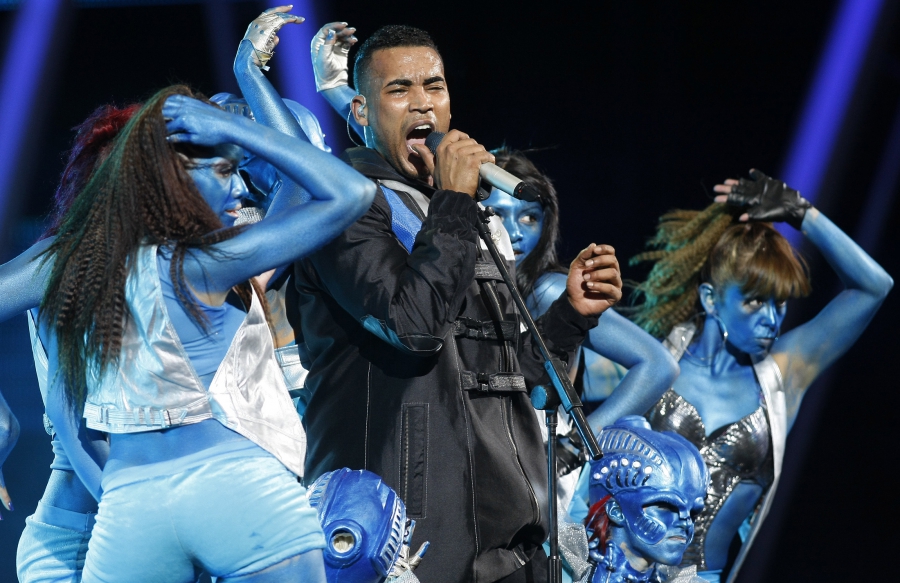 "Chile and Latin America is a region that is very, very patriarchal, and, you know, very traditional," Valenzuela says.

"It's a totally different idea of women," Valenzuela says. "That's exactly the point, because I do think that it's a pressure that's exerted on women all over the globe ... even on TV. In Latin America in general it's the same kind of prototype of women, and in music."

Data: How Chile stacks up on women's rights

Her Ruidosa (the female form of "noisy") festival aims to break away from that prototype in the music industry. All day on Saturday, female performers will take a stage near downtown Santiago, and female music industry professionals will sit on panels about how to help women advance in the field.

"You tend to see a pattern in the kinds of people that hold those microphones," Valenzuela says. "Even in the extramusical, like whether it's booking agents or managers or festivals."

Valenzuela says in meetings with labels in the Latin American market, she's had to make a case for women whose image deviates from the traditional.

"I'd be like, 'Well, you look at the Anglo market and you [not only] have Lily Allen but Adele, [and] you have Florence and the Machine and then you have Crystal Castles,'" she says. "Whether or not they're all beautiful, ugly, fat or thin, or whatever, you have a diversity ... of women that have commercial successes, that look different and sound different and are extraordinary."

Valenzuela lived in the US until she was 11, then moved to Chile. Now 27, she splits her time between Los Angeles and Santiago. She studied classical piano and journalism, but she speaks about equality in the vernacular of someone with a degree in gender studies.

She says that comes from a general interest in the matter, which makes her part of a burgeoning wave of feminism in Latin America. Restrictive laws across the region and heightened violence against women are eliciting movements to dethrone the patriarchal culture that is pervasive.

"The icon of the submissive, quiet, sexualized, desirable woman has yet to be removed," Valenzuela says.

She hopes Ruidosa will be successful enough to expand to other countries, but for the time being she thinks an all-female festival is especially important in Chile.

The country has a female president, Michelle Bachelet, whom Valenzuela calls progressive, but the country's treatment of women is still criticized.

Chile ranks low among other Latin American countries when it comes to abortion rights and domestic violence laws. The pushback to this is reflected in Ruidosa's lineup, which includes rapper Santa Carnivora (Holy Carnivore), whose new song is called "Vagina Dentada," or "Toothed Vagina."

"But there's still a whole bunch to do," she says. "In terms of, like, a feminist movement, I think just now it's becoming a mainstream conversation."