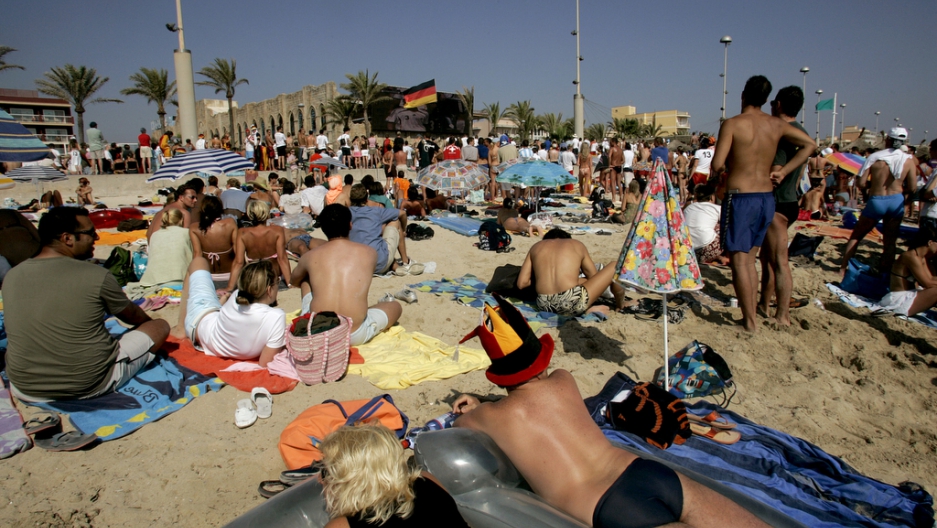 German tourists on holiday in Mallorca watch the World Cup 2006 quarter-final soccer match between Germany and Argentina on a TV screen at the Arenal's beach.
Credit: Dani Cardona
Share

As the European Union tightens restrictions on migrants wanting to enter the region, European travelers are enjoying the freest movement in the world.

The power of European passports is on display in a newly published index ranking 199 countries according to the number of places their citizens can visit without filling out a visa application form.

Germany topped the list with visa-free access to 177 out of 218 countries, according to the global residence and citizenship planning consultancy Henley & Partners' Visa Restrictions Index. German Chancellor Angela Merkel's administration drew praise for opening its doors to more than a million refugees and migrants in 2015 but has since moved to reduce the influx of people crossing its borders.

Sweden, which is also toughening its stance on migration by introducing identification checks for travelers from Denmark this year, was a close second with the freedom to enter 176 countries without a visa.

The United States was in fourth position along with Belgium, Denmark and the Netherlands, with visa-free access to 174 countries.

Hungary, which has built razor-wire fences along its borders with Serbia and Croatia to keep migrants out and is now considering installing one along the Romanian border, too, ranked 10th with Iceland and the Czech Republic.

While migrants might feel the barriers to entering many countries are increasing, Henley & Partners said the opposite was true.

“Generally, there was significant movement across the board with only 21 of the 199 countries listed remaining in the same rank,” it said. “No country however, dropped more than three positions, indicating that overall, visa-free access is improving around the world. Four countries in particular made huge gains; Tonga rising 16 spots, Palau by 20, Colombia by 25 and Timor Leste, a Southeast Asian nation, being the highest climber with an increase of 33 ranks.”

The “worst passports in the world,” which offer their holders the least freedom of travel, belong to Syria, Somalia, Iraq, Pakistan and Afghanistan.

It’s perhaps no coincidence that many of the migrants trying to enter Europe are from four of those countries — Syria, Iraq, Pakistan and Afghanistan.