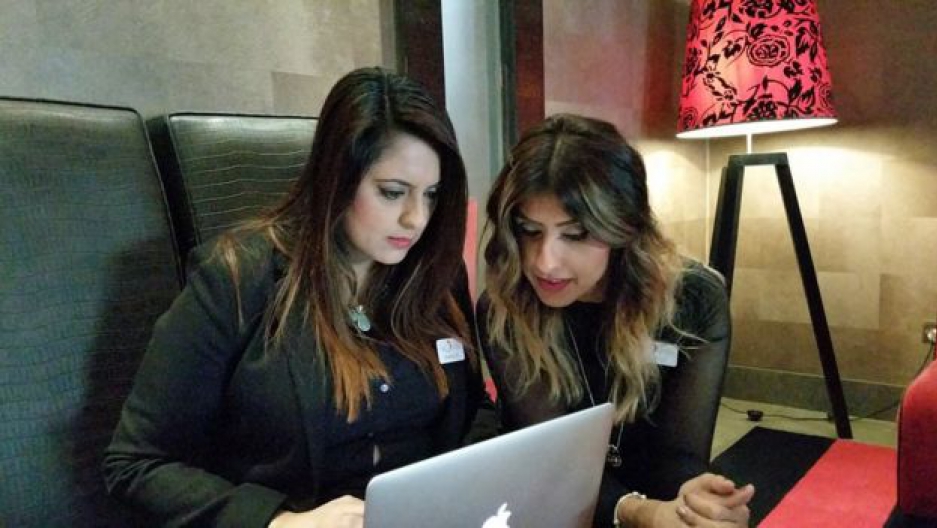 Three teams in a bar. Female friends happily taking selfies. A husband and wife with a friend. A man sitting alone, having a quiet drink.

All are private investigators on a surveillance operation in the British Midlands.

The target is a man in his 20s. The client is one of a growing number of British Asians who are hiring private detectives to carry out pre-marital checks on potential partners.

With many Asian weddings costing about $70,000, parents, brides and grooms are reluctant to take risks with people they do not know well, even though they may on paper be a good match.

It means there is a growing market for private investigators, and some Asian matrimonial companies are also offering bespoke deals where background and asset checks come as standard when you sign up to meet the man or woman of your dreams.

Laila, not her real name, is in her early 30s. Her uncle introduced her to a potential husband, whom she is yet to meet. She wants asset checks carried out before she agrees to a meeting.

"If I'm going to be settling down with someone, I would like to know 100 percent about them. He says he has a business and a couple of houses in his own name so to me he sounds quite financially stable, but that isn't something I can sit back and think, I can rely on this person for the rest of my life just based on his words. I don't want to be the person who is taken for a fool."

Hiring investigators prior to marriage started in India, but the option has been available in the UK for a number of years. Some companies specialize in what they call pre-marital services or arranged marriage checks.

At its simplest, that involves checking someone works where they say they work, whether they have the right to live in the UK, as well as asset checks and whether they've been involved in any criminal proceedings. But surveillance and even "honeytrapping" have also become a big part of pre-marital investigations.

All of the employees at Lion Investigation Services, many of whom are former police officers, do a lot of undercover work, so they use fake names in public. "Raj Singh" set up the company after leaving the police. "There are some real horror stories out there of people that do lie and do go into these relationships for malicious purposes."

Singh estimates 70 percent of his clients are Asian and he's seen demand for matrimonial services double since 2013. He and his team have carried out hundreds of background checks and surveillance operations in that time.

A client — Sukhi (not her real name) — wanted surveillance on her future brother-in-law. Her sister had agreed to an arranged marriage. "The biggest thing I'm worried about is infidelity. Even though the age as a number is right, the maturity in his head is not."

"If he still wants to have fun, I don't want him to just marry my sister to show the community that he got married — to bring a daughter-in-law for his mum, which is what a lot of boys do. We're a very traditional family, we're a religious family."

It was decided that surveillance would take place during a weekend in the midlands.

On the first night of surveillance, a team was in place outside the home of the subject for several hours. The aim is the man, not the house. If he leaves, the investigators follow, ready to put their plan to get evidence into action.

In this case it involves honeytrapping. Singh knows it's controversial, but says it's necessary. "There are various degrees of honeytrapping, from non-intimate through to intimate, depending on what the client wants. It's more integrity testing ... putting temptation in front of them and seeing what they do."

"This client advised they don't want an intimate honeytrap and this is just going to see how they react to a female in a certain environment."

It's a very dark road at night. The houses are large, and the road is busy with cars. No one would notice vehicles parked.

On the second day of surveillance the subject leaves his home with friends. Three teams of investigators follow, with various cars taking the lead, all the while staying at a safe distance.

The subject arrives at a packed bar, and the investigators split into three teams. The first is a group of women, the second a man alone, and finally two male investigators.

The women establish contact with the subject fairly quickly and start talking. They buy a round of drinks. Other investigators watch from a safe distance, and communicate with each other via messaging apps, assessing the evidence.

"We've got photographs of him drinking, photographs of him having a cigarette also, which is part of our objective," says Singh. But then the subject makes a beeline for "Yaz", one of the female investigators, and within 30 minutes or so, they have swapped numbers.

This is the honeytrap. Yaz can keep the conversation going in the days or weeks to come.

There is an "operational debrief" in a deserted parking lot at a hotel miles from the surveillance location. Yaz says the subject never mentioned he was about to have an arranged marriage. "He said that they were moving on to another bar after. I think we can establish he was definitely interested."

In the following days, the subject contacts the female investigator. After some flirtatious messages between them, he sends intimate and graphic pictures of himself to Yaz. Communication between them stops soon after.

The client, Sukhi, was given the evidence file containing all the messages and photographs. "It's really hard to explain to my sister why I've done what I've done. I never thought things would pan out as they have, because gossip is gossip, but it's not one of those things you can chance when it comes down to the people you love."

Sukhi's sister called off the wedding. Her family was devastated.

Saranjit Kandola is the managing director of AskBhabi.co.uk — a matchmaking service for Sikhs. Background checks come standard in some of her dating packages and it's something she says many clients want.

She says many people have become more distrustful, "They've had issues previously with partners ... they want to eliminate those issues straight away. They want to meet somebody that they know everything about before they've met them."

There will be many who regard the process of honeytrapping as dubious, but it seems the demand for this kind of testing will continue.

This story was published by our partners at BBC Magazine.