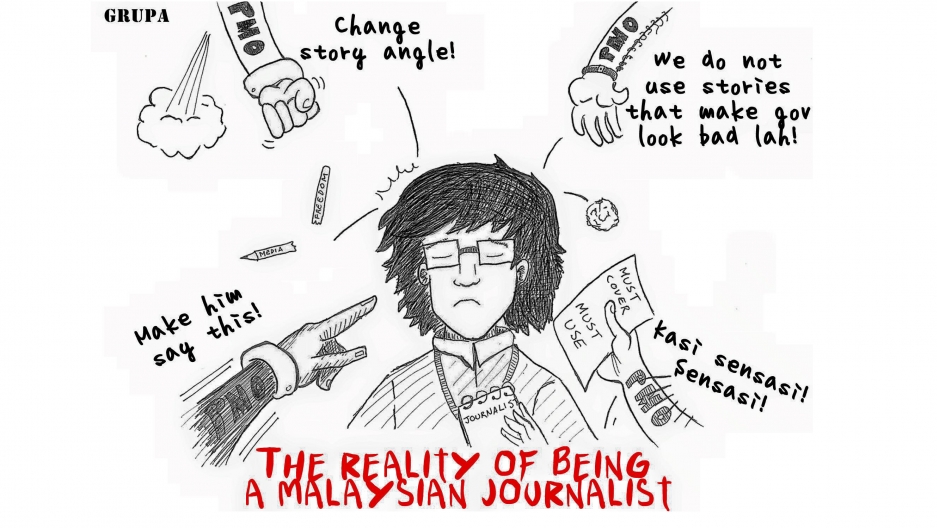 GRUPA makes comics about the state of press freedom in Malaysia.

Kuang Keng Kuek Ser says it's "almost unthinkable" that the type of journalism done by the Boston Globe and memorialized in "Spotlight," uncovering sexual abuse in the Catholic Church with links to government corruption, could happen in Malaysia.

"We are too busy being persecuted and censored to care about investigative journalism," Keng says.

Keng is a data journalist with PRI, a former Google Journalism fellow. He's based in Malaysia, where he spent eight years as an investigative journalist at Malaysiakini, the country's longest-running independent news outlet.

He says in Malaysia, all newspapers, TV and radio channels are owned or controlled by the government, and they need a government-issued license to broadcast or print the news.

Online news outlets can be independent because the government doesn't require them to have licenses. But Keng says this is a rarity, and Malaysiakini lacks the resources to send a team on a months-long investigation. 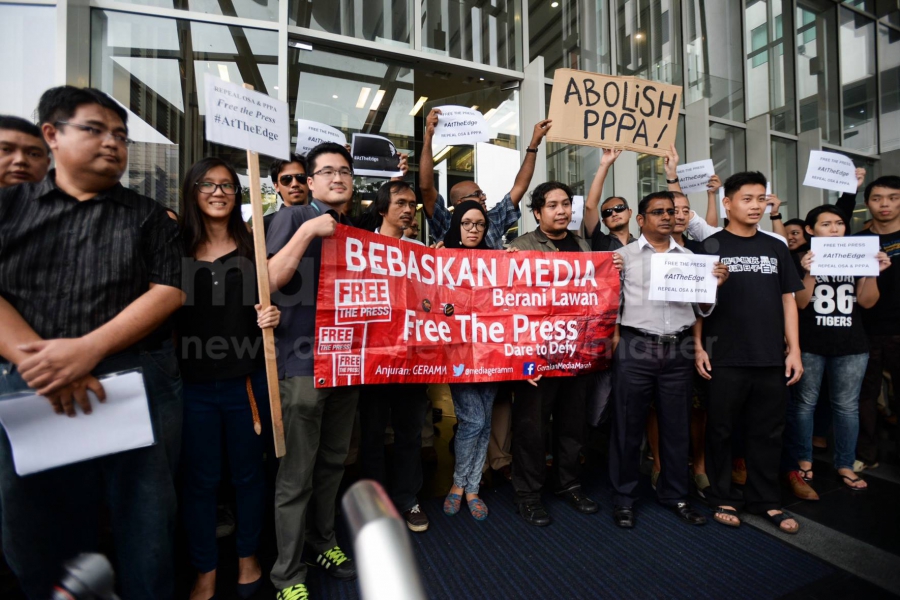 Malaysian journalists held a rally on Jul 31, 2015 to protest against the suspension of The Edge Weekly and The Edge Financial Daily. The two publications were suspended by the government for their reporting of a massive corruption scandal that implicates Prime Minister Najib Razak.

"The culture of transparency and open data is in total absence," he says. "Instead, we have an Official Secret Act that provides a mandatory jail [sentence] for anyone convicted of possessing official secrets, which could be any document classified by the government."

Malaysiakini is being sued by the government over comments left on its site, and it's only one of several outlets being censored.

Editor-in-chief and founder Steven Gan says, over the past 16 years, his newsroom has twice been raided by police, its journalists have been arrested and the website has faced cyber-attacks.

"That Malaysiakini has survived thus far is partly due to the support of our subscribers," Gan says, "who pay $50 a year to access the website. Without our paywall, we would not be financially independent to continue to report without fear or favour."

And, of course, Malaysia is not alone.

A report from the Committee to Protect Journalists named China and Egypt the  world's "worst jailers of journalists" in 2015. The CPJ found that although Egypt is second to China on that measure, it's the country where conditions for journalists have decreased most quickly.

And its not just arrest that journalists face. As of March 1, 2016, CPJ has recorded eight journalists who have been killed this year: three in Yemen, two in Iraq, one in Guinea, one in Syria and another in Mexico.

Reporting conditions in Mexico have made headlines throughout the past year. Journalists who report on corruption and the drug trade are killed, threatened or attacked, often with impunity.

Back in Malaysia, The Wall Street Journal and some international outlets have been covering corruption and the government's crackdowns on news organizations and even publishing platforms such as Medium.

"In February, Malaysia's attorney general said that the government is mulling to amend the law to include life imprisonment for those who leak state secrets and journalists who report them," Keng says.

That change would come on the heels of a WSJ report implicating Prime Minister Najib Razak in a $700 million corruption scandal.

Keng says, "What frustrated me the most was the culture of impunity despite clear evidence of wrongdoing."

He investigated vote buying for Malaysiakini. After recording a video of campaigners paying voters, officials argued the money was "transportation allowance" and there were no repercussions.

"Such things happened all the time in this country. If you know that whatever wrongdoing you expose most likely would not be acted upon, would you still spend your time and effort pursuing such stories?"

But Gan is committed regardless. He says Malaysiakini's success — it's the most-visited news site in the country — speaks to government-controlled media's lack of credibility, and the public's hunger for independent news.

"As journalists, we are duty-bound to tell truth to power and hold power to account," Gan says. "Despite the harsh media climate in Malaysia, it will not stop us from doing our job."