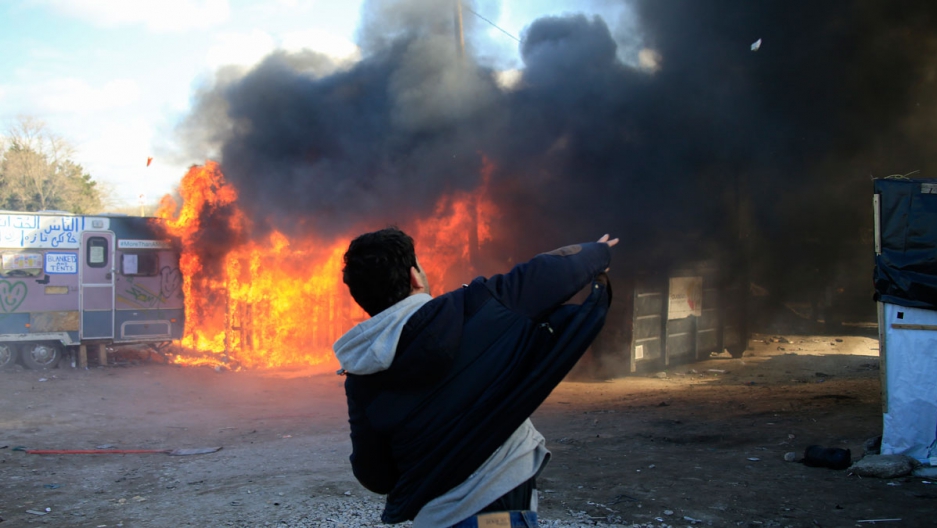 A youth throws a stone in protest as smoke and flames rise from a burning makeshift shelter while the camp for migrants called the "Jungle," in Calais, is dismantled.

French riot police used water cannon and tear gas on Monday at a large migrant camp known as the Jungle, where a partial demolition is underway.

The relocation and demolition began in the southern sector, where the BBC reports the living conditions are often desperate.

Following a court order last week, the French authorities are attempting to rehouse residents in heated shipping containers as an alternative to sleeping in the open. Some residents are reluctant to move, fearing that their movements will be closely supervised and restricted in the new accommodation. The camp is a big draw for migrants because of the nearby road leading to a ferry terminal where migrants try to make their way to the UK.

Over the last two years, the camp has grown rapidly and become a symbol of Europe's ongoing migrant crisis. 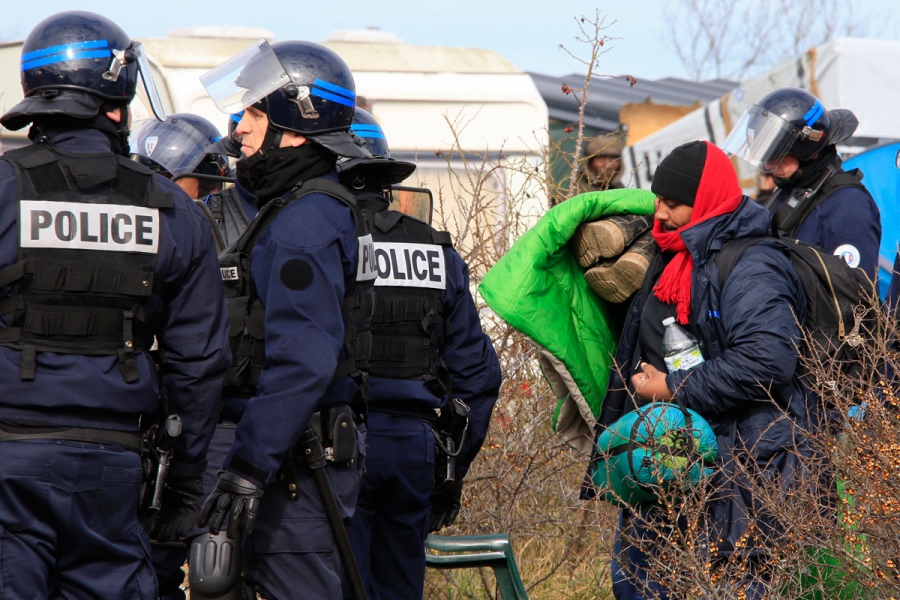 A migrant carries his belongings as French riot police secure the area during the partial dismantlement of the Jungle. 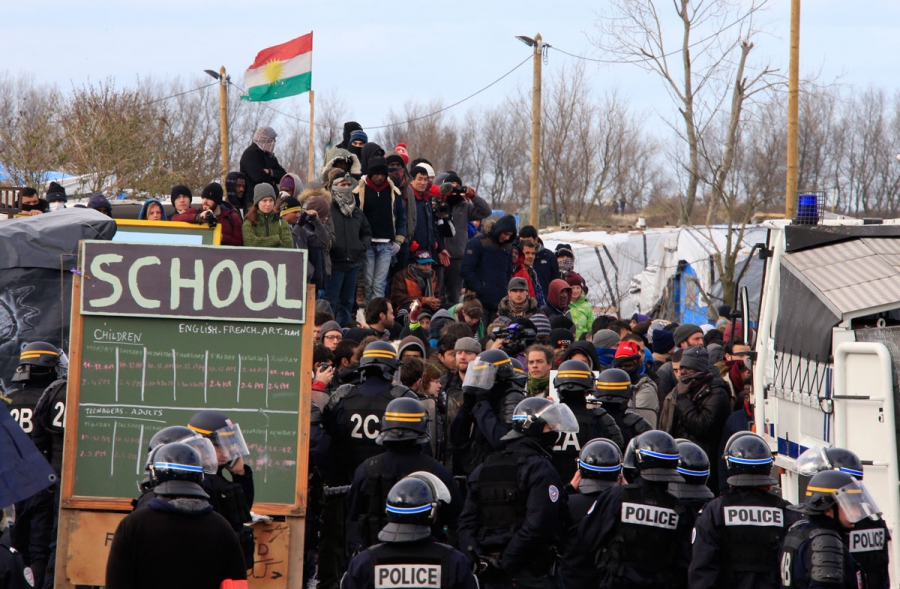 French riot police face off with migrants and their supporters outside a makeshift school. 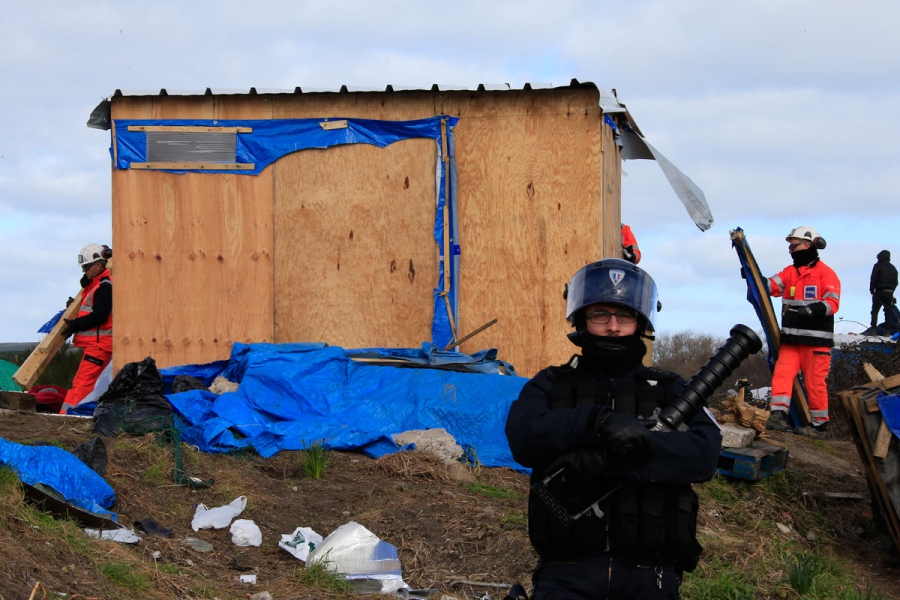 A French riot policeman secures the area as workmen tear down a makeshift shelter. 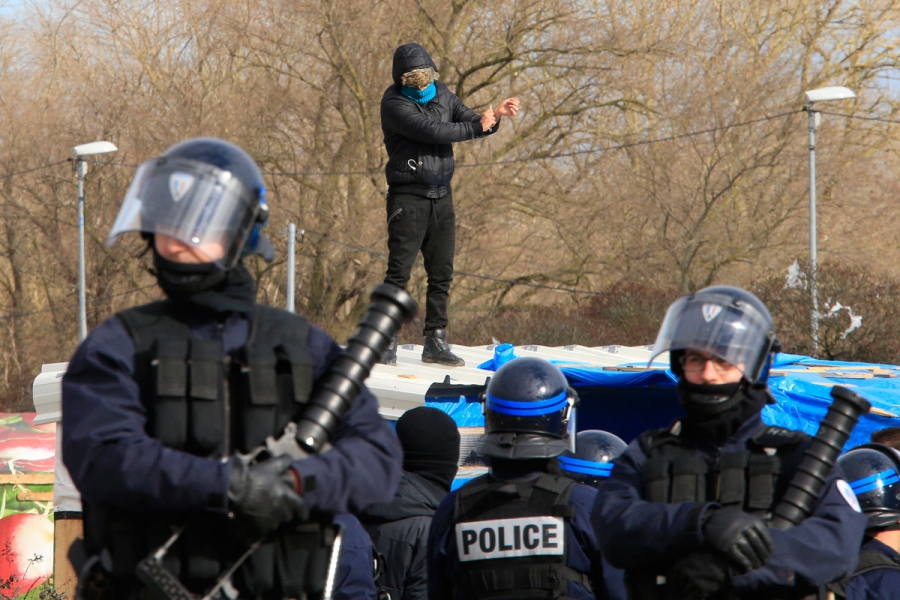 French riot police secure the area as a migrant holds a knife to his wrist as a threat.