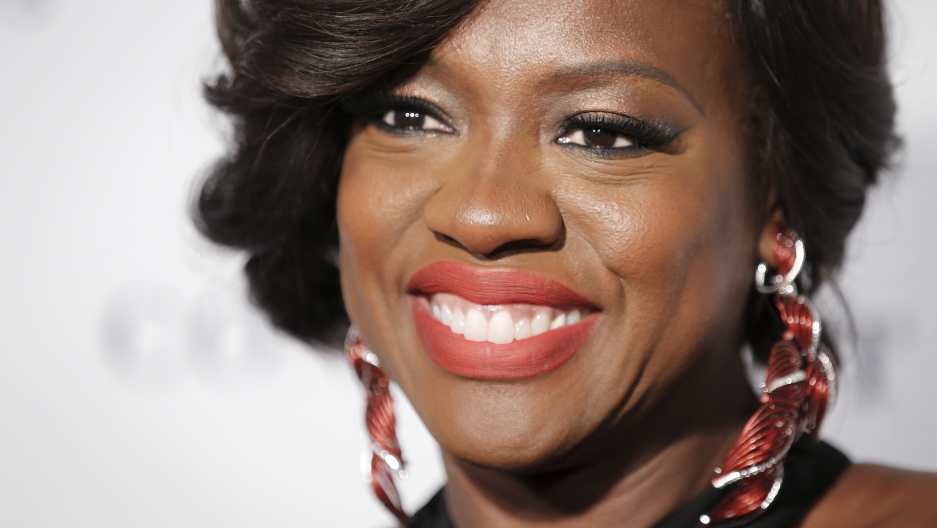 Actress Viola Davis arrives for the "Glamour Women of the Year Awards" in the Manhattan.

Actress Viola Davis is actually looking forward to the Oscars this weekend, even though she's been an outspoken critic of the event's lack of diversity.

The Conversation is happening. The country is waking up. And the entertainment industry is going to have to listen.

"If more people of color are out there, imagined in new roles and more movies with people of color, I think it's going to be hard for them not to check the box next to those names," she says. "I really think change is coming, because there's chirping in everyone's ears."

Davis says you can't only blame Hollywood for their lack of diversity. Instead, she blames it on the limitations of the human mind.

Would you go to see a movie where Lupita Nyong'o is rolling around in bed with Leonardo DiCaprio, Davis asks. If you would rather see Jennifer Lawrence in that role, you're part of the problem, she says.

Davis grew up in Central Falls, Rhode Island by way of St. Matthews, South Carolina. She was born into a family with five siblings, and as a child, Davis says she often was just looking for a meal or a bar of soap. She has far exceeded those desires and achieved measures of success.

Viola Davis is a star.

She's won Tony Awards and has been nominated for an Oscar — twice. In 2015, she became the first African-American woman to win an Emmy for lead actress in a drama series for her role as Annalise Keating on ABC's "How to Get Away with Murder." You may remember that she made the most of her acceptance speech that year.

"The only thing that separates women of color from anyone else is opportunity," Davis told the audience.

In life there are few universal truths, except this one: Just because everything is going right for you, doesn't mean it's going right for everyone else in the world. That fact has pushed Davis into charity work with the The Vaseline Healing Project, which provides skin care and medical supplies to people living on the frontlines of poverty and disaster.

“We all want to be successful — that's the goal in life — and then you reach it and there is a disillusionment that comes," Davis says. "There's not one celebrity that I know who does not have that. I think people would be surprised by the lack of fulfillment that it brings you. Because I think the last step that we forget is significance, and that's something thats much greater. That is, when I pass, what do I want to leave behind?”

What Viola Davis has already left in her wake: A will to push the Hollywood and the country to see the value in providing opportunity to women and minorities.

This story was first published as an interview on PRI's The Takeaway, a public radio program that invites you to be part of the American conversation. PRI's The World's Kierran Petersen contributed to this report.