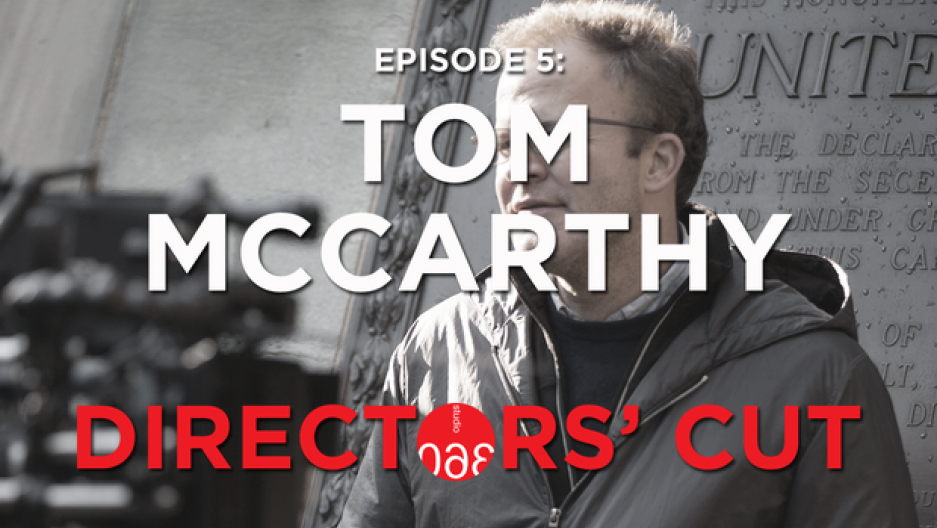 The director of "Spotlight," one of five films up for best movie at Sunday's 88th Academy Awards, hopes his work will spur towns and regions to increase their efforts to sniff out corruption in their midst.

We spoke with Tom McCarthy about what it was like to bring something like a newspaper's investigative journalism, which isn’t often sexy or glamorous, to the big screen. (We've already spoken with Oscar-nominated directors Alejandro González Iñárrituof "The Revenant,” Adam McKayr of "The Big Short" and George Miller of "Mad Max: Fury Road.")

Investigative journalism is lots and lots of phone calls to strangers — and to people who don't want to talk to you. It's reading endless boring documents. It's working on stories that don't pan out, or even when they do, often go unnoticed. Which makes “Spotlight,” about the Boston Globe’s investigation into Roman Catholic clergy sex abuse, all the more distinctive.

“That was one of the gambles of this movie,” McCarthy says, “We completely committed to the craft of journalism in some ways: warts and all, and boring and tedium. ... We’re probably even guilty of geeking out a little bit on all the little details of the work that they do and, you know, I think when you see the film and you kind of get hooked on that — which the audience seems to be doing - you appreciate that much more of their work and their efforts.”

“Spotlight” tells the story of the discovery by a team of investigative reporters at the Boston Globe of pervasive sexual abuse of children by Roman Catholic priests in Boston, the church’s attempt to cover up that scandal, and the eventual realization that this story went way beyond Boston.

McCarthy and his team did a lot of research to prepare the script for the film. They spent hundreds of hours interviewing reporters, publishers, lawyers, PR people, educators, and survivors of abuse. McCarthy also spoke with Marty Baron, who was editor at The Boston Globe during the investigation in 2001.

“The first thing that sort of grabbed my attention,” McCarthy says, “[was] Marty Baron arriving at the Boston Globe, the first outside editor to take over the reins of the paper, and Jewish to boot. And, you know, arriving in arguably one of the most Catholic and Irish of American cities and day one asking some very simple but profound questions about the Catholic Church's alleged complicity in this priest abuse scandal that had been occurring throughout the country.”

As Baron tells the story, he accepted his job at the Globe without much knowledge of the paper. He began reading copies of the newspaper, and came across a story by columnist Eileen McNamara. He read of a lawyer who said he had “proof that Cardinal Law knew about these abuses and did nothing. And at the end of this column Eileen McNamara wrote something to the effect of ‘We may never know the truth.’ And to Marty that was a red flag and he started asking questions,” McCarthy says.

In addition to getting Oscar nominations, the film has also received a lot of attention from journalists.

“I've heard from reporters all over the country now and the word they keep using is ‘nostalgic,’” McCarthy says. “It made me nostalgic for the period where the press was at the height of their powers, when they when they were fully funded, fully supported and we had professional journalists as depicted in this film doing their work and doing it at extremely high levels.”

McCarthy, who grew up in a Catholic family, says the comments from Catholics on the film have been “surprisingly and wonderfully positive.”

McCarthy has had feedback from personal acquaintances as well as Catholic leaders.

“Cardinal O'Malley, who replaced Cardinal Law in Boston, had some very nice things to say about the film,” McCarthy says. “And throughout the country we've heard that, and then of course in the laity. And then on a personal level ... I’ve been hearing from my mother's friends and, you know, devout Catholics for their entire lives — wonderful e-mails and there's so many communities that have reached out to us.”

“Spotlight,” McCarthy says, did not set out to demonize any particular group of people or institution.

“The sort of macro theme of the movie ... is accountability and personal responsibility and societal deference and complicity,” McCarthy says. “What's our part in this? I think we could ask that about just anything happening today and we should be.”

McCarthy also hopes that the film will encourage new journalists to find new ways of doing important investigative work in a media landscape that has drastically changed over the last decade.

“Hopefully this film may inspire hopefully not just new journalists, but innovators — someone to figure out what's the new model,” McCarthy says, “What this should be a rallying cry for is for strong investigative journalism not just on the national level but in all the small towns and cities.”