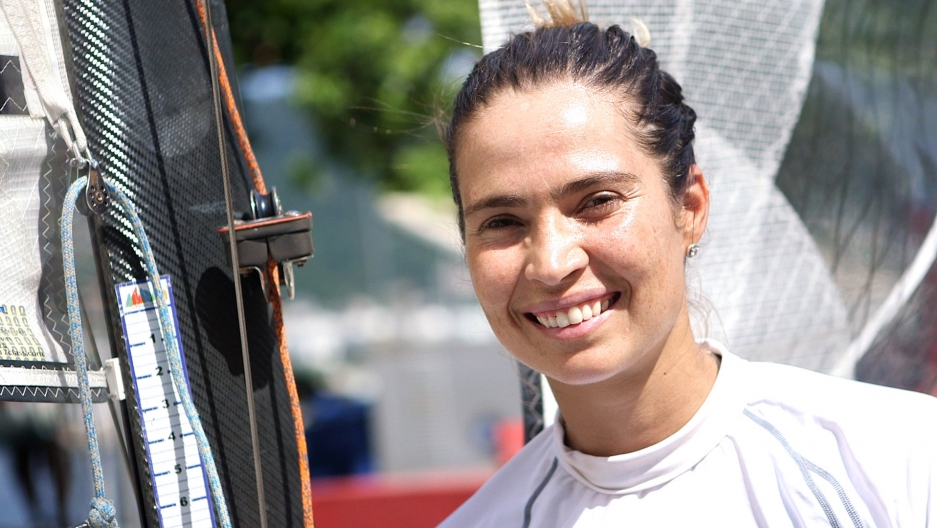 Sailor Isabel Swan has been leading efforts to clean up Guanabara Bay ahead of the Olympics in Rio this summer.

There's a serious water pollution problem that could affect this summer's Olympic Games in Rio: the city’s polluted Guanabara Bay.

It's still an unresolved problem, just six months before the Games begin.

Isabel Swan, an Olympic sailor who won a bronze medal for Brazil at the Beijing Olympics eight years ago, is particularly concerned about the bay. She trains in its waters six days a week.

Despite the fact she’s been sailing here since she was 8 years old, Swan says never gotten an infection from the bay’s polluted waters. But she knows something has to be done, and fast.

“It’s a big problem, a big challenge,” she says.

Garbage barriers now block some of the floating trash that sails in from Rio’s polluted rivers, but those barriers are not going to stop the sewage in-flows that recently prompted Brazilian biologist Mario Moscatelli to call the bay “a latrine.”

Swan is much more judicious, and hopeful about her country’s efforts to clean up the waters before the Games.

“I think they realize — but we are passing through a crisis, political and economic,” she says.

When Swan carries the Olympic torch in her country — she’s the first athlete who will take it up when it comes to Brazil — she’s keeping her sights on much bigger issues, issues she hopes the world’s attention will help Brazil tackle.

“It’s like a light coming to Brazil — a light that Brazil needs: to believe in your dreams…to keep on working hard to make a better country,” she says.