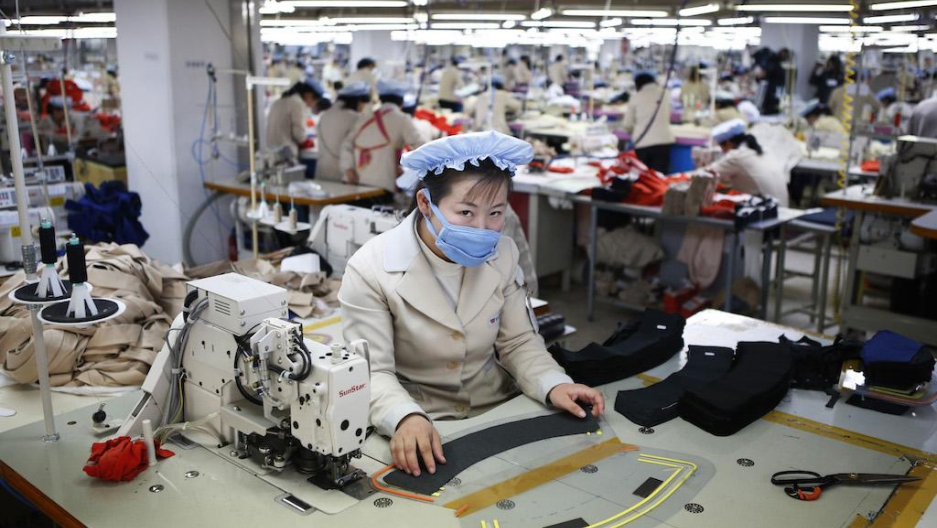 A North Korean at work in the factory of a South Korean company in Kaesong industrial zone inside North Korea, Dec. 19, 2013.

Made in China? Don’t count on it.

Australian sportswear brand Rip Curl made a public apology this week after it emerged that some of its ski gear had been made in one of North Korea’s state-owned factories — some of the world’s worst places to work, whose profits help prop up one of its most abusive regimes.

The leisurewear, destined to insulate snowboarding Westerners for $300+, was labeled “Made in China” before it made its way to retailers.

Rip Curl - To all of our customers... We appreciate the... | Facebook

The ruse came to light when North Korean tour guides showed a group of tourists around the factory in question, Taedonggang Clothing Factory near Pyongyang. One visitor covertly photographed the fake labels and passed the evidence on to Australia’s Fairfax Media.

Rip Curl — which blamed a rogue supplier for outsourcing to “an unauthorized subcontractor” — says that 4,000 items of clothing stitched by North Koreans, all from its Winter 2015 collection, made it to market before the company took action. The supplier has since been disciplined and inspections of all factories making Rip Curl garments will be increased, the company said.

But the problem looks to be bigger than a few thousand ski jackets.

Another traveler photographed what appeared to be Rip Curl clothing on the production line at Taedonggang as far back as July 2014. The factory “currently makes ski wear for export all over the world,” according to a travel company that runs tours of the site.

It’s “highly likely” that other brands are getting some of their garments made in North Korea, said Michelle O’Neil, national secretary of Australia’s textiles union. In fact, so established is the practice of having part of a company’s order manufactured in China and the rest made in North Korea that the industry even has a name for it, she told the Guardian: “China plus one.”

More from GlobalPost: This North Korean is getting rich off capitalism

How does it work? Big brands like Rip Curl send their specifications — what they want made and how much they’re willing to pay for it — to sourcing agents, who find factories that agree to fulfill them. These factories then sometimes subcontract other suppliers, with or without the brand’s permission. As the cost of Chinese labor rises, outsourcing to one of the few countries cheaper than China is becoming more common.

Kim Jong Un’s regime infamously uses its subjects as a pool of cheap labor, putting them to work how and when it chooses. According to defectors' accounts, North Koreans aren’t free to decide what work they do, receive minimal or no compensation, have no right to form unions, and toil under the perpetual threat of being beaten or — worse — sent to a dismal labor camp.

Yet the same abuses make manufacturing in North Korea extremely cheap — a crucial advantage for suppliers competing for orders from foreign brands that aren’t too curious about how they keep their costs down. 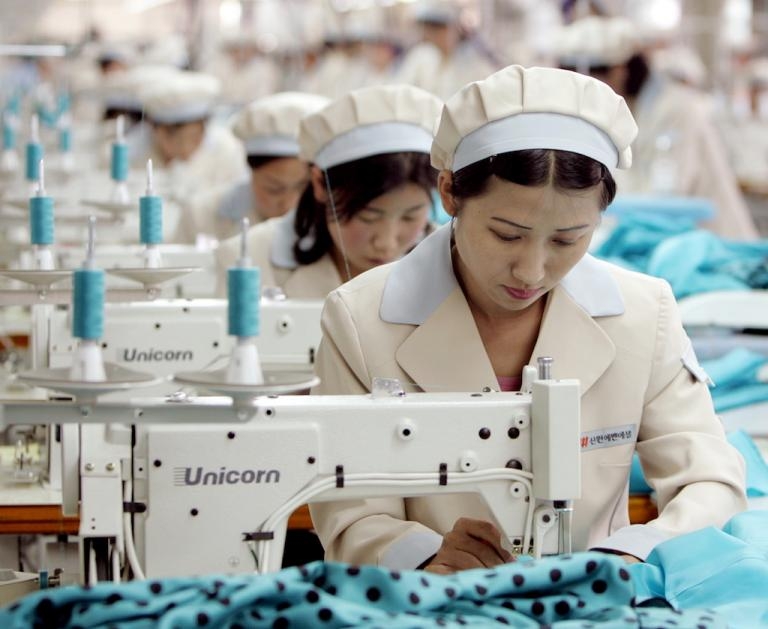 It’s not just complacency that allows North Korea to slip into the global supply chain, however. Other products genuinely made in China are also assembled by North Korean hands. Tens of thousands of North Koreans are thought to be working across its northern border, in the textile industry as well as in construction, mining and logging.

They’re not there by their own choice. According to a United Nations investigation, North Korea’s government farms out its own people to employers abroad, who pay Pyongyang for their services. The workers themselves, slaving up to 20 hours a day under the watchful eye of North Korean minders, receive a pittance.

The UN estimates that more than 50,000 North Koreans are engaged in overseas forced labor, mainly in China and Russia but reportedly in several other countries including Malaysia, Cambodia, Qatar and Poland. Others say the real figure could be double that in China alone.

More from GlobalPost: Is it cool to visit North Korea as a tourist?

The uncomfortable truth is that North Koreans could be making more of our stuff than we think. While sticking a “Made in DPRK” label on products would put off most customers in the West — not to mention customs officials — there is one place where it’s an advantage: North Korea.

According to DPRK watchers at the Daily NK website, North Korean factories have taken to repackaging imported Chinese products as domestically produced, in response to complaints from Kim Jong Un about the people’s “sickness for preferring foreign-made goods.”

Why do North Koreans prefer imports? Because their country’s own offerings are typically thought of as “low-quality and undesirable,” according to Daily NK.

Tell that to the snow bunnies who just paid hundreds of dollars for a North Korean-made ski jacket.