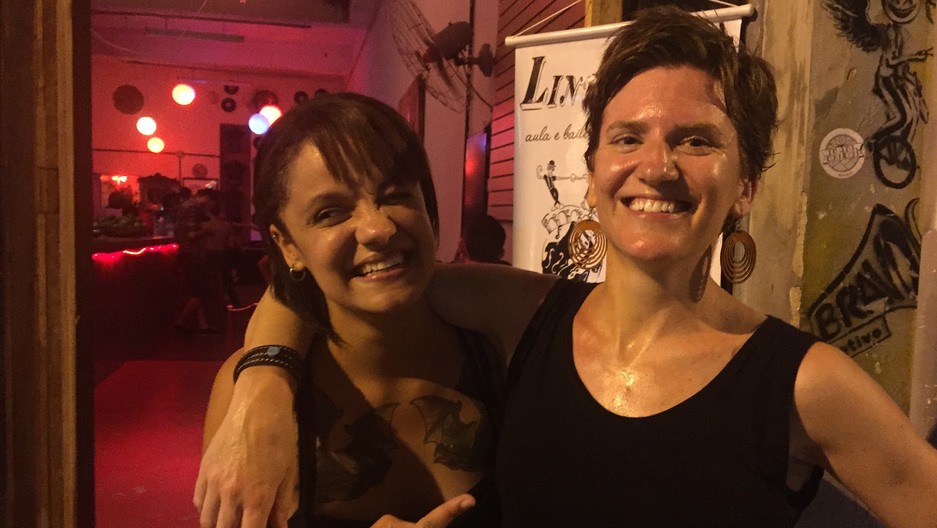 I thought I knew Anne Bailey. Anne’s the video journalist on the Across Women’s Lives team. Anne and I have traveled together a lot — to India, Kenya and now Brazil.

But it turns out that there is so much about Anne that I didn’t know.

Like the other day when I was in the car with Anne and she started speaking Swedish.

I asked Anne why she learned Swedish. When she started telling me — it was too good NOT to record. 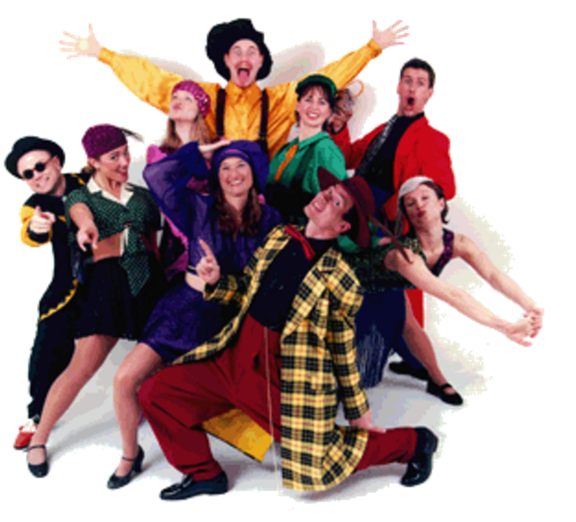 The Swedish dance troupe the Rhythm Hot Shots took the original Savoy style Lindy Hop from Harlem back to Sweden in the '80s.

I sat down with Anne in our rented apartment in Rio, turned on my mic and interviewed her. And she told me the story.

“Oh God,” she says and then sighs. “I speak Swedish because I got really into this bizarre dance called the Lindy Hop. And the Lindy Hop — even though it’s this American dance that was from the 20s and got started in Harlem — it’s actually done really, really well in the world by Swedes.”

“So you moved to Sweden to join a dance troupe?” I ask.

“Well, I started going to Sweden every summer to go to a dance camp that was put on by these Swedes. The group that put on this camp were called the Rhythm Hot Shots. You know, my ultimate dream was to one day be a member of the Rhythm Hot Shots — that was the fantasy.”

Frankie Manning (in overalls) choreographed this savoy-style Lindy Hop routine with other members of Whitey's Lindy Hoppers in NYC for the 1941 film Hellzapoppin'.

Anne left what she calls “a legitimate job” in DC to train with the Rhythm Hot Shots.

I had to ask the obvious question: “So you were going to learn the more down and dirty, less white version of Lindy Hopping from Swedes?”

Anne tells me the irony is not lost on her.

Anne told me that she loved dancing the Lindy Hop. But after training with the Rhythm Hot Shots for six months — she realized that she wasn’t going to be good enough to join the troupe. 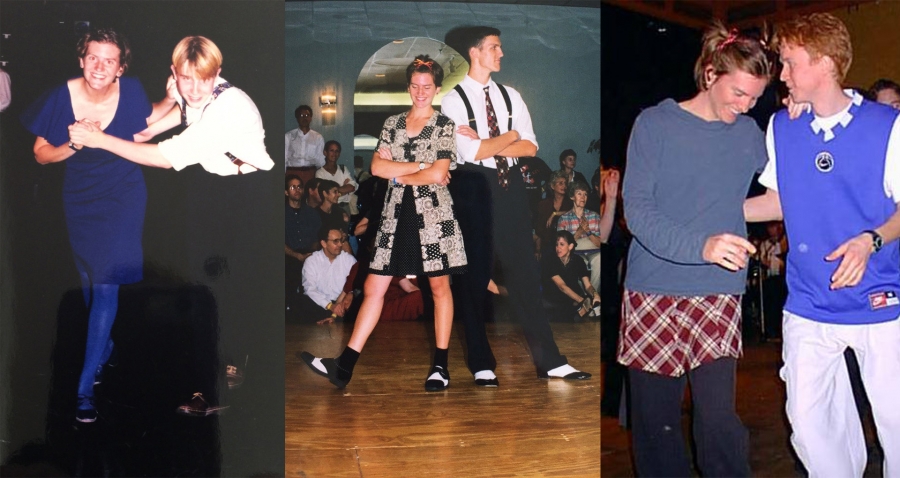 The evolution of a Lindy Hop nerd...

Anne moved back to the US; she more or less stopped dancing.

But we’re in Rio and Brazilians love to dance. We did some research. It turns out that there is a club in Rio where dancers gather on Thursday night to get their Lindy Hop on.

We piled into the car and drove to a bar in the Lapa district of Rio — the center of the city’s nightlife.

And there we find them. It’s a small group — about a half dozen 20-somethings tucked in the back of the bar.

The Lindy Hoppers stand in somewhat awkward partnerships. At the front, an ultra-cool looking hipster couple is giving a beginner’s lesson.

We sit at the bar and Anne assesses the dancers. “I think it looks good. Not super high level, but they know what they’re doing basically.”

But Anne doesn’t leave her perch at the bar. She watches as the lesson ends and the dance party starts.

It’s a sticky night, so we step outside to get some air. A Lindy Hopper named Gabriela stands outside with us.

She says that she moved to England for a while and learned to Lindy Hop there and she loves that this 20s-era dance is now having a revival.

“Yeah, it’s really exciting that it’s survived this long,” she says. ”Actually in the '80’s, a group of Swedish people and some Americans found out about the dance. It’s when Lindy Hop came back to life.”

Gabriela is joined by the Lindy Hop instructor, Cynthia.

I tell them that Anne used to train with the Rhythm Hot Shots.

The only way I can express their reaction? Hysteria.

The women start screaming together and jumping up and down.

And that seals it. The instructor grabs Anne’s hand and off they go to the dancefloor.

Then it happens. Anne starts dancing Lindy Hop. And she OWNS the dance floor.

Heads turn and dancers stop to watch her. She is positively radiant.

After wowing the crowd, she joins me back at the bar and describes how it felt.

“Yeah, that felt fun. It comes back, mostly I think, but I’m super out of shape. Did I look like I know what I’m doing? she asks.

I tell her the truth. “Anne, you looked amazing.”