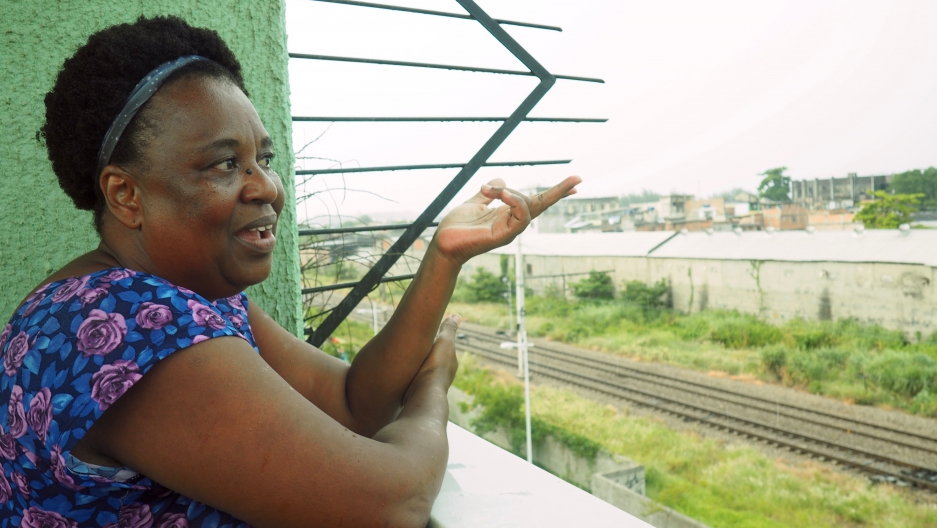 Gleide Guimarães overlooking the Manguinhos favela, where she and 40,000 other residents live without basic sanitation.

As researchers in Brazil and around the world rush to figure out more about the link between Zika and the birth defect microcephaly, many Rio residents say the answer to the health crisis lies not in a laboratory, but in the mud.

“It’s showing where the government actually invests, and where it doesn’t,” says Gleide Guimarães, an activist who lives in the Manguinhos favela, a low-income neighborhood that is home to around 40,000 people.

One in five Rio residents live in favelas, which have long gotten the short end of the stick as far as public services go. They are high-density areas that — like much of Brazil — lack basic sanitation. Brazil’s government estimates 40 percent of homes in the country are not connected to a sewage system.

And things are not looking up: The budget for improving basic sanitation in Brazil was cut by 70 percent this year. Meanwhile, the Brazilian health system has pledged an estimated $34 million a year to help children affected by microcephaly, and it is spending around $126 million to fight the spread of Zika in this year alone. 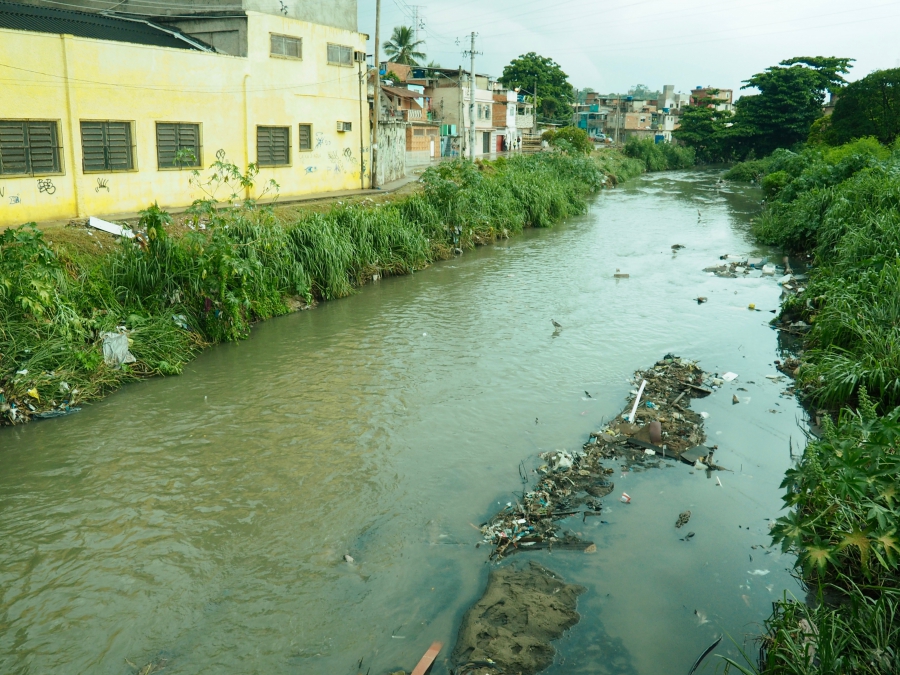 A canal intended for stormwater runoff in Rio's favela Manguinhos is polluted with sewage.

Guimarães, 57, had tuberculosis twice as a young girl; doctors blamed it on the fact that she lived in areas with little air circulation and major sanitation problems. Now a former health administrator in Manguinhos, she has taken part in different research projects to track public investment in the neighborhood. She says there’s no question what the government’s spending priority should be.

As researcher Marcelo Firpo of Brazil's National School of Public Health puts it, “There's a wide consensus that for each dollar you spend on basic sanitation, you save $4 down the line in sanitation-related diseases.” To Firpo, the lack of basic sanitation in Brazil is the number one factor behind the spread of the Aedes aegypti mosquito — a breed that carries not only Zika, but also chikungunya and dengue fever which have killed hundreds here.

In 2007, a $300 million public works program in Manguinhos was supposed to work with residents to determine their first priority for investment. “Our biggest fight as a community movement was that basic sanitation would be the priority,” says Guimarães. Some improvements were made, but in the end, 60 percent of the money was spent on a flashy railroad overpass.

Walking around Manguinhos, Guimarães points out low-quality public housing that is less than five years old and potholes in roads that accumulate standing water.

"This here is a public road, it doesn't have anything to do with residents,” she says, pointing to a wet pile of trash. “And it's been like that for months." Manguinhos is home to many pregnant women and several suspected cases of Zika virus. 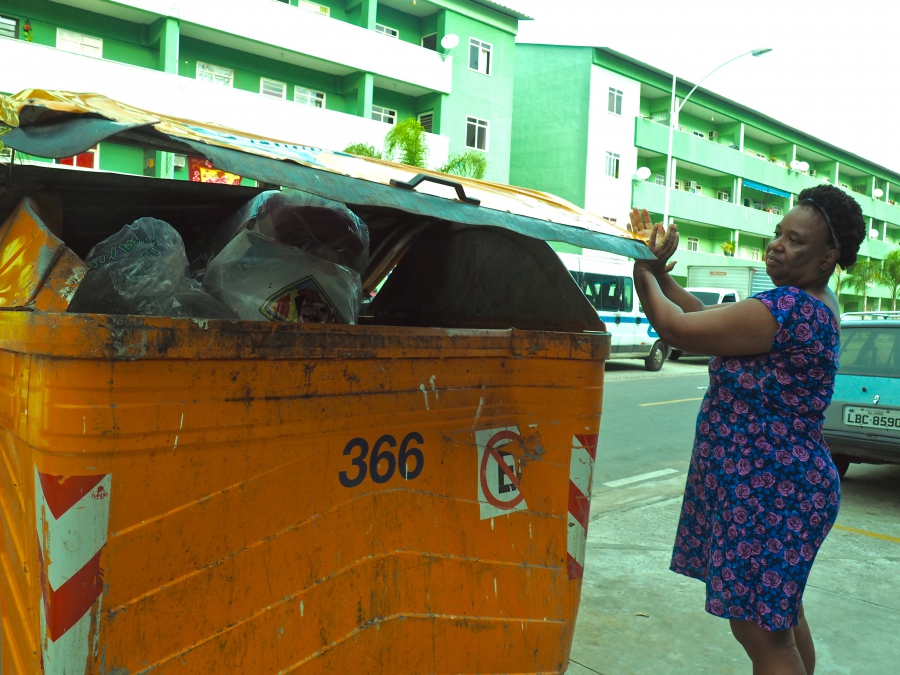 Gleide Guimarães points out the extent of trash and standing water in her neighborhood.

One thing that's been stopping health officials from dealing with trash and standing water in favelas is a fear of crime, says Rio Health Vigilance coordinator Marcus Ferreira. “If there is a shootout, there’s no way we can work there,” he told me last month.

But researcher Marcelo Firpo says recent history refutes that assumption. “Here in Manguinhos and in the favela of Rocinha, huge public works were carried out in direct negotiation with the drug traffickers.”

“What the government wants to do, it does,” says Guimarães. But there’s one ray of hope in all of this: Because activists like Guimarães have stayed persistent over the years, government health workers are now partnering with favela residents to go door to door to check for standing water and mosquito risk — even in areas that are technically outside government control.

“You have to understand how things actually change” in order to improve your community, says Guimarães. “You have to vote,” she continues. “And you have to track politicians who make commitments, and record whether they complete them.”

Guimarães, who is not college educated, started a history degree at one of Brazil’s most prestigious public universities this year. “If we use different methods of staying in the fight” for neighborhood improvements, she says, “we just might be able to aim the rock in the right place to hit a giant.”