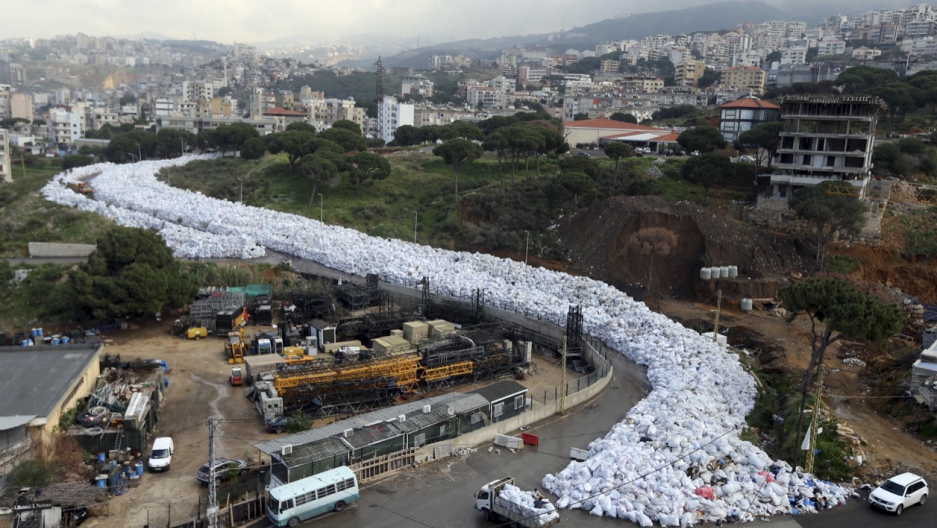 Packed garbage bags in Jdeideh, Beirut, Lebanon on Feb. 23. Lebanon canceled a plan to export its trash to Russia on Friday, a government agency said, sending Beirut's six-month garbage crisis back to square one as mountains of trash choke the city's air and streets.
Credit: Hasan Shaaban
Share

Those are no white water rapids, folks. Those are heaps of garbage bags sitting, and stinking, in a suburb of Lebanon's beloved capital Beirut.

That new photo is running wild on the internet. But the problem is not new. It began this past summer, and GlobalPost’s Richard Hall has been chronicling this sign of dysfunction in one of the Middle East’s most cosmopolitan cities.

In a nutshell: Lebanese authorities closed Beirut’s main landfill back in July, but never came up with a viable plan B. There was even an idea to ship the garbage off to Russia, which, as Reuters reported, fell through last week.

Hall's latest story suggests the river of trash is not going away.

Read more: Beirut is bracing itself for another trash-pocalypse