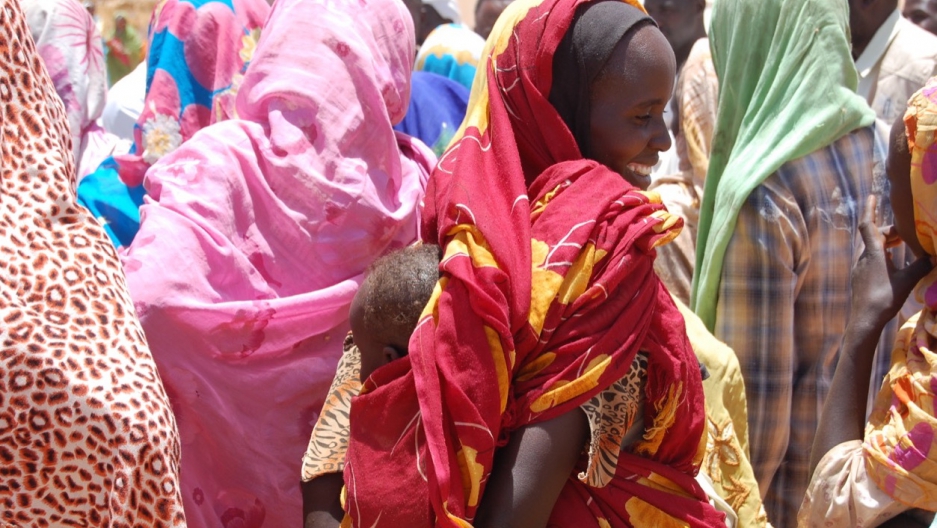 The Darfur conflict erupted in 2003, leading to the death and displacement of hundreds of thousands of Sudanese citizens and capturing the world’s attention.

Three years later, the Darfur Peace Agreement was signed — but the war raged on. Then, in 2011, came another peace agreement, the Doha Document for Peace in Darfur. Again, the conflict continued.

The Darfur peace process has stalled, and is now contingent upon the political opposition’s decision whether or not to join a national dialogue with President Omar al-Bashir’s government. As the region wavers in violent limbo, one community in Darfur has refused to wait for peace to come to them. Instead, they went out and made peace for themselves.

Al Malam lies 600 miles southwest of the political apparatus of Khartoum. It’s at the foot of the rebel-held Jebel Marra mountains, and at the heart of the Darfur conflict.

Al Malam’s community includes rival Fur and Arab tribes. Tens of thousands of ethnic Fur were displaced from there in the government’s initial military campaign in 2003. The area has endured relentless and vicious sparring between government-backed Janjaweed militias and rebels for the last decade.

Spearheading an initiative for peace in Al Malam was Lukman Ahmed, a journalist originally from Al Malam who moonlights as a peacebuilder. Ahmed believed that if he could develop the area around Al Malam by rebuilding schools, hospitals, and markets, he could provide enough incentive for Al Malam’s residents to return home from the internally displaced persons (IDP) camps to which they’d fled, and to live together peacefully in the name of improving their livelihoods. So Ahmed did just that.

With funds raised from the Sudanese diaspora in the United States and international groups, Ahmed’s organization, Malam Darfur for Peace and Development (MDPD), rebuilt Al Malam and the surrounding villages. When displaced residents living in the camps heard about MDPD’s work, they decided to give their hometowns another chance.

After the initial batch of Al Malam residents returned to the area, MDPD facilitated peace dialogues between the rival tribes. A group of women formed a peace committee, composed of traditional leaders from all the surrounding communities. And when the rebels and Janjaweed militias returned to Al Malam, they were told: “Enough.” Al Malam was done with fighting. With or without a political agreement implemented from Khartoum, they were moving on from war.

The story of Al Malam’s recovery is no fairy tale. Many displaced people are afraid of leaving the camps, fearful of returning home to more attacks from government militias, and suspicious of any effort to move them from the camps. For many, they have nothing to return to; their homes were burned to the ground, their families killed, and their land stolen.

Countless questions remain unanswered: How will this issue of land rights be addressed? Will there be justice for the people who were killed? What happens to IDPs who would rather stay in the cities they fled to? All of these questions will need to be part of a larger conversation about transitional justice and reconciliation.

In the meantime, the people of Al Malam will continue to give peace a chance. Once the rival tribes around Al Malam realized they could achieve more by living in peace than fighting each other and fleeing to camps, trade routes through the area reopened, markets filled up again, and commerce began to rise.

MDPD is now expanding its work to other areas of Jebel Marra, hoping more communities will recognize the dividends of peace. While ongoing conflict ravages other parts of Darfur, Al Malam is proof that when a community wants peace and development, they don’t need to wait for a national political process. They can sideline the spoilers and make peace for themselves.

Katie Campo is a Sudan expert at the National Endowment for Democracy. She previously served as a political officer at the US Embassy in Khartoum, Sudan, where she specialized in Darfur. Katie writes in her personal capacity, and views expressed are her own. You can follow her on Twitter at @KatieCampo1.